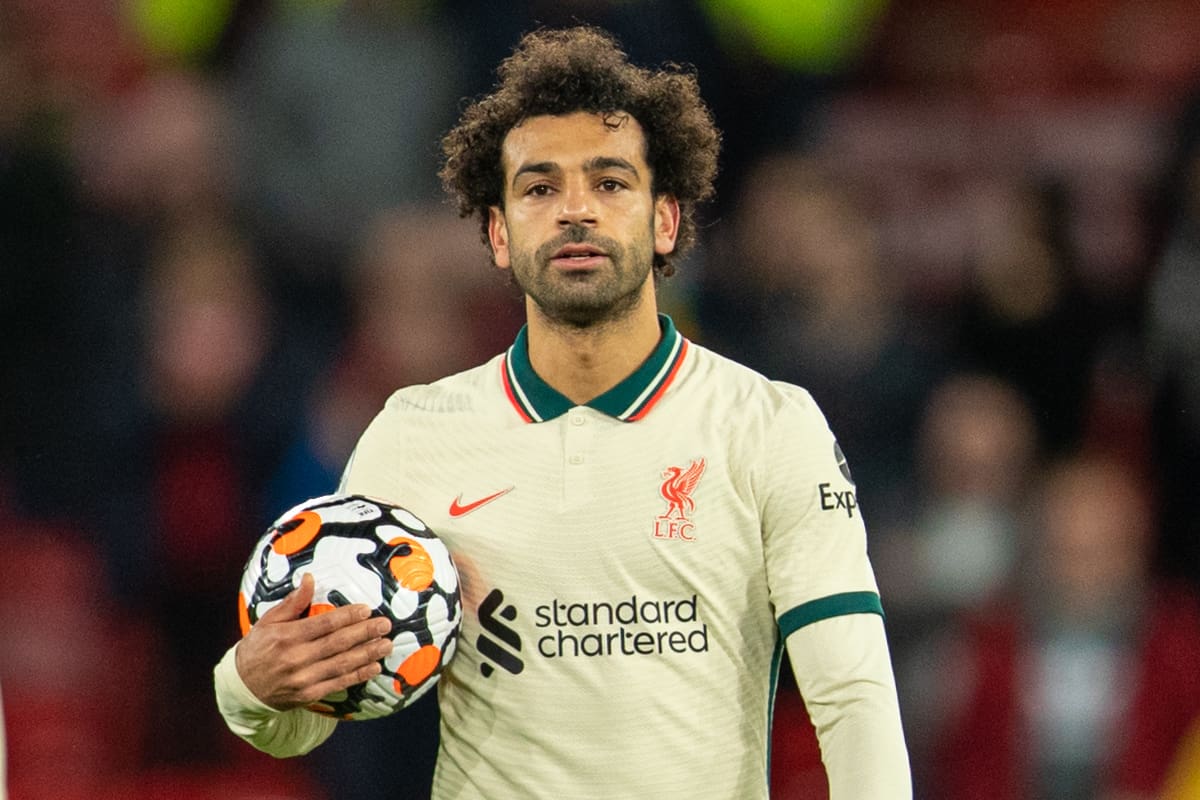 Mohamed Salah made it clear the Reds are going for the Premier League title after netting a hat-trick to destroy Man United on Sunday.

Chelsea racked up a big win on Saturday to be proclaimed title challengers and Man City won again to remind of their quality, but Liverpool’s victory is the statement one of the weekend.

The Reds humiliated United with a five-goal showing, with Salah hitting the third, fourth and fifth to make it 15 for the campaign already.

At the quarter-point of the season, it leaves those three starting moving to clear and Salah making it clear that the Reds want their crown back.

“We won the Premier League two years ago and know what it takes,” he said on Sky Sports.

“It’s still one game. You win away at Man United and it’s really big, but it’s still three points so we just focus on the next game.

“From the beginning of the season we try to win each game. We play for the title. The players and manager are like that, we play to win everything. In our heads from the beginning, we need to win the Premier League – hopefully we’ll go for that.” 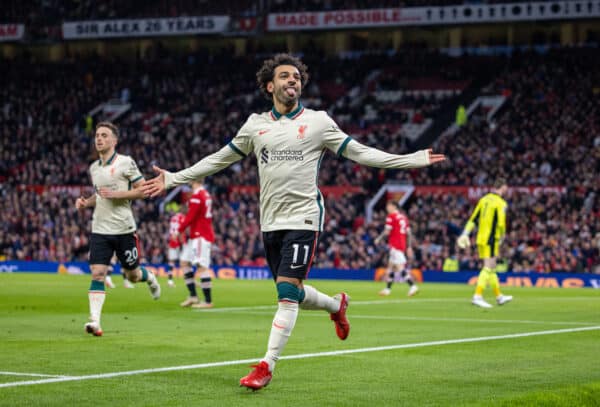 Salah’s goals continued to set and re-set club records, with him now netting in 10 straight matches in all competitions.

His focus, incredibly, remains only on aiding the team in every regard, not just finding the net, and he made the point that he could even have had more – and the whole side wanted to keep going despite being miles clear at the break.

“I think it’s great to win 5-0 here away, we knew before the game it would be tough, we managed to play our football from the beginning and made the game a bit easier.

“In our head we knew we had to give 100% and dominate the game. As a team from the beginning we just tried to play our football, get the ball between the lines and keep the ball as long as we could to create more chances.

“If the team keeps winning I’m more than happy. The first one I could go alone but I gave it to Naby! I’m always giving my best to keep the team win and that’s the most important thing.

“After half time we were talking in the dressing room that we need to write history, keep going and scoring as much as we could because chances like that do not come often. We knew it would be tough if we didn’t dominate the game – which we did.”

The Reds are back in action in midweek, though Salah isn’t likely to be involved against Preston in the League Cup.

After that, though, it’s the Premier League and Brighton at home – where Salah will no doubt look to keep re-setting records and keep the Reds in the hunt for the title.