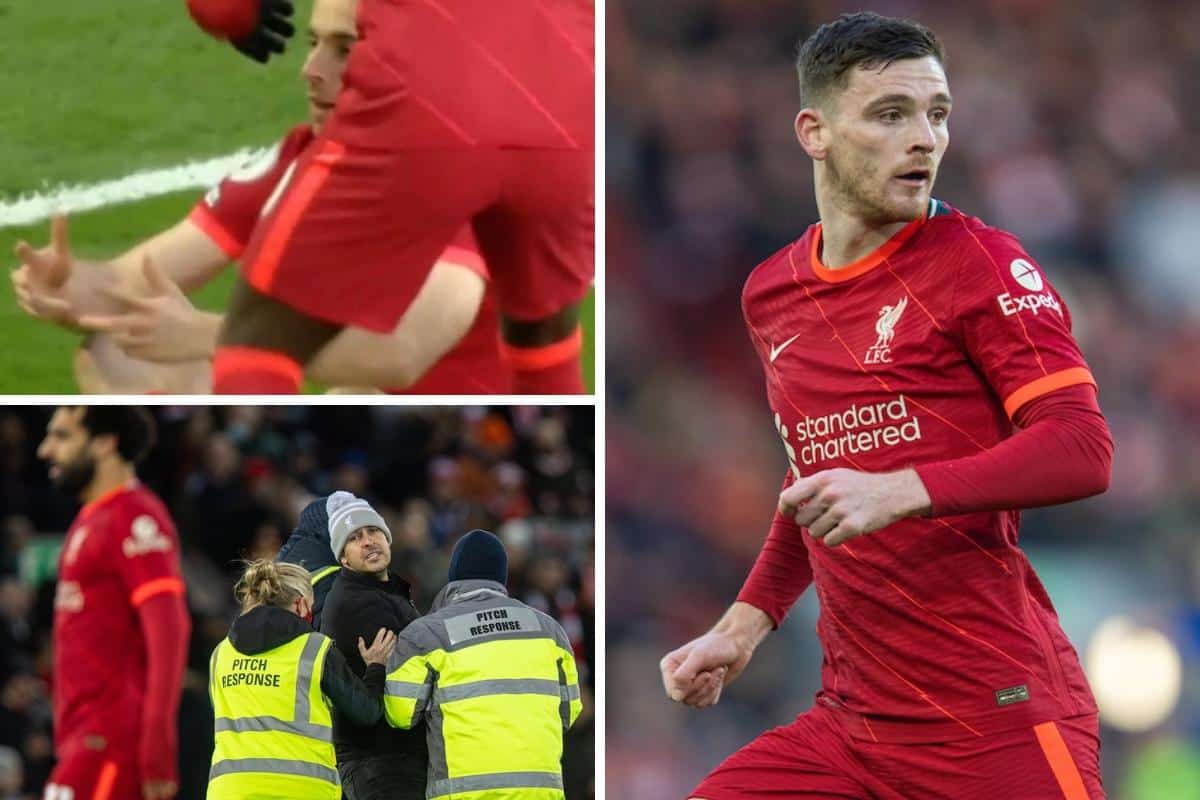 Liverpool produced another emphatic showing as they roared to a 4-0 victory over Southampton at Anfield, with a brilliant story behind Diogo Jota‘s goal celebration.

The Reds were rampant from the first whistle as Ralph Hasenhuttl’s switch to a 3-4-3 shape backfired spectacularly, with Jota grabbing the first goal in the second minute.

Another from Jota and a brilliant effort from Thiago made it 3-0 before half-time, with Virgil van Dijk volleying home from a corner after the break to seal the win.

It was Liverpool’s third Anfield victory in eight days, with those wins over Arsenal, Porto and Southampton seeing a combined 10 goals scored with none conceded.

Jurgen Klopp‘s side are on a brilliant run heading into the Merseyside derby, with fans savouring this latest triumph. 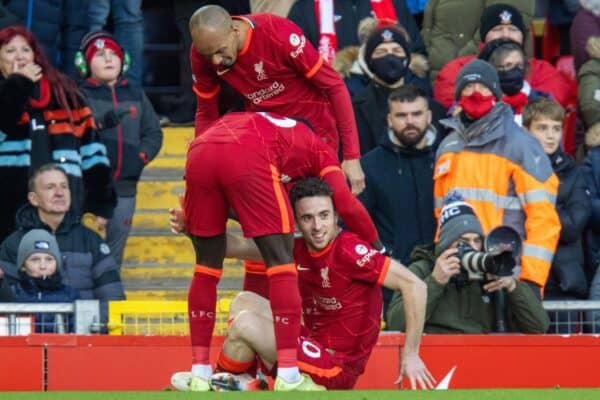 Jota had already gone close to finding the opening soon after kickoff, but made no mistake as he converted from Andy Robertson‘s low cross to make it 1-0.

Wheeling away, the Portuguese promptly sat down and pretended to play with a PlayStation controller in celebration.

As it turns out, Jota had competed in a FIFA 22 tournament hours before kickoff, but was forced to pull out of his international qualifier to make his way to Anfield with the team.

Diogo Jota spent his morning playing a competitive FIFA 22 international qualifier. He had to leave the tournament early because he was playing Southampton at 3 p.m.

He scored after 97 seconds, hit a FIFA celebration, then added another goal in the first half ? pic.twitter.com/ubhCz1Ry3e

So Jota played in this mornings FIFA qualifier and then forfeited to go and score 2 goals in the Prem ?

Salah and the fan 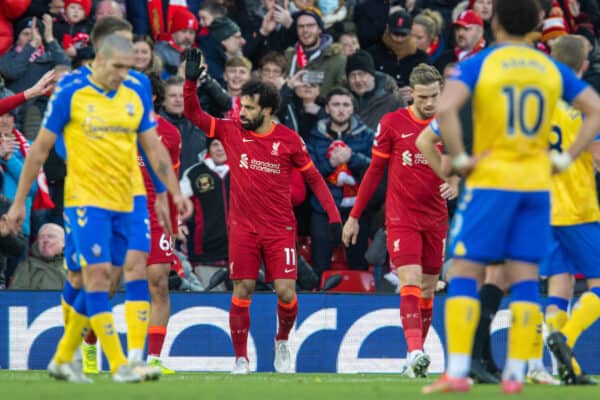 One of the worst growing trends in modern football is the entitlement of fans when it comes to asking for players’ shirts and, even worse, selfies on the pitch.

Not a game goes by without a child in the stands holding up a homemade – or worse, as seen at Spurs’ Europa Conference League loss to NS Mura in midweek, professionally printed – sign asking ‘please can I have your shirt?’.

Saturday saw a grown man run onto the pitch at full-time at Anfield, holding his phone out and hoping for a photo with Mohamed Salah.

What a photo. A grown man ? pic.twitter.com/SqGjM6QZvZ

There was a sense of joy, then, as he was led away having had no luck. Just enjoy the game from the stands, mate.

Remarkably, Saturday was the first game since the 7-0 victory over Crystal Palace in December 2020 in which both Robertson and Trent Alexander-Arnold assisted a goal.

Much of that owes to injuries and a restriction of their roles in the absence of senior centre-backs last season, and it was pleasing to see them both in such strong form.

The first time in almost a year they’ve assisted in the same game (since the 7-0 vs. Crystal Palace) https://t.co/i2oH8wCki1

Alexander-Arnold’s assist for Van Dijk’s volley was his 40th in the Premier League, making him the third-youngest to reach that milestone in the English top flight: 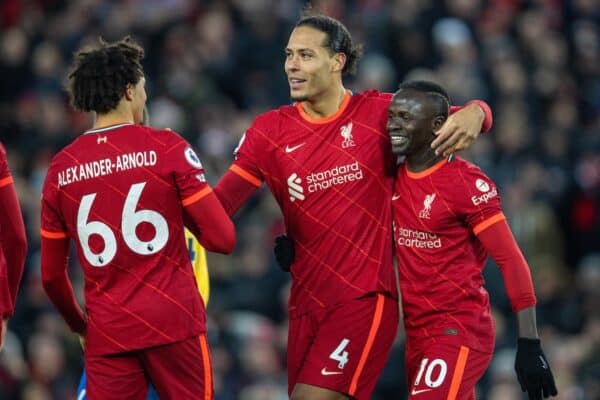 Neither Salah nor Sadio Mane got themselves on the scoresheet, but with Jota netting twice, Liverpool strengthened their grip on the Golden Boot.

As it stands, Salah (11), Mane (seven) and Jota (seven) are the Premier League‘s three leading goalscorers for the campaign – with Jamie Vardy also on seven – while Roberto Firmino has contributed four.

Salah (eight) is also the leading assist-maker, while Alexander-Arnold (seven) is currently tied for second with Man United‘s Paul Pogba.

?? ? And the top 2 assists… pic.twitter.com/oJoXwpdgfd

Let’s hope Liverpool are top of the table that matters most soon enough!