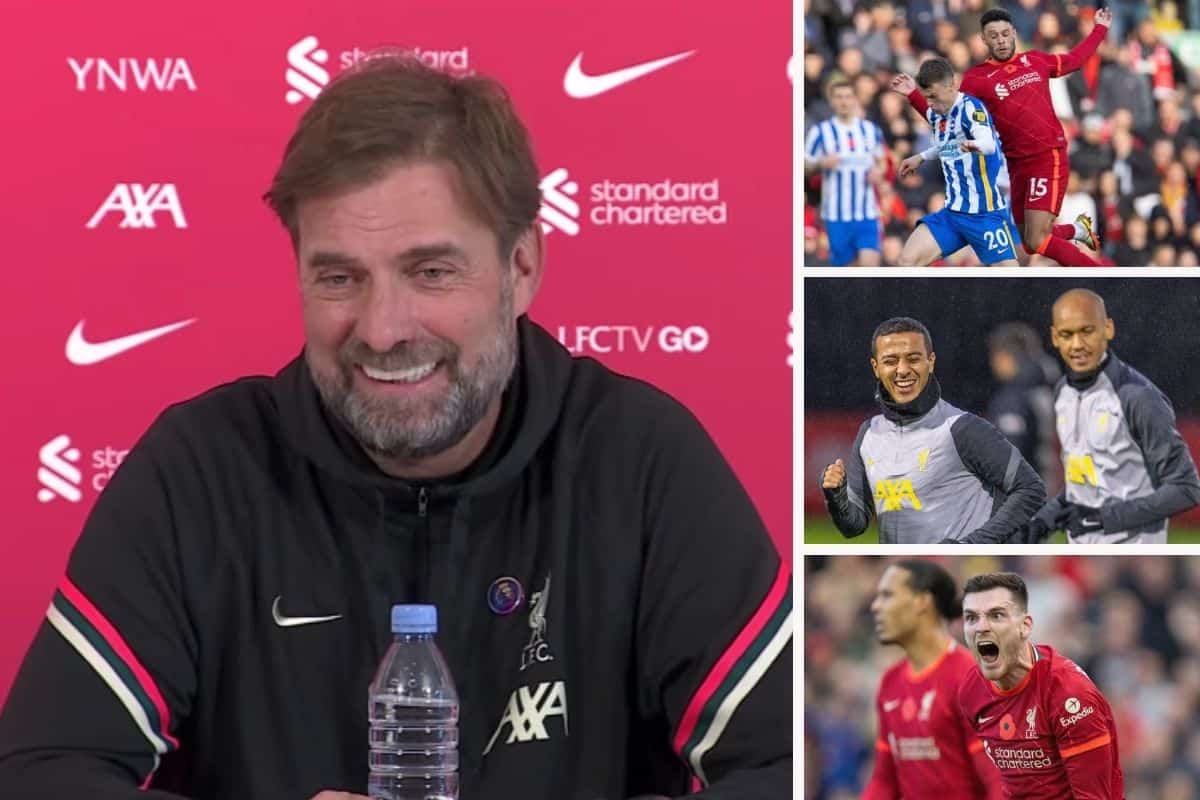 It’s the third game at home in eight days as Liverpool host Southampton on Saturday. Jurgen Klopp addressed the media at Kirkby to discuss topics such as Man United‘s next manager, competition for places in midfield, and plenty more.

Here are five key points from the manager as he previewed Saturday’s league game at Anfield:

1. Rangnick to United is bad news for everyone else! 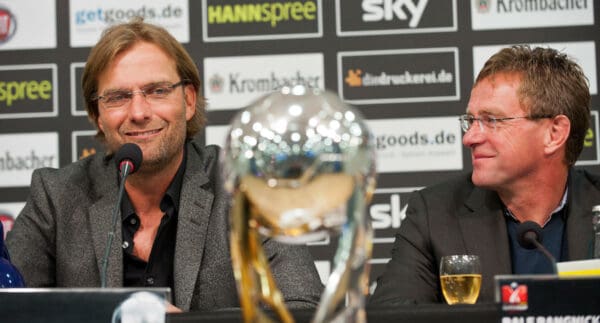 The boss was typically full of praise but in a humorous way, noting how the appointment of Ralf Rangnick at Old Trafford is “obviously not good news for other teams!”

“Unfortunately, a good coach is coming to England, to Manchester United,” he said. “United will be organised on the pitch.

“But, of course, like all coaches in the world we need time to train with our teams and Ralf will pretty quickly realise he has no time to train because they play all the time.”

Liverpool’s next game with United is not until March 19. 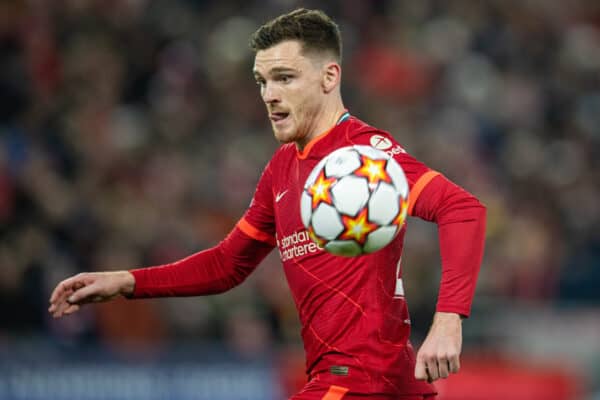 Asked about Kostas Tsimikas‘ form and the competition with Andy Robertson at left-back, Klopp was full of praise for both but his first choice was made abundantly clear.

“It’s a bit strange that people constantly forget how good Robbo is just because Kostas is good as well,” Klopp said. “I don’t doubt Robbo at all.”

“We share the intensity between the two of them. Really happy with the development of Kostas, really happy but Robbo is Robbo.”

3. Decisions to be made 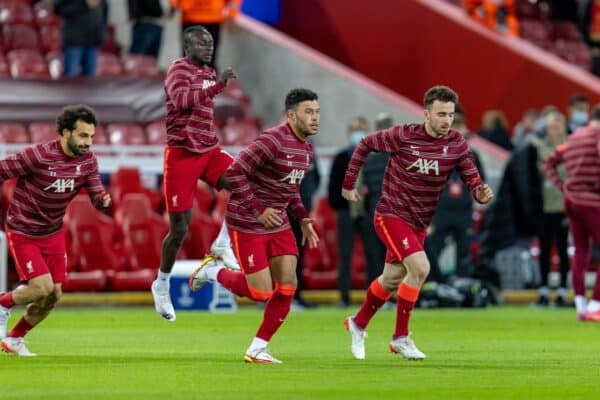 With that in mind, the boss acknowledged that “for the first time in a while I have to make some decisions, which is cool!”

Klopp was referring to his centre-midfield options, saying how he had “two and a half midfielders” a fortnight ago!

Now, with Jordan Henderson back, plus James Milner, he has a decision to make vs. Southampton.

Presumably, Fabinho comes back in, and Henderson should join him – meaning one of Thiago or Alex Oxlade-Chamberlain being rotated out, which the boss did stress will be needed to avoid injury. 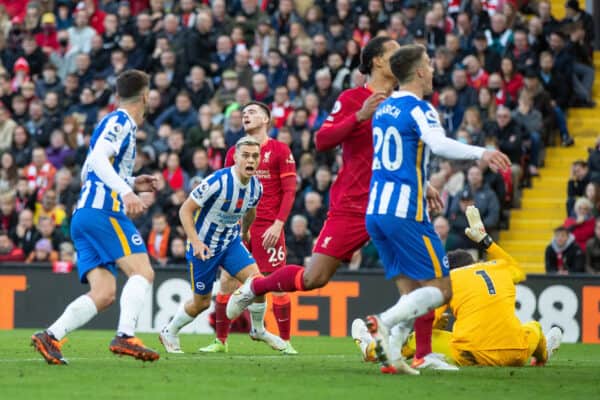 Noting the title challenge with Man City and Chelsea, Klopp pointed at how the quality below the top teams has also improved considerably.

He praised the likes of Brighton and Wolves in particular.

“The improvement of the league you see and the positions slightly below [the top teams], I especially think the way Brighton is playing is absolutely exceptional.

“I think it is the best Premier League we have had so far, since I have been here, for sure, in the last six years. It’s because of the general strength of the teams in the league.” 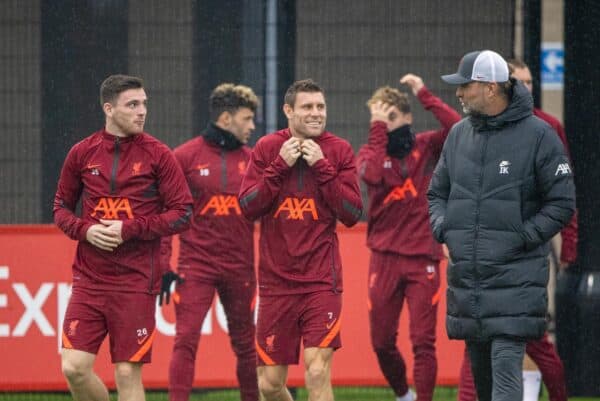 There’s no new injuries after the quick turnaround from Wednesday night’s game, but also no players returning from injury either.

So it remains the case that Joe Gomez, Naby Keita, Curtis Jones, Roberto Firmino and Harvey Elliott are on the unavailable list.