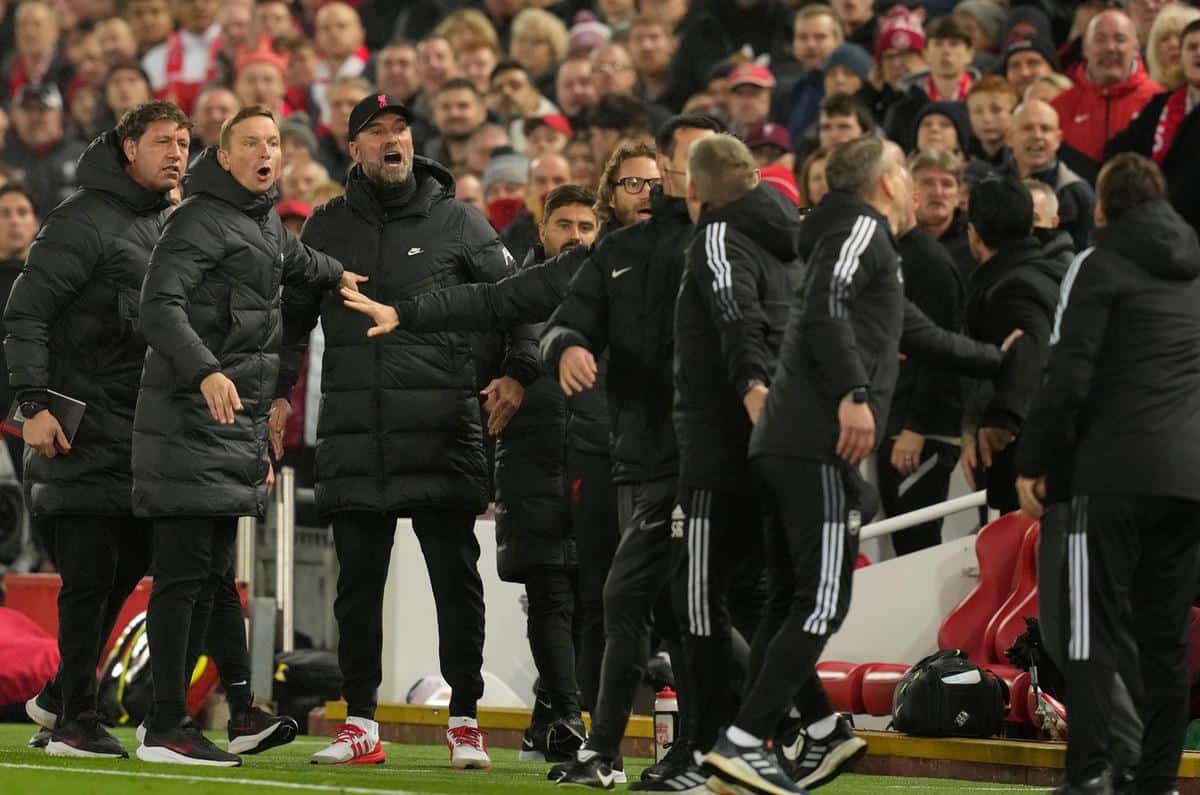 Jurgen Klopp has admitted that his touchline row with Mikel Arteta helped Liverpool in their 4-0 win over Arsenal, but insisted he was merely protecting Sadio Mane.

Prior to their flareup on the touchline, Klopp and Arteta were watching a flat game play out at Anfield, bar a battling display from Mane.

It was Mane’s challenge near the technical area that spurred the Arsenal manager into action, and his protests towards the referee drew the ire of Klopp as a spat developed.

Both managers were booked, and the Liverpool players and fans were brought into life, with the Reds cruising to a 4-0 victory afterwards.

Mikel Arteta and Jurgen Klopp come face to face on the touchline!

From those looking from the outside in, it seemed that their argument was the flashpoint that changed the game, and speaking to reporters after the win, Klopp stressed that he was just “sick of these situations.”

“The [challenge] was a completely clean situation, so nothing happened,” he said.

“Two players jumped in the air, nobody touched the other really – not like a foul – and the bench of Arsenal is going for whatever.

“I just asked ‘what do you want for that?’. There’s no contact really, and it looks like everybody wants a yellow card.

“For me, I’m really sick of these situations, that everybody tries to go for Sadio in these moments.

“But you might remember last year against Real Madrid, he was completely taken out of the game without doing anything. Yellow card and the ref was like ‘you do one more thing, then you’re out’.

“Then Atletico, we had to take him off because of that, and it’s just not right. That’s what I said in that situation.” 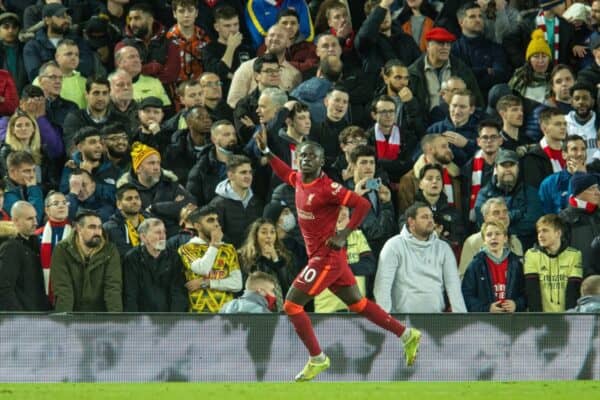 Speaking on the incident further, Klopp was asked if the incident helped Liverpool to gain dominance, and admitted that “maybe the crowd needed a little help.”

“It was not the plan, but if it helped, then it’s OK,” he explained.

“But it still will not happen all the time. I’m very emotional on the sideline, but it doesn’t happen very often anymore that I have any kind of arguments with anybody on the sideline.

“It was a controlled game, but not the most exciting one, and maybe the crowd needed a little help, so defended from that moment first me, then pushed the team.

“That’s absolutely fine, but will not happen all the time.”