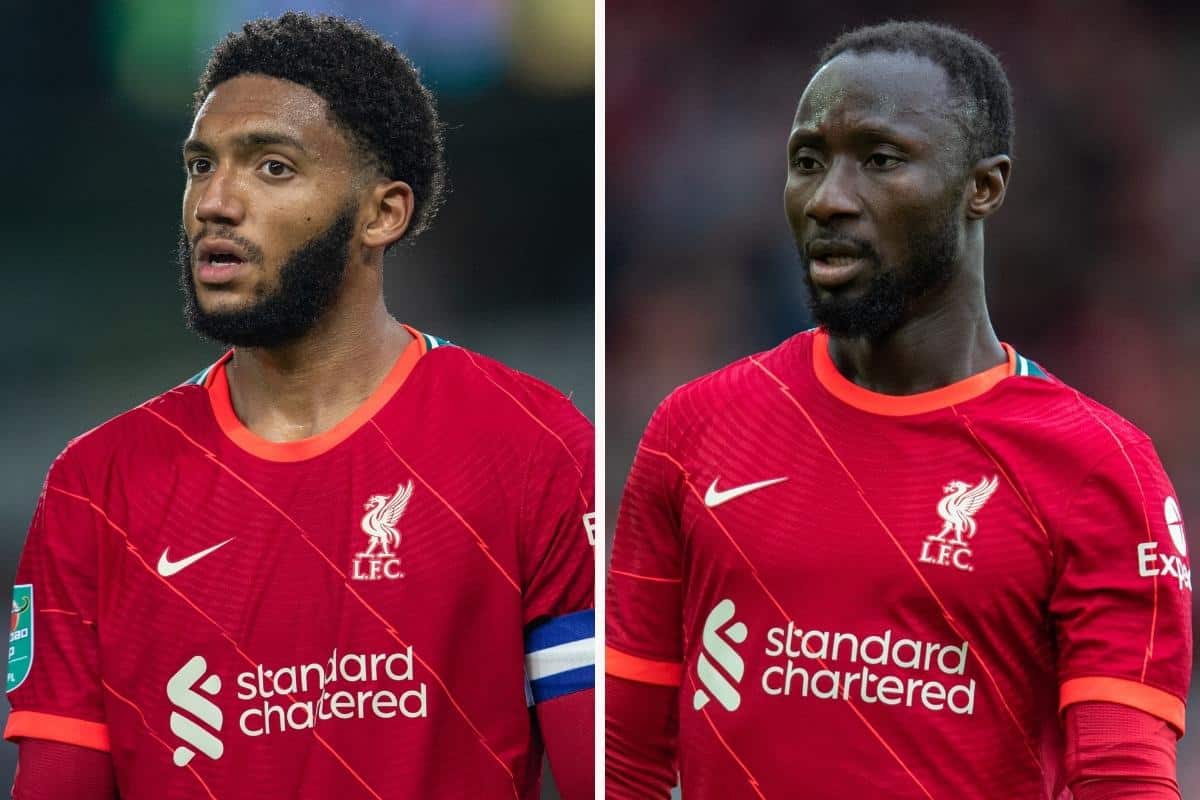 Jurgen Klopp has updated on the fitness of four players ahead of the Merseyside derby, with Joe Gomez and Naby Keita the closest to returning for Liverpool – but not yet.

The Reds head to Goodison Park on Wednesday night looking for another victory, after wins over Arsenal, Porto and Southampton since returning from the international break.

Liverpool’s injury situation has steadily improved in recent weeks, but Klopp will still be without Gomez, Keita, Roberto Firmino, Curtis Jones and Harvey Elliott in midweek.

Speaking to the club’s official website, the manager explained that Gomez and Keita are expected back in full training next week, while Firmino is “a couple of weeks away from being fully back.”

And in his pre-match press conference, Klopp gave further insight into the fitness of his squad.

“Everybody came through well, as far as I know,” he said, with no new injuries from the Southampton game.

“With Curtis, it’s just not in our hands. Curtis is completely fine, he’s doing what he’s allowed to do.

“If you asked Curtis, he could go out and run a marathon, but it’s just not allowed in the moment.

“We have to wait until the doctors give us the green light.”