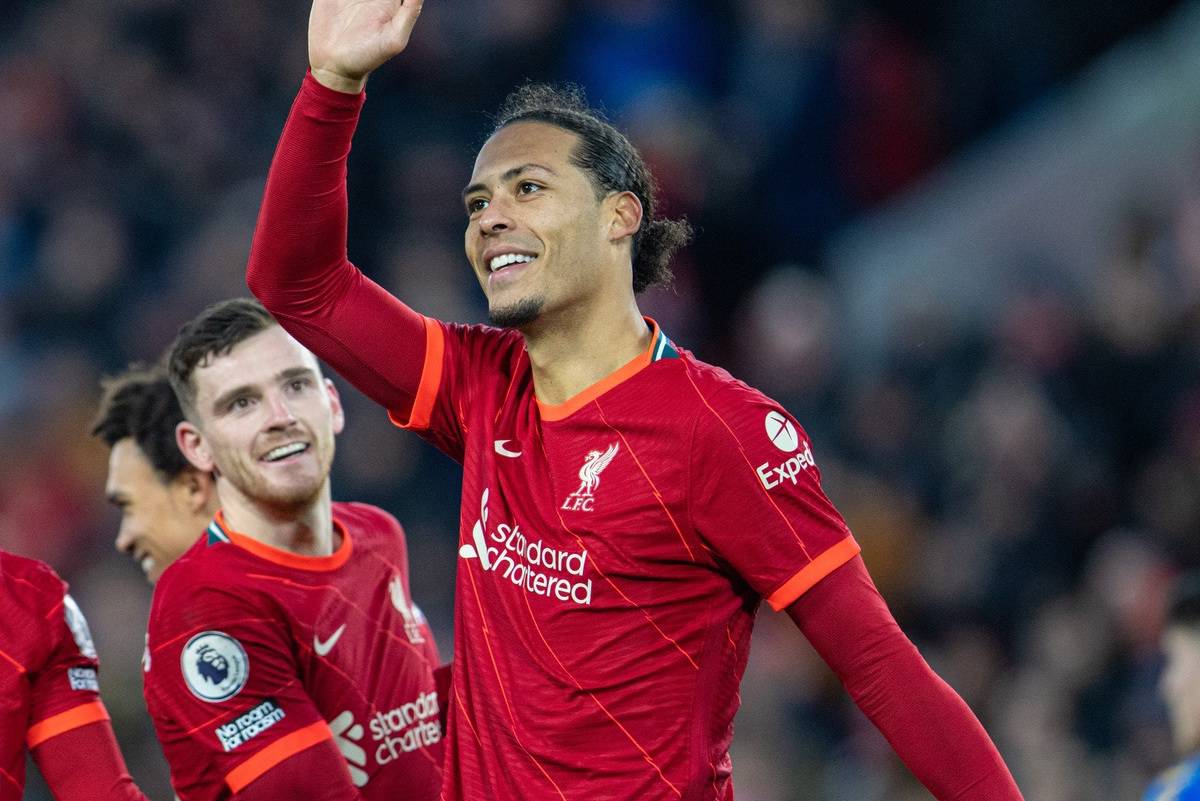 Several players stood out in Liverpool’s 4-0 drubbing of Southampton on Saturday, as the Reds put on an attacking masterclass at Anfield.

Jurgen Klopp‘s men knew a win was paramount as they looked to keep in touch with both Chelsea and Man City.

Liverpool produced arguably their most comfortable Premier League display of the season, comprehensively outplaying Saints and cruising to victory.

Diogo Jota scored twice and there were further efforts from Thiago and Virgil van Dijk, on a perfect afternoon for Klopp’s team. 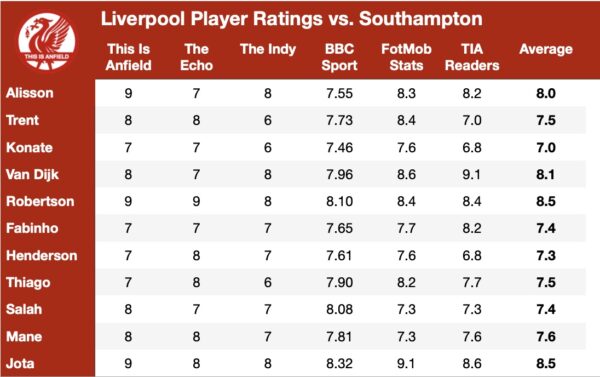 The highest-rated players at Anfield were Andy Robertson (8.5) and Jota (8.5), both of whom were exceptional.

The former responded superbly to a recent dip in form, producing energy and quality down the left flank, while the latter bagged a clincal brace.

TIA’s Danny Gallagher claimed Robertson’s performance showed “exactly why the flying Scotsman is indispensable,” adding that he looked “rested, recharged and thoroughly pleased to be back.”

Meanwhile, Jota produced a “true strikers’ performance,” according to the Independent‘s Jamie Braidwood, saying he “came alive in the box.”

Up next was Van Dijk (8.1), who was immaculate at the heart of Liverpool’s defence and netted his first goal of the season.

Ian Doyle of the Echo felt the Dutchman dealt well with the “swirling wind,” as he “marshalled the back line with authority.”

Alisson (8.0) wasn’t far behind, after making a number of big stops that arguably helped cloud the scoreline a little.

The ‘keeper made three saves inside the penalty area, per FotMob, and also enjoyed an 89 percent pass completion rate.

The worst player on the day was deemed to be Ibrahima Konate (7.0), but this wasn’t an afternoon where anyone was remotely poor.

Liverpool’s next game is a short trip to Everton and a reunion with Rafa Benitez on Wednesday evening (8.15pm GMT).