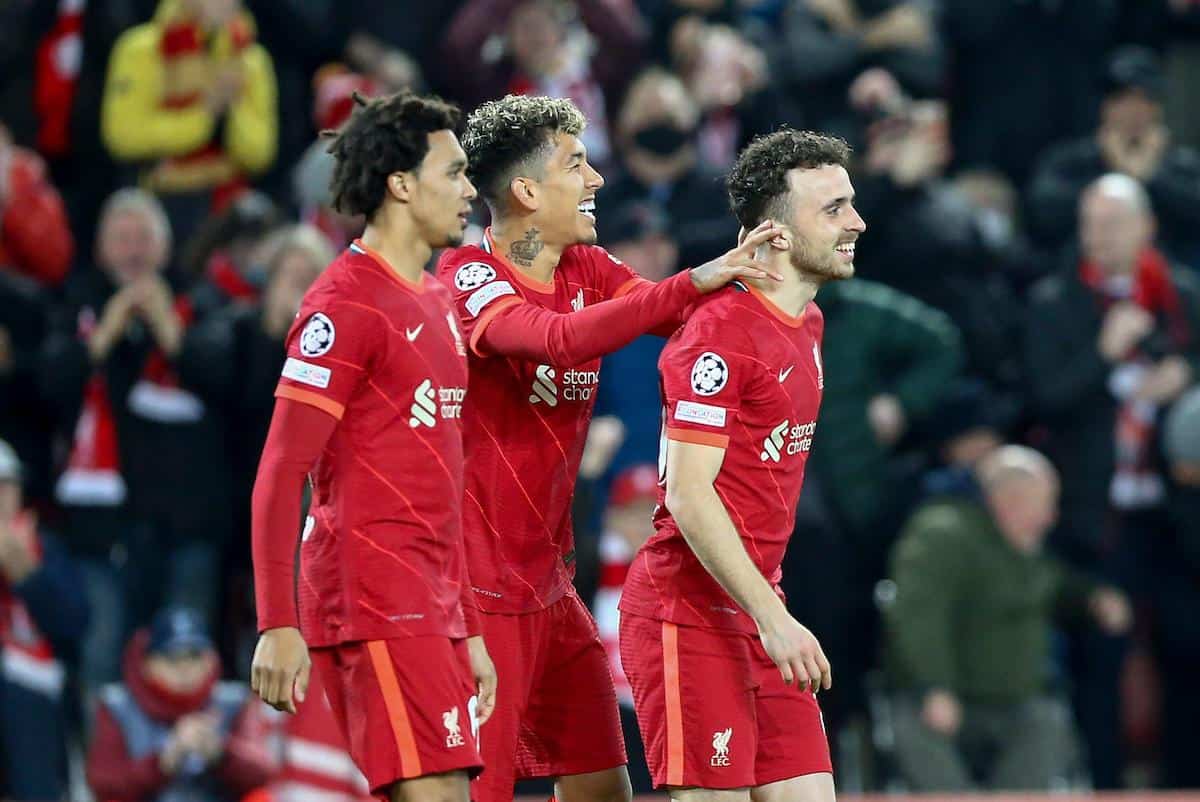 Liverpool sealed their place in the Champions League last 16 as winners of Group B, having made it four wins in a row with a 2-0 victory over Atletico Madrid.

The Reds have won their first four group games for the first time in the history of the Champions League, having seen off AC Milan, Porto and Atletico (twice).

Jurgen Klopp‘s side only needed a draw at home to Atletico to book their place in the next round, owing to Porto’s 1-1 draw with Milan earlier in the night, but they made a mockery of that.

Diogo Jota and Sadio Mane both scored and Felipe was sent off, allowing Liverpool to play out a comfortable final hour in front of their own fans.

After drawing Atletico, Porto and Milan in the group stage draw back in August, the Reds were deemed to have found themselves in the Group of Death.

But after their latest win over the Spanish champions, fans on social media laughed off those suggestions and looked ahead to the last 16:

Top of the group with two games to go and still unbeaten this season. pic.twitter.com/aXNtMAaHww

Liverpool have scored 13 goals in their group of death.

Rest of said group have scored 11 between them.

Qualified as group winners after 4 games in what was described as a really tricky group. Job done Reds ??????

European masterclass. Athletico lost their heads. But the big story here is Liverpool are not just through with 2 games to spare but they've won a "group of death" with 2 to go. What a team

Group of death, my arse.

“Group of death” and we’ve made it look like a Europa Conference League group.

It is a historic achievement for Liverpool, and it could be significant as Klopp looks ahead to a busy festive period that will see his side play nine times throughout December.

One of those games is the trip to Milan on December 7, with the opportunity now to shuffle his pack for both that game and the visit of Porto later this month.

Knowing Klopp and his players, though, they will be desperate to make it six wins from six in so-called Group of Death.