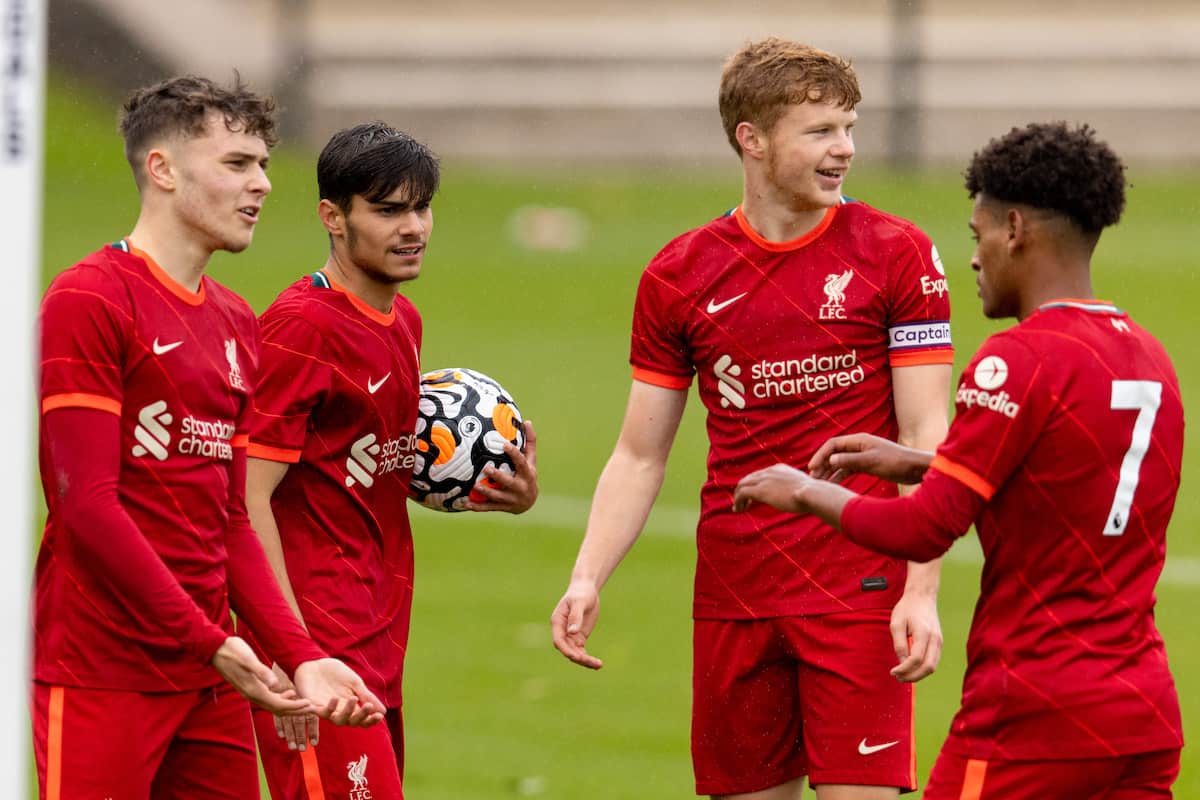 There was no shortage of goals for Liverpool’s under-18s as they succumbed to a late 4-3 defeat against Middlesbrough, with Oakley Cannonier denied a hat-trick to rescue a point.

Marc Bridge-Wilkinson’s side were riding a wave of confidence after impressive victories over Everton and Atletico Madrid in successive games, with the visit of Boro a chance to notch three wins in a row.

There were two changes from the under-18s’ last league game, with James McConnell (knock) and Fabian Mrozek replaced by Wellity Lucky and the returning Harvey Davies.

It forced a shift with Stefan Bajcetic moving out of central defence and into midfield, an area of the pitch that even in the youth set up Liverpool did not have any luck with injuries.

Captain Luca Stephenson was the latest casualty of a hamstring injury after charging down the right-wing before calling for immediate assistance in obvious discomfort.

He was replaced by Michael Laffey for his second game of the day having earlier featured for the U16s. 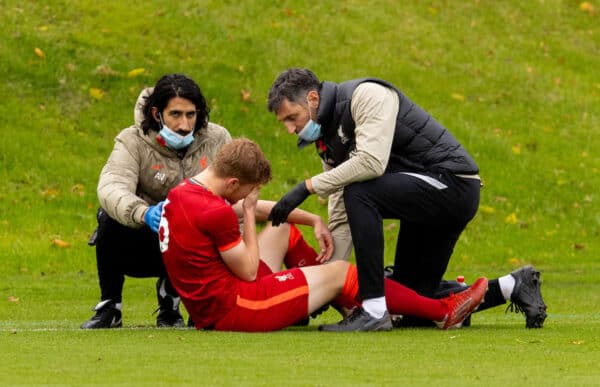 The injury came not long after both sides found the net, with the Reds opening the scoring in a manner not too dissimilar from what we have grown accustomed to at first-team level.

It came from a swift counter-attack from the defensive third that was born out of the persistence from Melkamu Frauendorf before he slipped in Stephenson, whose blocked shot off the line fell to Cannonier, who safely finished.

The lead was pegged back just four minutes later through Boro’s Calum Kavanaugh after an impressive one-two on the edge of the area that left Davies with little chance to save.

And just when it looked as though chances would pass the Reds by, Cannonier notched his second of the day, and 17th of the season, on the cusp of halftime after another quick break which came to be thanks to Pilling and Frauendorf.

The high tempo remained and continued to define the contest in what was a dramatic second half with four goals and a penalty miss.

Liverpool were guilty of inviting pressure and an error from Davies was punished as a simple ground ball collect squirmed through his legs to put the game back on level terms for 2-2.

And the visitors soon edged into the lead thanks to a brilliant solo run from Kavanaugh, leaving the Reds desperately chasing an equaliser that would arrive off the head of Frauendorf, who failed to give up on the play once more.

Heartbreak would follow twice over, however, as Kavanaugh completed his hat-trick at the death as the Reds struggled to clear the ball from the danger area before Cannonier had a last-minute penalty saved.