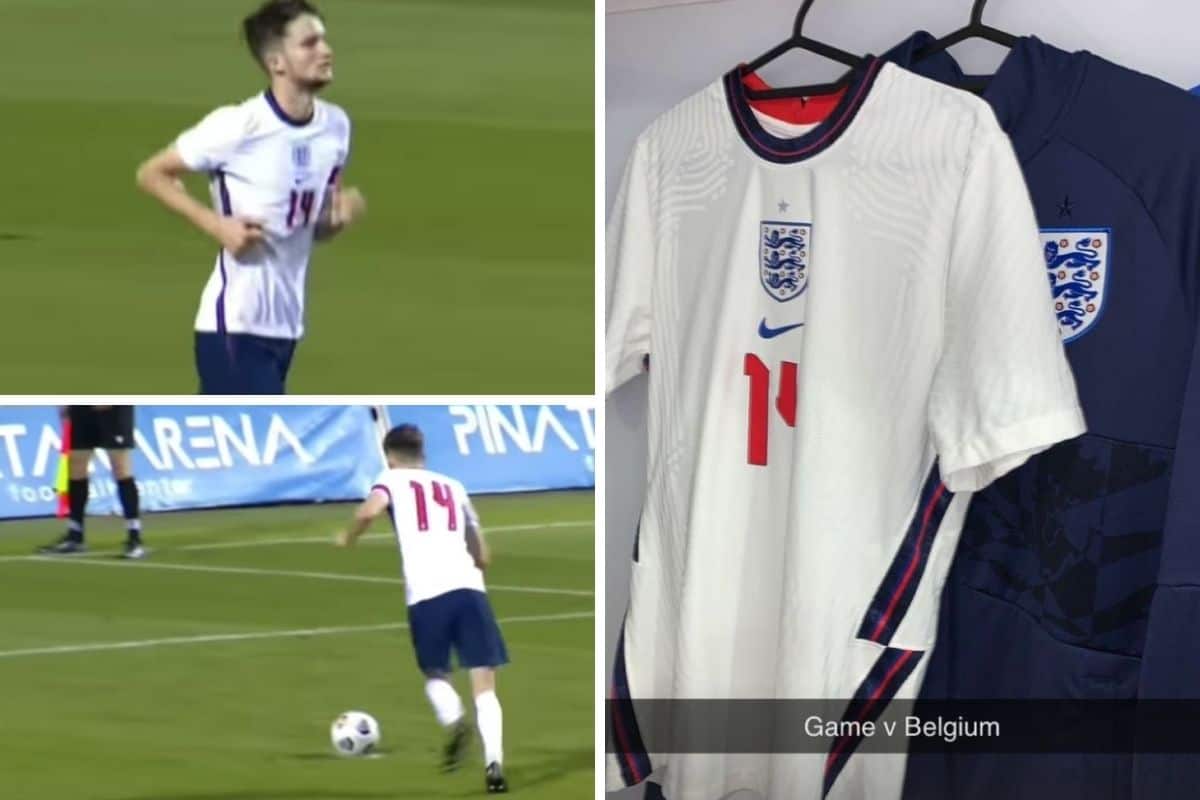 Liverpool academy defender Terence Miles backed up his debut for England’s under-18s this month with a memorable involvement in a penalty shootout victory over Belgium.

Miles has been a regular for the Reds’ under-18s this season after making his debut at the level last season.

He is a defender by trade but his versatility has seen him used in midfield, with his game intelligence and confidence on the ball allowing him to move further up the pitch.

The 17-year-old has a goal and two assists for Liverpool’s U18s so far this season and can now add a penalty shootout conversion to the list for the Young Lions.

In his first start for the England U18s after his debut from the bench days earlier, Miles lined up to take the third penalty after regulation time against Belgium ended in a stalemate.

Calm and composed, Miles safely steered his spot-kick to the left and over the diving goalkeeper, settling the ship after Leicester‘s Sammy Braybrooke had England’s second penalty saved.

Terence Miles made his first start for England U18s yesterday against Belgium, played the full 90 minutes and was part of the defence that kept a clean-sheet. Miles stepped up to take a penalty in a shoot-out.

Charlie Setford would go on to save Belgium’s sudden death strike to win it for England 5-4, with Portugal now to present the final challenge for England in the Pinatar Tournament on Monday.

It was a significant and memorable moment for Miles as he looks to consolidate his place in the England U18s squad, and he will have done his chances no harm with a clean sheet and a penalty conversion.

The youngster signed his first professional contract with Liverpool back in September and is one of a number of exciting talents starting to emerge at the academy.