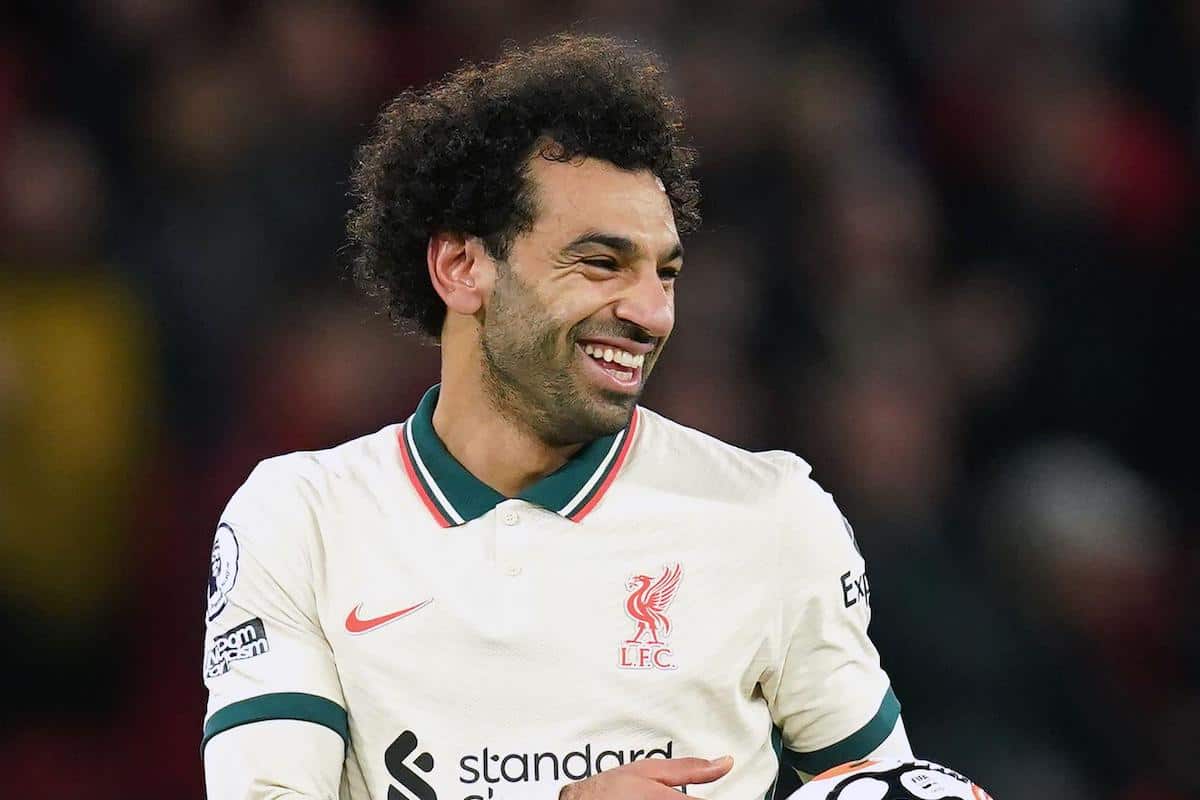 Mohamed Salah will return to Liverpool without an injury cloud hanging over his head after featuring for the final 31 minutes in Egypt’s 2-1 win over 10-man Gabon.

Having been named to start on the bench in the final World Cup qualifier for the Pharaohs, a timely rest was in the reckoning for Liverpool’s No. 11 who has only missed two games for the Reds so far this season.

But with the score at 1-1, Carlos Queiroz called upon Salah in the 59th-minute, despite Egypt’s place in the next round of qualifiers for next year’s tournament already confirmed.

His presence did trigger the winning goal, however, with Mohamed Magdy spotting Salah’s run into the box only for his pass to instead ricochet off the defender and into the net for an own goal.

The scoreline remained 2-1 at the final whistle to see Salah end the first World Cup qualifying stage without a goal, but he’ll have a chance to rectify that in the 10-team playoffs in March.

Salah will join his Liverpool teammate Sadio Mane in the third and final round for a spot in Qatar, with Andy Robertson and Diogo Jota set for a similar challenge in the European pathway.

Liverpool’s Mo Salah has two bodyguards with him at all times when playing for Egypt. In order for them to enter the pitch they are given Egyptian national team accreditation and tops! pic.twitter.com/89T1zCYf55

The 29-year-old will now make his return to Kirkby with Arsenal‘s visit in the Premier League to look forward to, a team he has scored against six times in 10 appearances.

And with Sadio Mane easing concerns over a rib injury, that forced his premature international exit, with a training appearance on Tuesday, the pair are set to reunite to put Liverpool back on the winner’s board.

The pair have combined for 23 goals to date, 47 percent of Liverpool’s total goals this season, and Jurgen Klopp will need the pair at Anfield on Saturday.

A game that could also see Jordan Henderson and James Milner feature after taking part in respective individual sessions away from Mane and the main group on Tuesday afternoon.