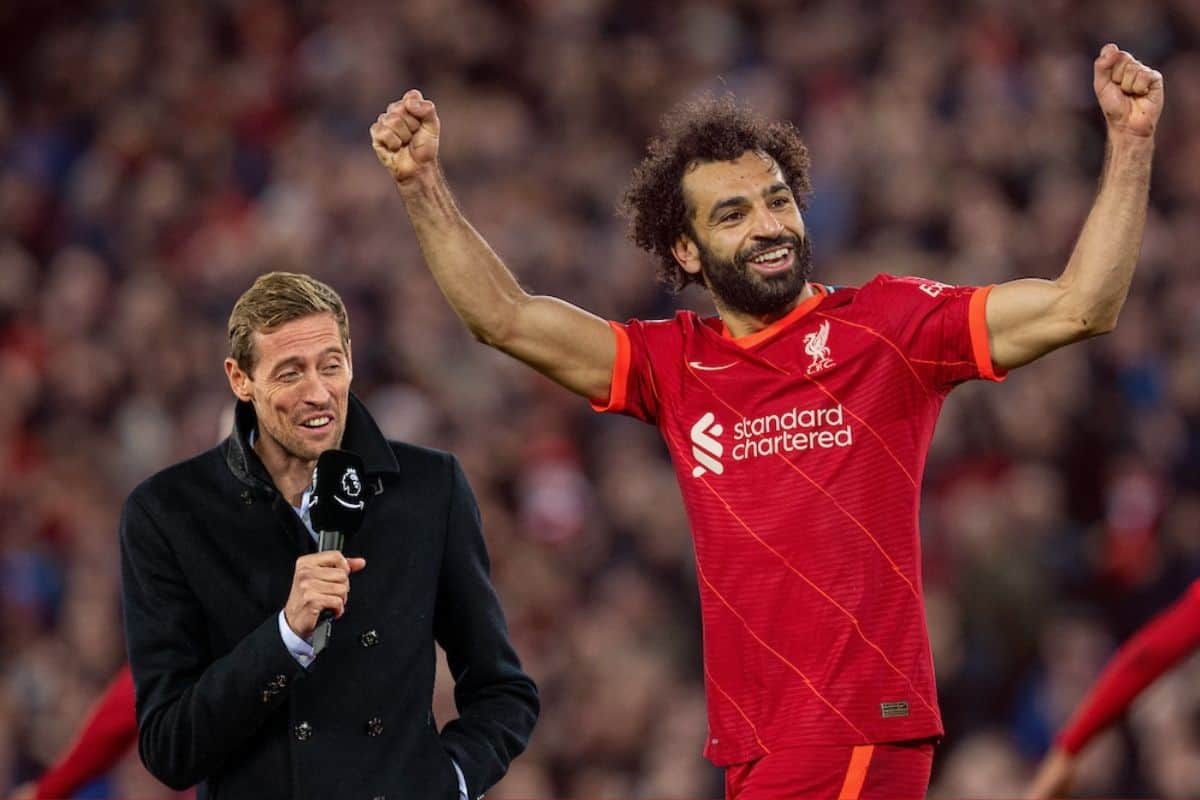 Mohamed Salah‘s goal against Arsenal moved him up a place in the Premier League‘s all-time goalscoring charts and it led to a brilliant response from former Red Peter Crouch.

The Egyptian netted his 16th goal of the campaign and 11th in the Premier League over the weekend, extending his lead as top scorer in the division.

It continued his hot steak this season and having already laid claim to numerous new records, his goal against the Gunners took his tally in the English topflight to 108.

That staggering number moved him to joint 25th in the all-time list, nestled alongside Crouch and just one behind No. 24 Ryan Giggs.

Salah reached the figure in just 170 Premier League appearances and Crouch had a brilliant response on social media as he shares the place, temporarily, with Liverpool’s No. 11.

“Well done Mo, it took me 1,104 games. And he did it quicker. Fantastic,” was the ex-Red’s response on Twitter after the news made it to him.

Well done Mo it took me 1104 games And he did it quicker
Fantastic https://t.co/ygG0WS28XC

A slight understatement in the “did it quicker” department but it’s not as bad as the 1104 figure, more like 462 appearances – just a measly difference of 292 games between the two, but who is counting?

Crouch scored 22 of his 108 goals in the Premier League for the Reds, with his first requiring a 22 match wait to find the net.

Salah had no such problems on his debut for the club and it has set him on course to land inside the top 10 by possibly the end of 2022/23, with 42 goals separating Salah from 10th-placed Michael Owen’s 150-goal tally.

You wouldn’t bet against him, that’s for sure.