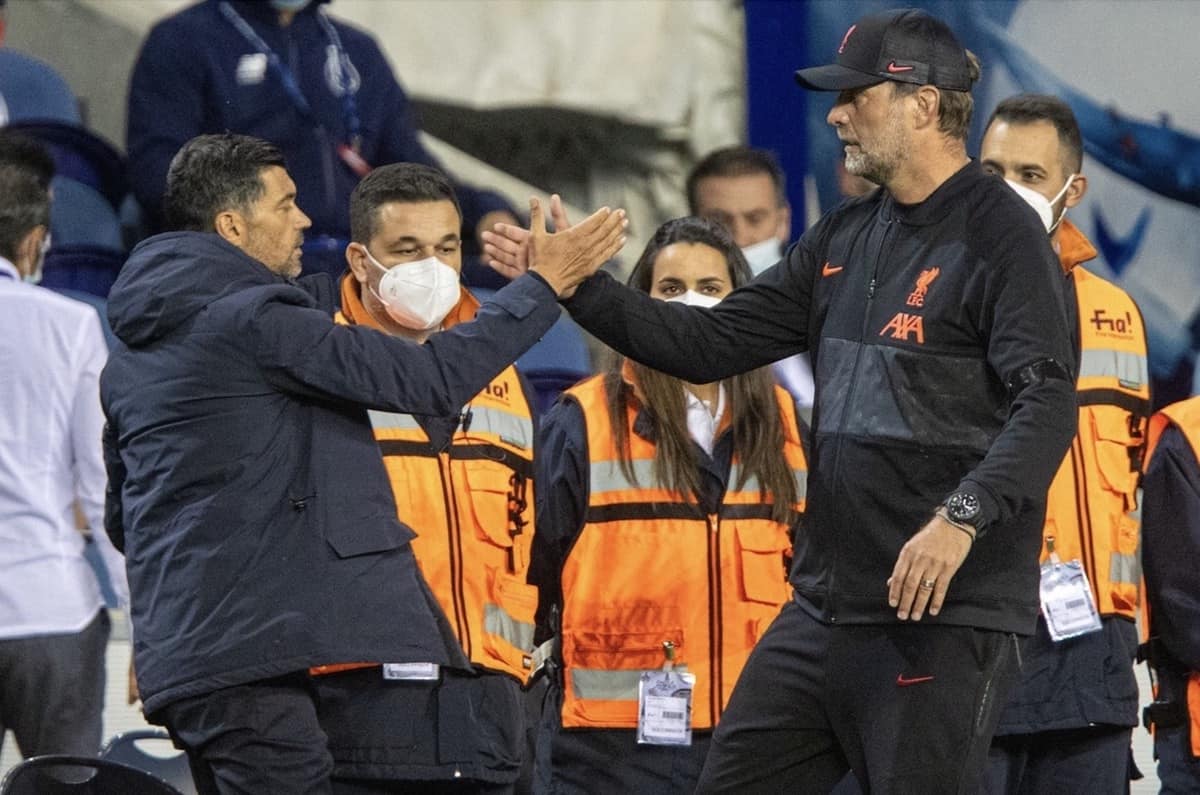 Porto coach Sergio Conceicao is confident his side will cope better with Liverpool than they did in a 5-1 defeat back in September.

In their meeting in the Estadio do Dragao, Jurgen Klopp’s side ran out comfortable winners, Porto’s second successive heavy home defeat to the Reds in three seasons.

Porto may find their hosts slightly less of a challenge as they have already qualified for the last 16 with two matches to spare but Conceicao is determined they will put on a better show.

He said: “It was some time ago that match. We have corrected our mistakes and we have worked on that.

“There were some problems in the positions but we analysed it thoroughly and we are focused on the match, it will be a different match.

“The match is what we make of it. We cannot control the strategy of our opponents but it won’t be significantly different from what they have been showing in recent weeks.

“We have our own weapons, our ambitions and we will go there not just for one more match but a match which will be decisive, crucial.”

Porto are currently second in Group B, a point ahead of Atletico Madrid, and face the Spanish champions in their final match, with qualification still on the line.

Veteran defender Pepe has travelled with the side but Conceicao will make a late decision on whether he can play after he missed the weekend’s win over Feirense with a muscle problem but fellow defender Ivan Marcano is not fit.

Midfielder Marko Grujic is set to start, however, on his return to his former club.

“We all are able to watch the games on TV and we know a lot of information about Liverpool, they are a great team,” said the 25-year-old, who joined Porto in the summer after a year on loan.

“It’s a special game for me, I will be back in the city where I spent five years.

“I’m very motivated and if I get any minutes I will do the best I can so we can win the points.”

2 Liverpool lineups vs. Wolves with Thiago or Ox decision to make

2 Liverpool lineups vs. Wolves with Thiago or Ox decision to make