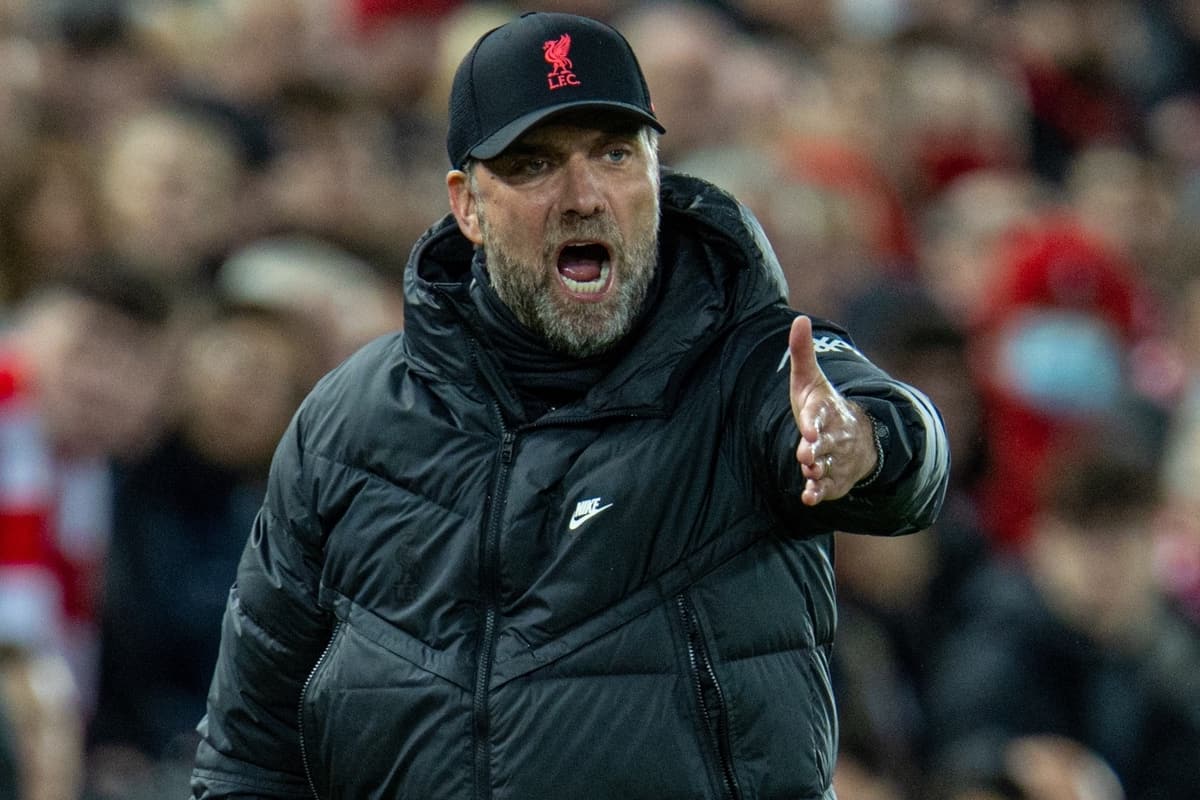 Jurgen Klopp was impressed with the manner of his team’s victory over Arsenal, with Liverpool having conjured up a number of “exciting” moments in their 4-0 win.

That it was for the Reds, with Sadio Mane, Diogo Jota, Mohamed Salah and Takumi Minamino all making sure Liverpool bounced back from their last outing in style.

The fans were certainly happy with what they saw and Klopp was too, for more reason than one.

2. On that Arteta coming together 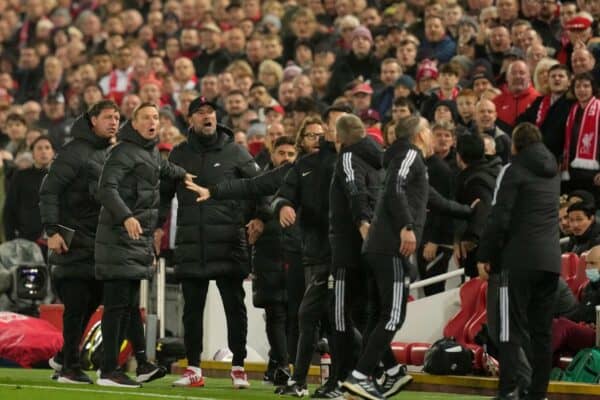 A rudimental foul on the surface ignited a fire between the two managers and Klopp was simply defending Mane after the Arsenal bench asked for a punishment that went beyond what happened.

It’s another example of Mane being the target of the opposition and Klopp made it known that he is “sick” of it.

“It was a completely clean situation. Nothing happened. Two players jumped in the air, nobody touched the other, at least not a foul.

“And the bench of Arsenal is going for whatever. And I just asked ‘what do you want for that?’ There’s no contact really. I’m really sick of these situations that everyone tries to go for Sadio.”

It certainly assisted the atmosphere but it was not the intention!

“It wasn’t the plan, but if it helped that’s okay. Will not happen all the time.” 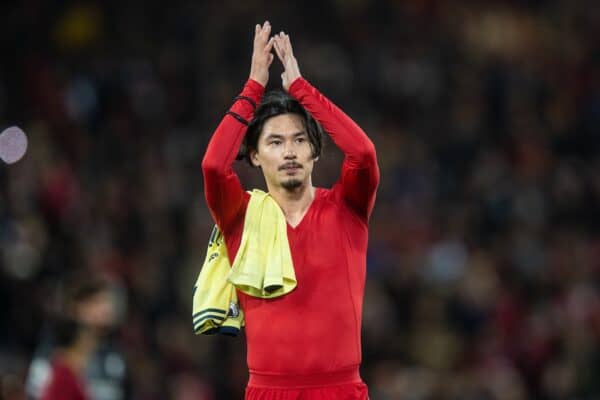 Takumi Minamino was only on the pitch 48 seconds before he found the net, a moment a long time in the making with it being his first at Anfield.

“You can’t imagine how happy I am with Taki. He is in an incredible moment, and today he was our solution [on the bench] for pretty much, I think, four positions!

“Because of how the squad looked, it was like he could play five positions actually! He could have played both No. 8 positions and all three up front!”

It’s been tough going for the Japan international but chances will come his way, maybe as soon as Porto on Wednesday.

“Everyone was so happy he could score the goal, reflects how he trains in the moment. He will have games, no doubt about that.”

Please, not another injury!

“Diogo got a proper knock against his knee, now we have to see how quick that develops. Hopefully nothing serious,” was Klopp’s initial assessment, with the collision with Aaron Ramsdale the cause.

It’ll now be a case of having a “look at who can go again [vs. Porto],” with Southampton‘s Anfield trip swiftly following too.