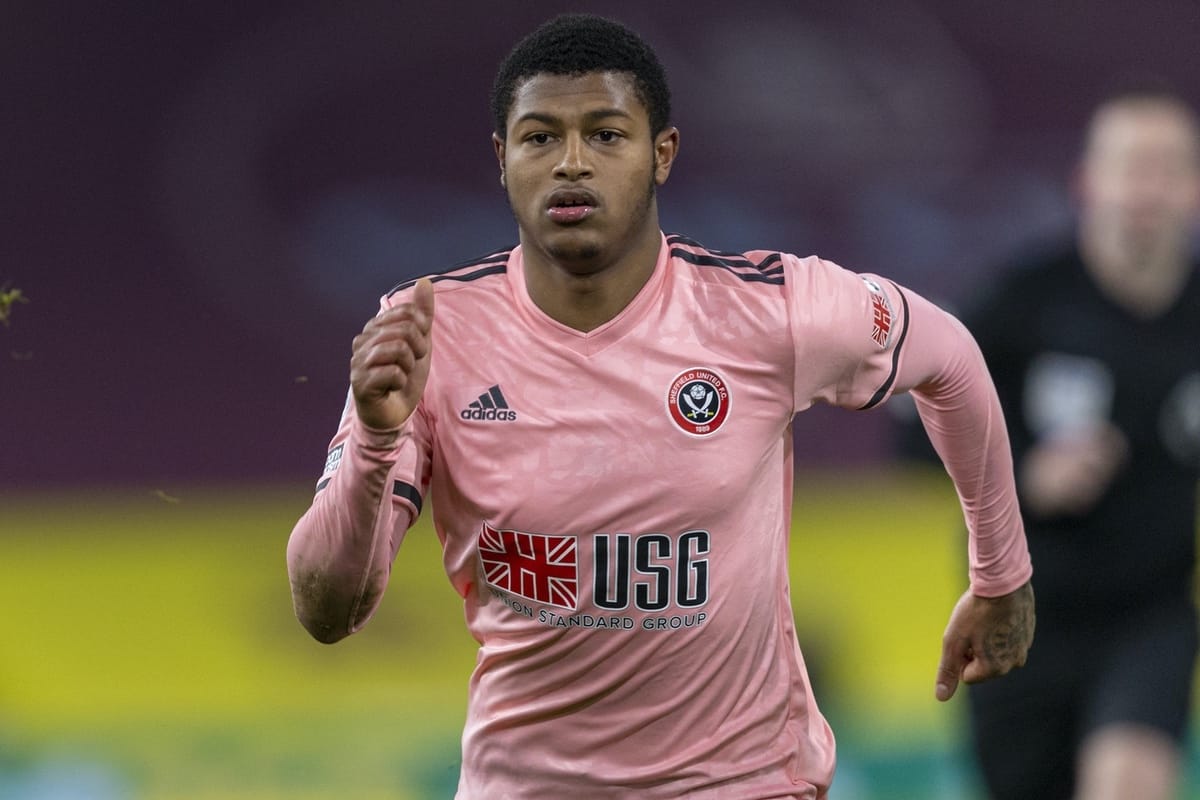 After over 25 hours, Rhian Brewster finally scored his first league goal for Sheffield United on Saturday, 13 months on from leaving Liverpool for £23.5 million.

Brewster made a bold choice to depart Anfield at the start of last season, backing himself to shine as a regular starter despite a place in Jurgen Klopp‘s long-term plans.

The deal was Sheffield United’s record outlay, with Liverpool negotiating a three-year buy-back option along with a 15 percent sell-on clause as a signal of their faith in the youngster’s development.

It has not gone to plan for Brewster so far at Bramall Lane, however, with Sheffield United relegated after a campaign that saw him to fail to find the back of the net in 27 Premier League appearances.

After an entire season without scoring, the striker finally netted in the 1-0 win over Carlisle in the League Cup first round in August, but he was forced to wait another three months for his next.

Two minutes into Saturday’s clash with Blackburn, Brewster finally broke his duck in the Championship – a full 15 months on from his last league goal while on loan at Swansea.

A fantastic strike from Rhian.

It was a stunning finish, too, leaping for an acrobatic volley from Billy Sharp’s cross, soaring over Thomas Kaminski and into the roof of the net.

The goal displayed Brewster’s natural quality, that which made him such an irresistible talent in Liverpool’s academy, where he was rightly considered one of the best finishers to come through since Robbie Fowler.

And his celebration saw the frustration of 35 games, or 1,525 minutes, without a goal pouring out, with the No. 7 swarmed by his team-mates.

Unfortunately for Brewster, the Blades were unable to hold onto their lead, with Reda Khadra, Ben Brereton Diaz and Ian Poveda all scoring to secure a 3-1 comeback win for Blackburn.

But speaking SUTV after the game, the 21-year-old admitted his relief at finally scoring, though he remained critical of his performance in the loss.

“It feels really good, but obviously us not winning the game takes it away a bit,” he said.

“I’m happy to score my first league goal for Sheffield United and hopefully many more to come – and to hopefully win the game, instead of losing.

“It’s been a long time coming, I just keep trying to work hard in training, practise different types of finishes, so in the game obviously I get one chance and hopefully score.

“Today, I think it was my first touch probably and I put it in the back of the net, but for me personally I didn’t really have a great game. I scored and what else did I do?

“Hopefully in games coming the gaffer still gives me a chance and I can keep going, and like I said, score but win the game.”