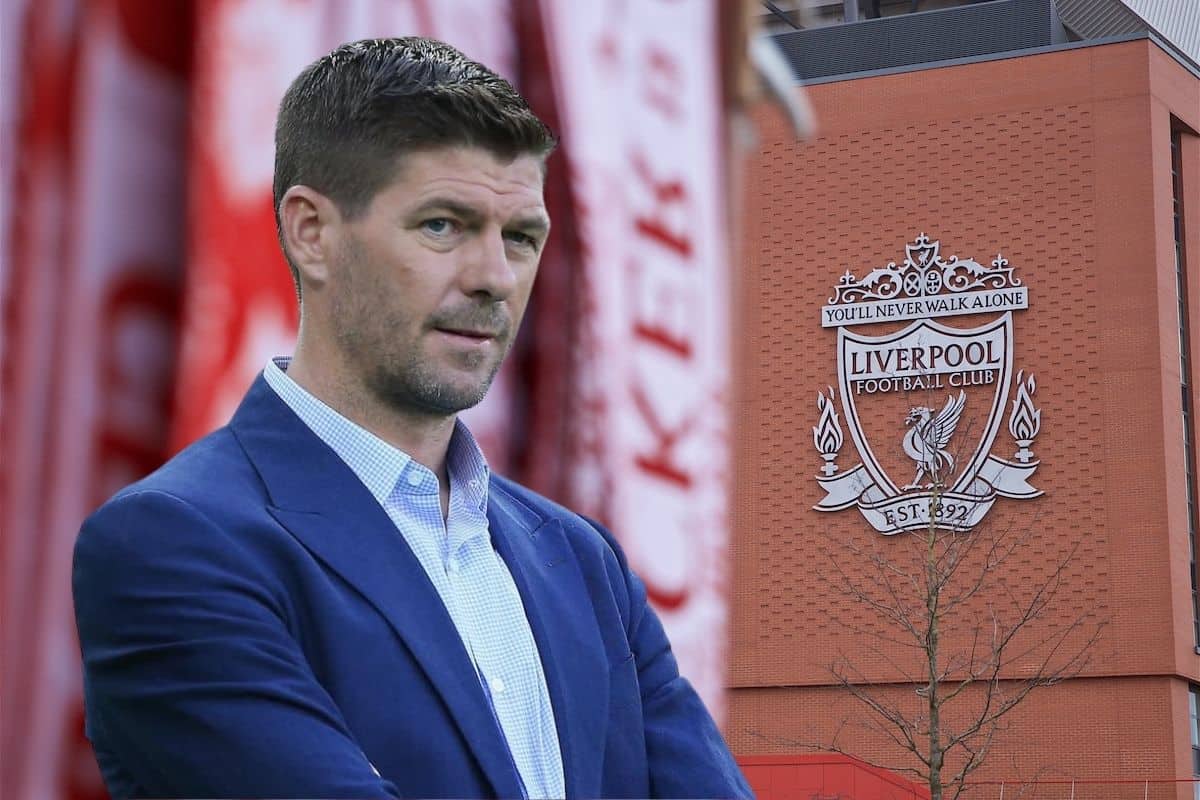 Steven Gerrard’s move to the Premier League sets him on a collision course with Liverpool within the next month but sentimentality will take a back seat at Anfield.

The 41-year-old was officially named as Aston Villa manager last week, taking the reins from Dean Smith and making the step up to the English top-flight after three-and-a-half years at Rangers.

Gerrard proved his credentials having won the Scottish Premiership title with Rangers last season but now has the opportunity to test himself at another level.

And one of his first will be against his boyhood club, with Villa to travel to Anfield on December 11 in what will be his first trip to the ground as a manager.

It sets up a clash that will dominate the headlines both before and after the game gets underway but Gerrard was firm in his statement that he’s only got eyes on “maximum points,” not the noise that will surround the fixture.

“I don’t think me or anyone else will be able to control the noise. For me, that’s not important,” Gerrard told VillaTV.

“What is important is the chance to go to Anfield and win, to take maximum points, which is the attitude and mentality we will have going into every game. It is what it is.

“I want to win every game that I play in. Now my priority and focus, and everything I will give on a daily basis, will be for Aston Villa.

“One thing I can guarantee the supporters and the players and all the staff here is that when I commit to something, I’m all in.”

Liverpool will expect nothing less and they will know to anticipate an “as entertaining and attractive on the eye [style] as possible” when Villa arrive five games into Gerrard’s tenure. 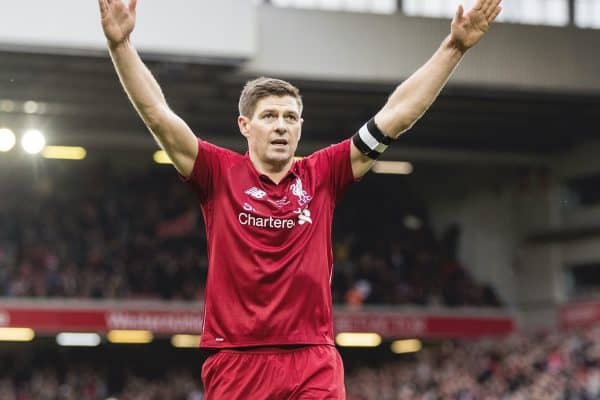 The former captain will not be the only familiar face at Anfield with his assistant manager Gary McAllister and first-team coach Michael Beale, who both left Liverpool in 2018, and Danny Ings all in the Villa ranks.

Before he steps foot in Anfield, however, Gerrard will meet Brighton, Crystal Palace, Man City and Leicester as he looks to arrest their five-game losing streak.