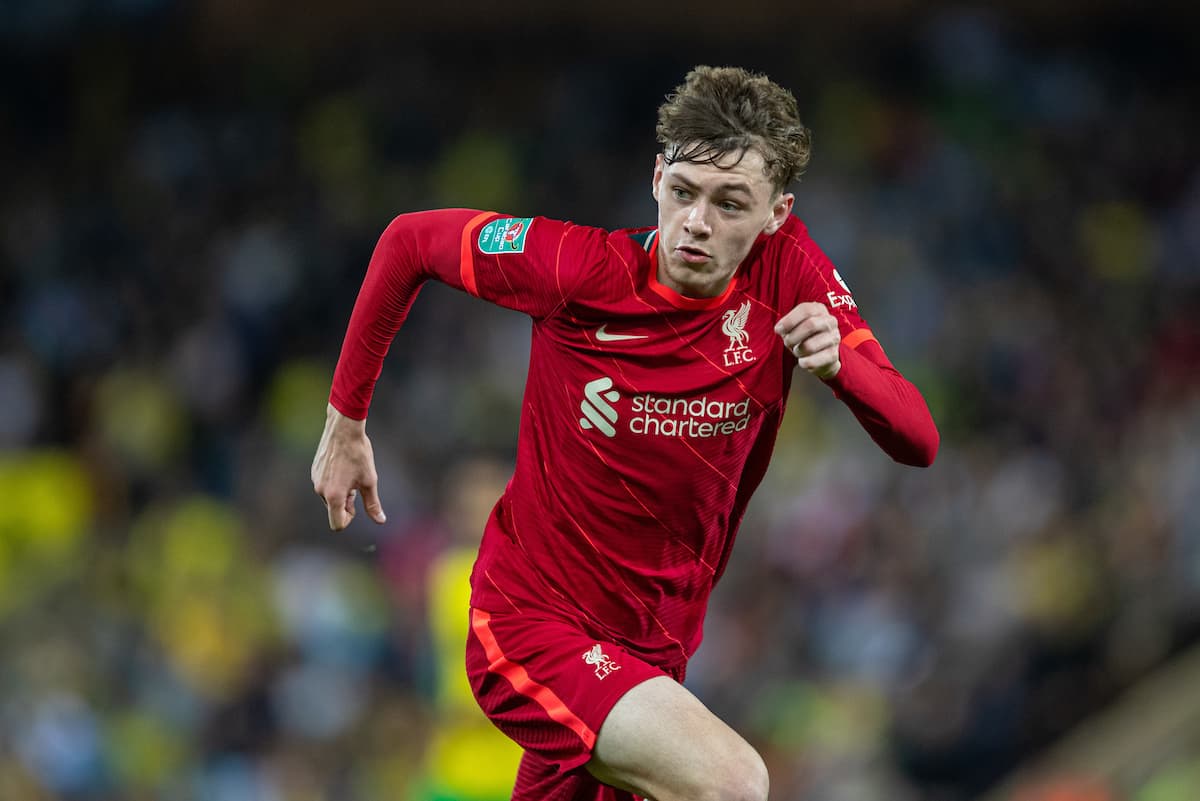 Liverpool academy coach Marc Bridge-Wilkinson has admitted he wouldn’t be surprised to see Conor Bradley follow in Trent Alexander-Arnold‘s footsteps to break into Jurgen Klopp‘s side.

Bradley was instrumental as he helped the under-19s gain revenge over a resolute Atletico Madrid side in the UEFA Youth League win on Wednesday.

He impressed spectators with his ability to control the game from full-back, comparable to Alexander-Arnold during the senior encounter between the two sides later that evening.

“He is another one of those players that we know has massive potential,” Bridge-Wilkinson told This is Anfield. “Our job is to facilitate and keep pushing and allow him the opportunity to continue to develop.

“Myself, Barry [Lewtas], Alex [Inglethorpe], [Tim] Jenks and Ray [Shearwood] – people who are working with these groups of players – our job is not to be limiters, we want them to be everything they are capable of being.

“I know how highly we rate him and what we think he might do.” 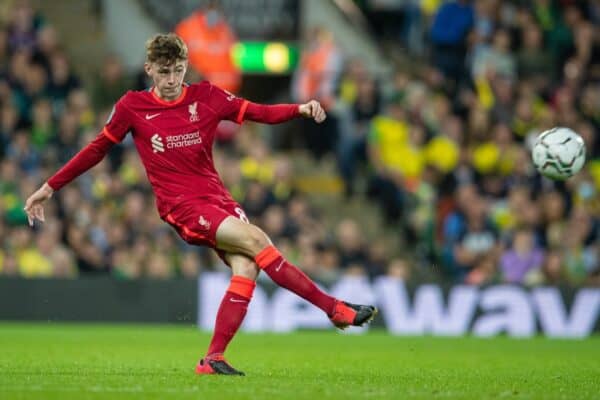 Bradley’s showing was another notable outing for the young defender following his first-team debut in the League Cup victory over Norwich that led to assistant manager Pep Lijnders heaping praise on his fearless performance.

During the UEFA Youth League tie, Bradley was authoritative on the right-flank, excellently linking up with Kaide Gordon and displaying maturity beyond his years to keep Atletico firmly at bay.

Though, as a result of the advanced positions that midfielders James Balagizi and James Norris took up, Bradley found himself with a license to be more expressive having been tasked with driving into the midfield gaps in an attempt to break Los Rojiblancos’ low block.

Bradley showed off his marauding runs and attacking instinct in the 2-0 win – which have become something of a trademark during his two years at the club, highlighted by his 11 goal contributions in just 41 academy outings since 2019.

And with the Northern Ireland international part of the latest youth cohort to be drip-fed first-team football, it seems inevitable that he will become a regular name to the Kop faithful over the coming years.

However, it does raise the same question that Neco Williams faced during his breakout campaign in 2019, how does one displace the excellent Alexander-Arnold? 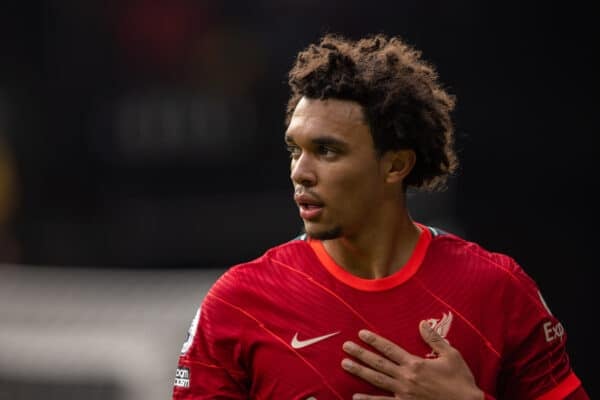 According to Bridge-Wilkinson, he may not have to as he has the attributes to play in a variety of positions, something that he has been able to demonstrate when moving in-field during matches or further up the flank as part of a midfield five.

“Conor’s one of those players, and we’ve got lots of them at the Academy who have played in different areas on the pitch,” Bridge-Wilkinson explained.

“I think when Conor steps into midfield, he is calm and composed, and likewise when he ends up high on the pitch he has got the attributes of someone who can play in that area of the pitch as well.”

Of course, he wouldn’t be the first player to alter his position in hope of making the jump into the first team, as Alexander-Arnold was advised to reinvent himself as a full-back during his later academy years in order to increase his chances of breaking into the senior side.

And Bradley’s vastly impressive skill-set means that he could follow Alexander-Arnold’s blueprint, according to Bridge-Wilkinson.

“I’ve been fortunate to have seen him since the age of 13 and I have seen him play in pretty much every position of the pitch, so it wouldn’t surprise me if he ended up somewhere different,” Bridge-Wilkinson added.

“But I think he does a fantastic job at right-back, so I think that question is for people further down the line to pigeonhole where he is going to be and what he is going to do. He has got plenty of potential.”