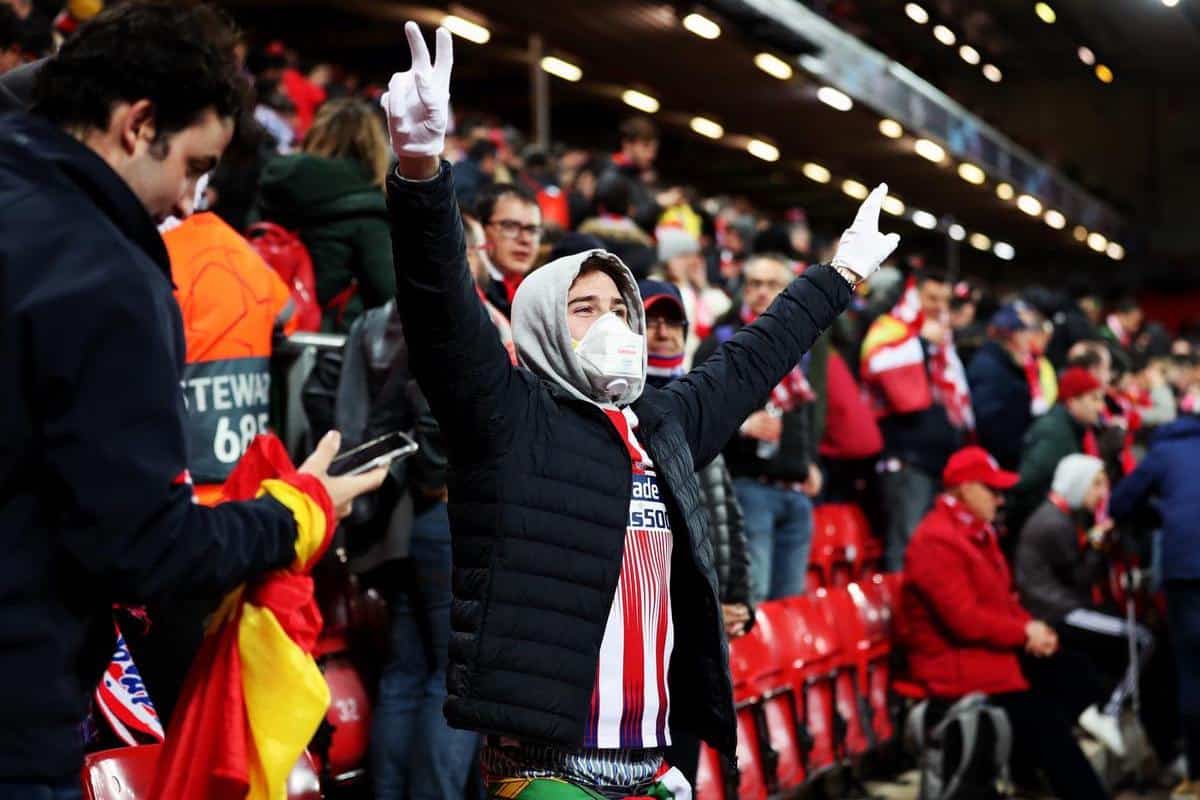 Atletico Madrid will only have 200 fans in attendance for Wednesday night’s Champions League clash, with supporters opting out due to COVID-19 concerns.

Atletico head to Anfield this week for the first time since their 3-2 victory in 2020, which proved to be the last game played in England for over three months.

The problems were clear at the time, but with no restriction on Spanish fans travelling from Madrid – nor home supporters attending games in England – a packed stadium watched the last-16 decider.

That event is believed to have contributed to a rise in COVID-19 cases across the UK, with the government announcing the first lockdown just under two weeks later.

Over a year-and-a-half on, and the world is still feeling the effects of a pandemic that is not over, but nations have eased restrictions, with lockdown measures no longer in place in the UK.

Despite that, the Mail‘s Dominic King reports that only 200 Atletico fans have purchased tickets from their away allocation for this week’s game, “amid fears of rising Delta variant cases.”

Therefore, while around 3,000 supporters backed Atletico in the tie in 2020, they will now be dominated 250 to one by the home fans on Wednesday.

A near-full crowd of over 50,000 is expected in the home sections at Anfield, as Liverpool look to book their place in the last 16 having only played four group games.

Liverpool are currently top of Group B having won all three fixtures so far, beginning with a 3-2 win over AC Milan at Anfield, before away victories over Porto (5-1) and Atletico (3-2).