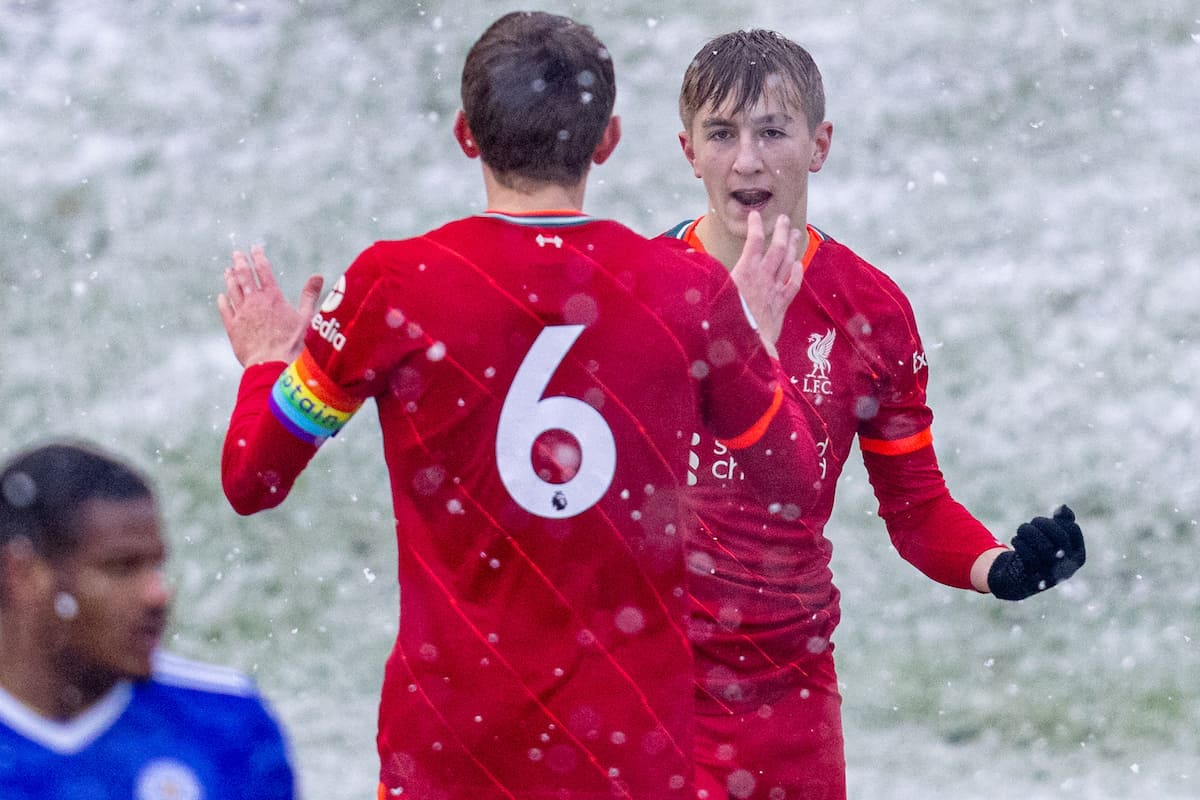 A day after watching Liverpool’s 4-0 victory over Southampton as a substitute, Tyler Morton was part of a under-23s side that dismantled Leicester for a 3-0 win.

Morton is the lead name among a group of youngsters receiving first-team exposure under Jurgen Klopp this season, having made Premier League and Champions League debuts over the past eight days.

After 90 minutes against Porto in midweek, the 19-year-old midfielder was on the bench for the league thrashing of Southampton, though he failed to make it onto the pitch.

A lack of minutes saw Morton instead drafted into Barry Lewtas‘ U23s side to play Leicester in the snow at Kirkby, with Conor Bradley, Owen Beck and Kaide Gordon also among the starters.

Having struggled to put together a cohesive lineup in recent weeks, Lewtas was buoyed by a more settled side taking to the field on Sunday. 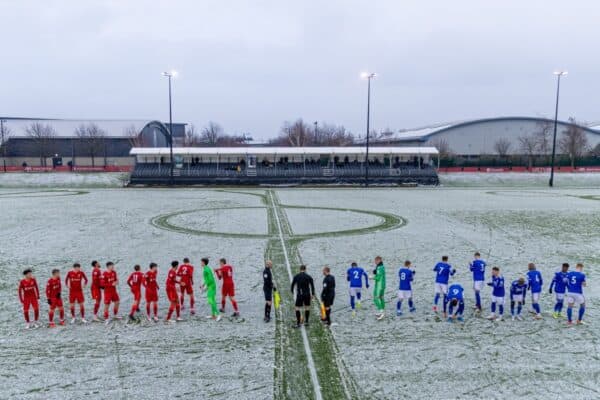 It showed, too, as Max Woltman put the young Reds a goal up in the 12th minute, before an attempted cross from Bradley on the right-hand side sailed straight over Leicester goalkeeper Brad Young and into the back of the net.

Gordon showed brilliant skill to craft a chance for himself that was saved well, while experienced centre-back Morgan Boyes saw a header block on the line before half-time.

Liverpool’s first substitution came within nine minutes of the restart, as with Gordon playing 90 minutes against Porto’s under-19s in midweek and the club still managing his fitness, Jack Bearne took his place.

The young Reds were required to defend more in the second half as Leicester showed fight and the snow slowed down, though Marcelo Pitaluga was rarely tested as his back line held on. 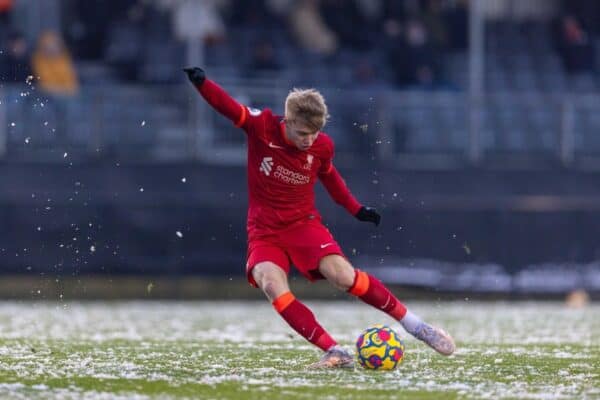 It took the substitute, Bearne, to rubberstamp the result late on, showing real composure as he touched down a long pass and finished beyond Young for 3-0.

After a dismal run of form of late, the victory lifts Liverpool up to eighth in the Premier League 2 table, leapfrogging Leicester along with Leeds, Everton and Chelsea.

For the likes of Morton, Bradley, Beck and Gordon, it was another valuable exercise, and with Klopp’s midfield options improving by the game, it could be that Morton is more regularly involved with the U23s in the weeks to come.