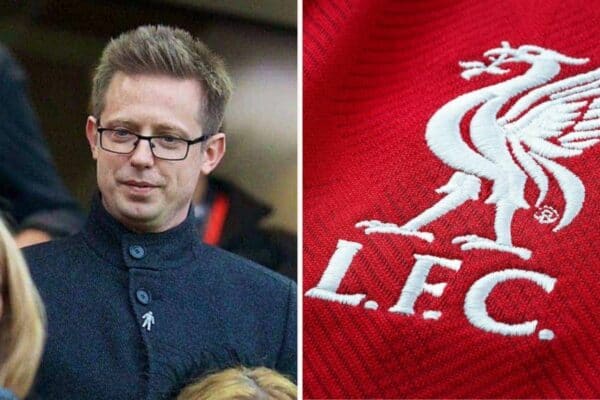 Who is Julian Ward? – The man replacing Michael Edwards at Liverpool

The revered Michael Edwards is confirmed to be departing Liverpool next summer, leaving significant shoes to fill – so who is his replacement Julian Ward?

Edwards has revealed he will step down from his role at the conclusion of his current contract next year, having spent 10 years at the club.

The 42-year-old has provided masterclass after masterclass in the art of transfers along with his expert team, making them one of the most respected groups in the world of football.

But now they will be led by a different man, with Ward to step up from his role as Edwards’ assistant to serve as sporting director.

So who exactly is he?

Ward joined Liverpool from Man City back in 2012 as part of the club’s recruitment and scouting team, with his initial region in Spain and Portugal.

But a swift rise ensued with various job titles, the next coming in 2015 in a newly created role: loan pathways and football partnerships manager.

And this you could say is where the foundations were laid for the role he is being moulded towards as Ward was responsible for establishing partnerships and networks with clubs across England and Europe.

It was all part of ensuring Liverpool had the connections to create pathways for their academy payers to experience senior football.

“We need to first identify positive environments for players to go to and then make sure that when they go, they are developing remotely,” Ward explained in 2018.

“We’ve got to make sure that the competitive experience they get is a positive one, right through the U18s and U23s and then when we feel they’ve reached a level where the next stage is playing for points and under pressure, a bit of exposure to the senior aspects of the game, then we have to look at other environments.”

His role saw him connected to the club across a multitude of areas, having needed to coordinate the communication between Liverpool and various clubs across multiple departments at any one time.

And as his star rose, so did his responsibilities behind the scenes.

Start of the succession

Having cultivated relationships both within the club and those across European and world football, his vast expertise was acknowledged by Edwards and FSG president Mike Gordon.

It was thanks to his role at Liverpool and previous experiences with City, Preston, the FA and the Portugal national team that then culminated in his appointment as assistant sporting director.

Onto another new role, then, as Ward was confirmed in the position in December 2020.

After previously assisting Edwards with transfers and contracts at the academy level, Ward’s relationship with the sporting director was subsequently enhanced with the two working closer together.

Liverpool hold strong communication and bonds across all departments in high regard and Ward’s position as assistant sporting director has ensured he remains a key link internally.

But his position outside the club’s four walls sees him continue to develop and build his network of contacts with the need to deal with players, agents and clubs during talks to buy and sell new players and renew existing contracts.

All of which is done hand in hand with Edwards.

What has Klopp said previously?

Ward has worked closely alongside Jurgen Klopp for some time, establishing a relationship with the manager – who holds Edwards’ successor in high regard.

When speaking previously on Ward in his earlier role as loan pathways and football partnerships manager, Klopp was not short on praise.

Ward certainly seems to have the backing of the club’s key figures, and can rely on that when he is tasked to make the next step up at Liverpool Football Club in 2022.

* A version of this article was first published in August 2021.