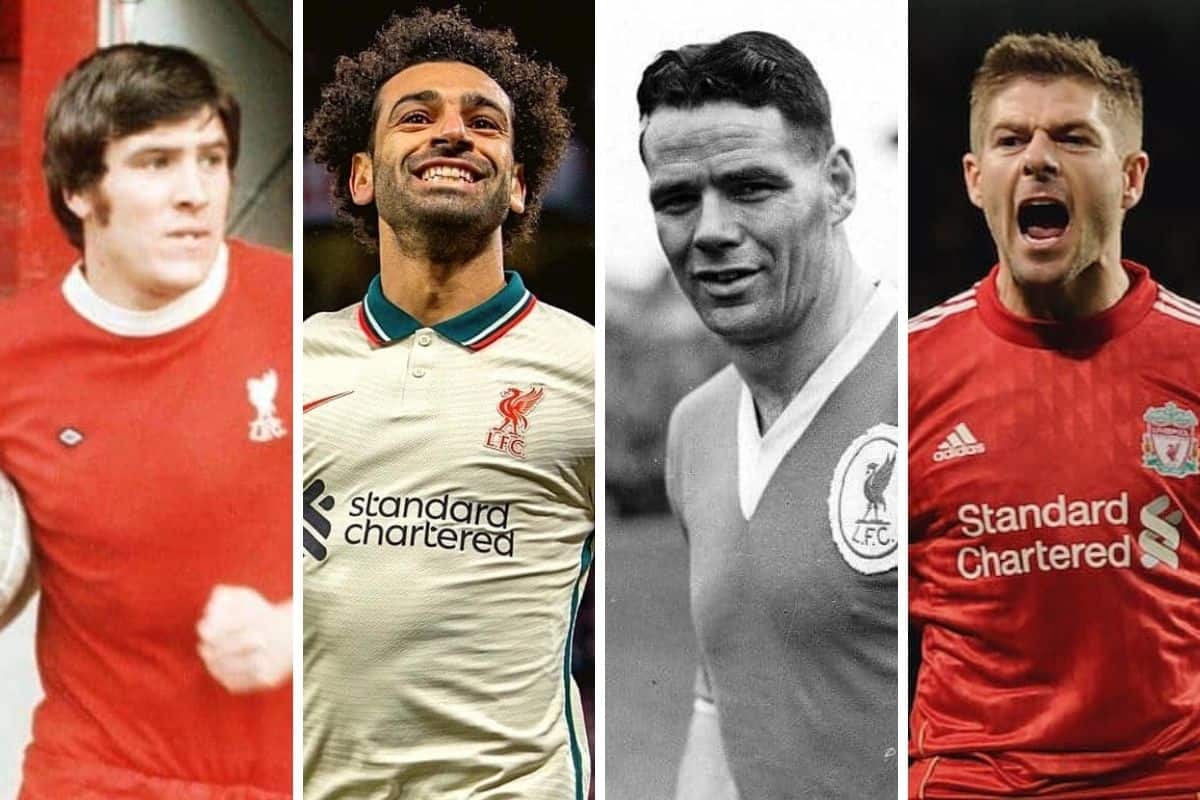 Liverpool have been blessed with goalscoring talent throughout their history from all positions on the pitch, but how would a highest-scoring XI look?

Goals have not been in short supply for Jurgen Klopp‘s side so far this season or for much of his tenure at Anfield, with records seemingly broken each week by one of his players.

His team will long be remembered and will sit alongside some of the greats of the decades gone by managed by Bill Shankly, Bob Paisley, Joe Fagan and Kenny Dalglish.

Each have had overseen countless players who have also etched their name in history and left Liverpool fans celebrating each and every time they find the net.

But with so many talents in front of goal, Reddit user u/forbiddenmemeories got us thinking on who would make up a Premier League and all-time highest-scoring XI for Liverpool?

Time to find out! 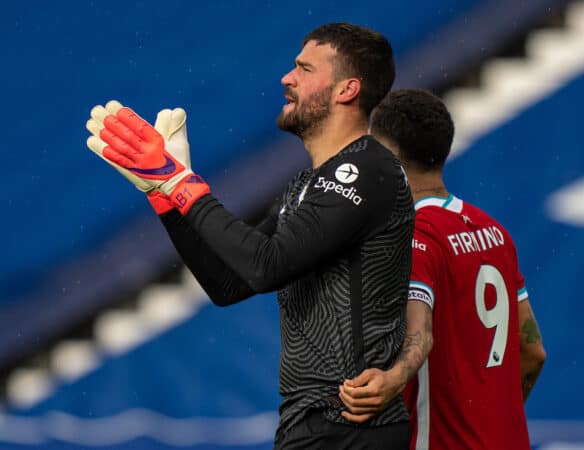 First up, the Premier League years, one that has not been short of talent despite some of the struggles Liverpool have endured.

The criteria for this one is a best-fit for a 4-4-2 formation that goes hand in hand with the all-time XI and goals are limited only to the Premier League:

It’s a lineup that has four current Reds in its midst, which speaks volumes, and it would look like this: 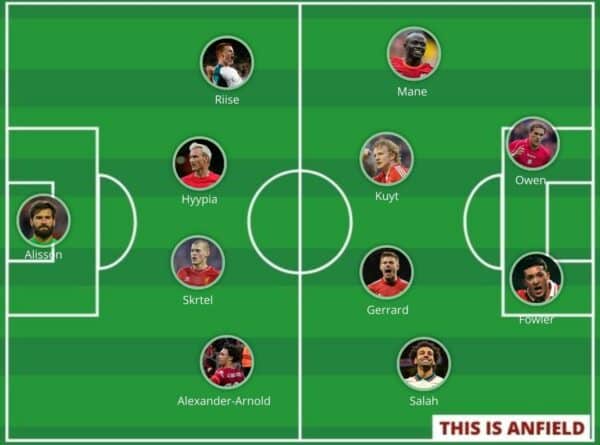 A few carry over from the Premier League into the all-time XI thanks to their incredible prowess, with Alisson‘s headed goal keeping him firmly in place.

Various generations are represented when you open the doors to goals in all competitions, with the likes of Tommy Smith, Billy Liddell, Roger Hunt and Chris Lawler mixed in with Steven Gerrard and Mohamed Salah:

This XI was born to a play a little if you score three, we’ll score six: 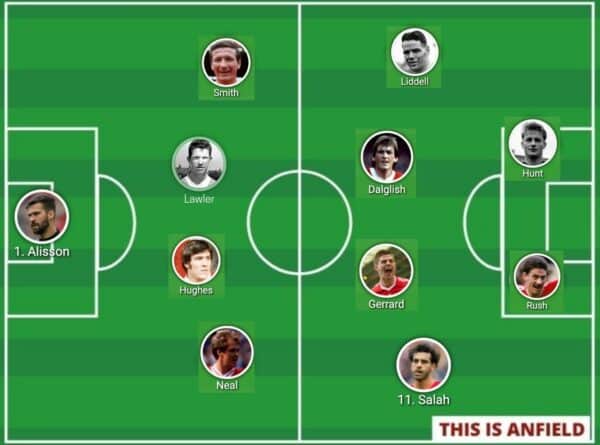 These XIs would be something else, makes you appreciate the talent that Liverpool have had at their fingertips and also wonder how they would actually get on.