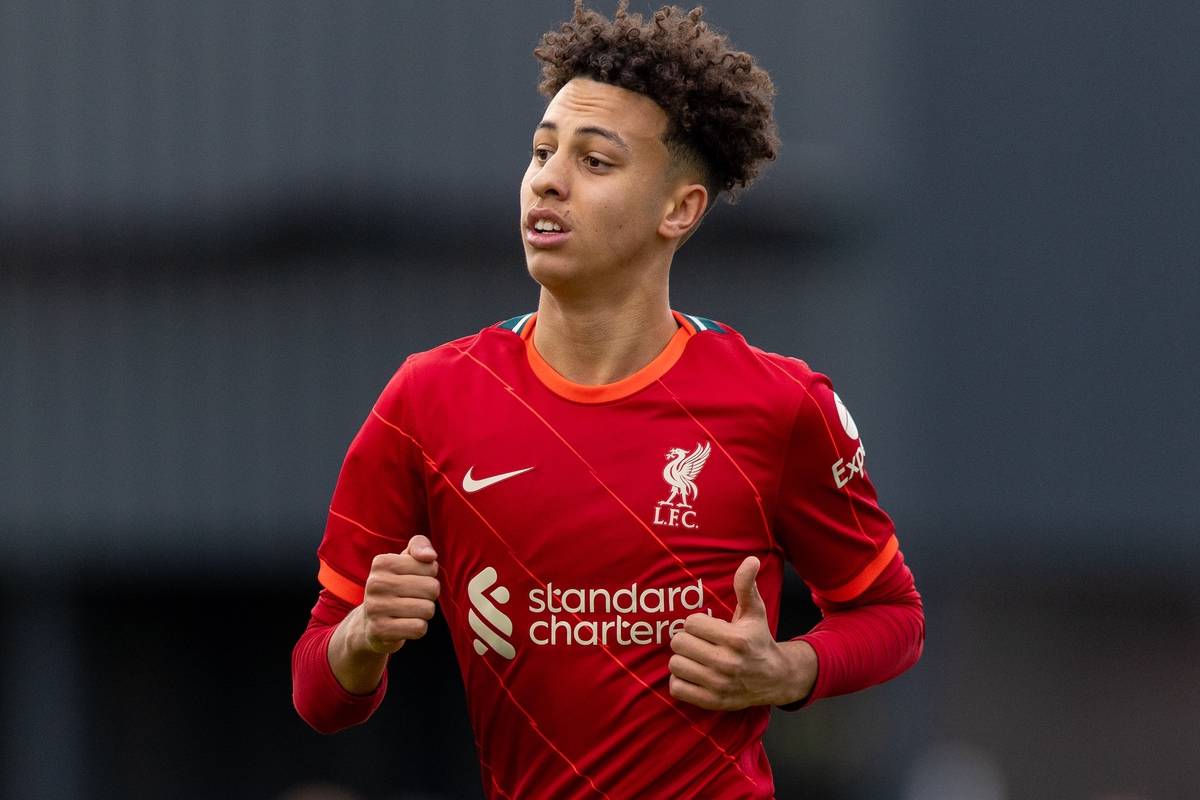 Liverpool’s dead-rubber visit of Porto in the Champions League could give Jurgen Klopp the opportunity to rotate, but Kaide Gordon will not be among those involved.

Having taken 12 points from a possible 12 so far, Liverpool are guaranteed Group B winners, and will head into the last-16 draw as one of eight seeded sides.

It is unlikely that Klopp will make wholesale changes for the final two group games against Porto and AC Milan regardless of their significance – or lack thereof – particularly due to the limited options at his disposal.

But a clutch of fringe players and youngsters could come into contention, the latter group namely comprised of Tyler Morton, Conor Bradley and Owen Beck.

One academy player who cannot feature, however, is Gordon, who travelled with the first team for the 3-2 loss to West Ham before being named on the bench for the 4-0 thrashing of Arsenal on Saturday.

The 17-year-old would be a prime candidate in an ideal world, but he is ineligible for Liverpool’s Champions League squad having been left out of the initial 25-man group.

Morton, Bradley and Beck are among 16 youngsters currently registered on List B, which allows clubs to name an unlimited number of players born on or after January 1, 2000 to supplement the squad.

Curtis Jones and Neco Williams have benefited from this rule, but like Harvey Elliott, Gordon does not qualify under these guidelines. 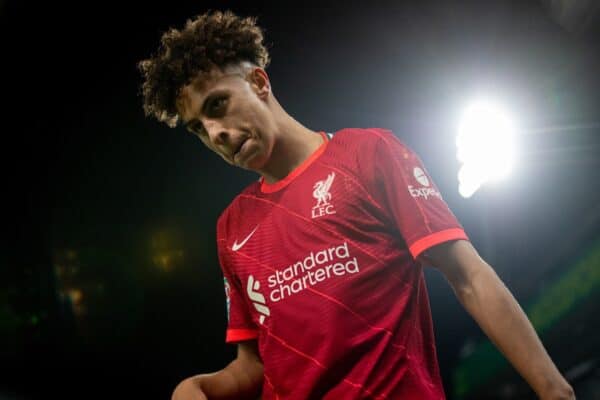 UEFA state that List B players must have been “eligible to play for the club concerned for any uninterrupted period of two years since his 15th birthday.”

Since Gordon joined Liverpool in February of this year, he is not able to be registered on List B and would have been required to take up a valuable List A slot.

The same issue befalls Mateusz Musialowski, who has trained with the first team on a number of occasions in recent weeks, along with goalkeeper Marcelo Pitaluga and midfielders Melkamu Frauendorf and Bobby Clark.

Elliott was named on List A due to his importance to the senior side, with the teenager ineligible for List B as his two-year spell with the club was ‘interrupted’ by a loan at Blackburn.

Next year, the No. 67 will be eligible as a List B player – though the same could not be said of Gordon, who could effectively replace Elliott on List A next season, if his development goes as hoped.