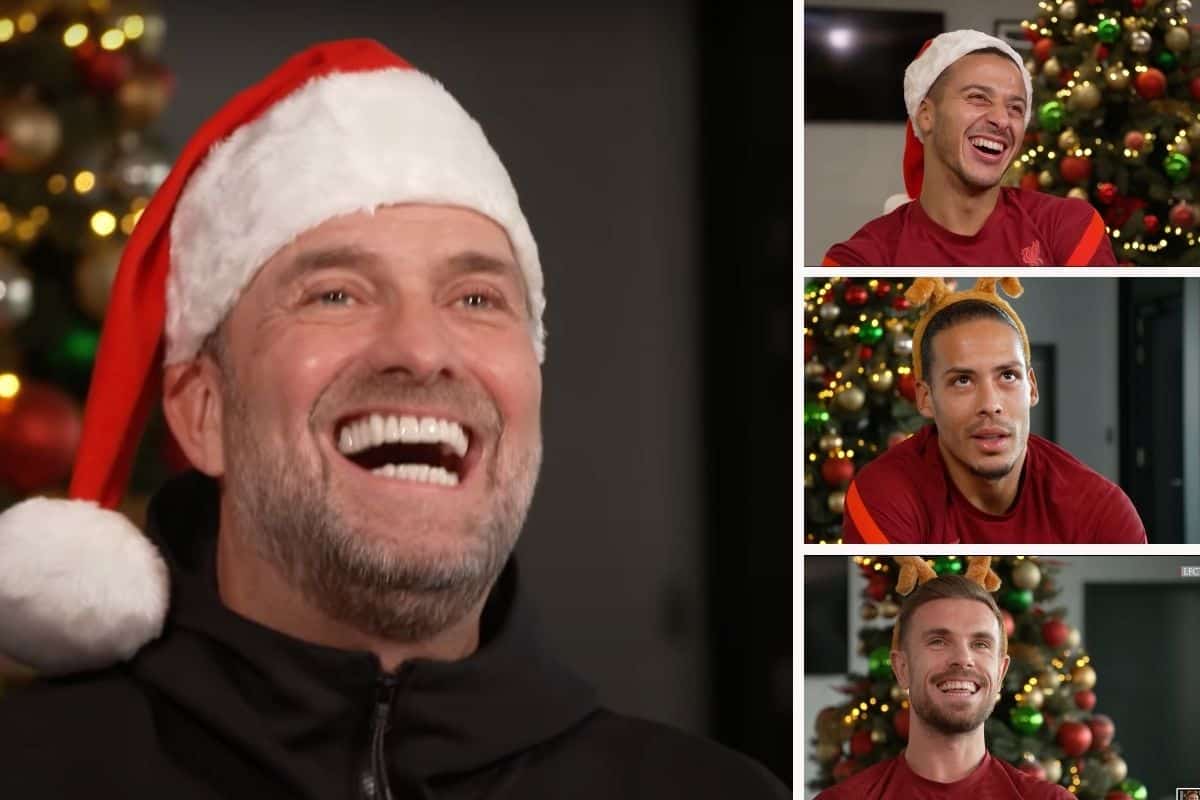 Though not able to attend in person for the second year running, Jurgen Klopp and his Liverpool squad still surprised children from the Alder Hey hospital for Christmas.

It is a tradition for the Reds to visit patients at the Alder Hey Children’s Hospital ahead of Christmas, but restrictions due to COVID-19 have stopped them in both 2020 and 2021.

But Klopp and his players were on hand to spread Christmas cheer through a series of virtual calls to children, as well as delivering them presents including signed shirts.

“Actual Klopp! Actual Klopp!” was young George’s reaction to his surprise from the manager, who asked if he had any questions for him.

George asked: “What happened to your glasses?!”

“I liked my glasses, but now I see better than before with glasses,” Klopp said. “The problem is I look worse than before!” 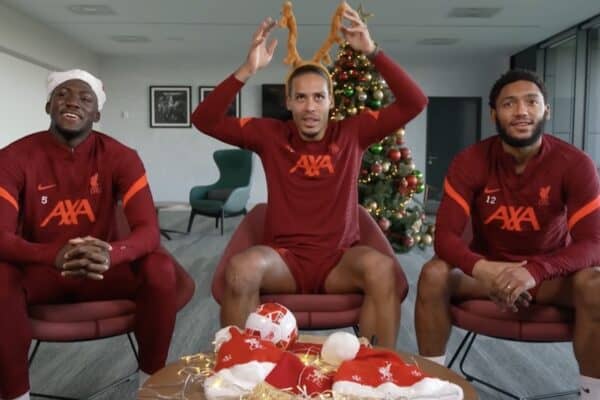 Virgil van Dijk, Mo Salah and Thiago were popular names among the children when asked who their favourite players were, while their parents asked for a Premier League and Champions League double this season.

And two recent wins in particular stood out, with Jordan Henderson congratulated for his goal in the 4-1 thrashing of Everton, while one child joked about his Man United supporting brother and the 5-0 victory at Old Trafford.

The smiles on the children’s faces, even through virtual calls, make the video, with a hug between one boy and his grandfather at the end showing how meaningful Thiago and Fabinho‘s visit was.

“I wasn’t expecting that!” said another, with Liverpool’s surprise no doubt making many a Christmas.