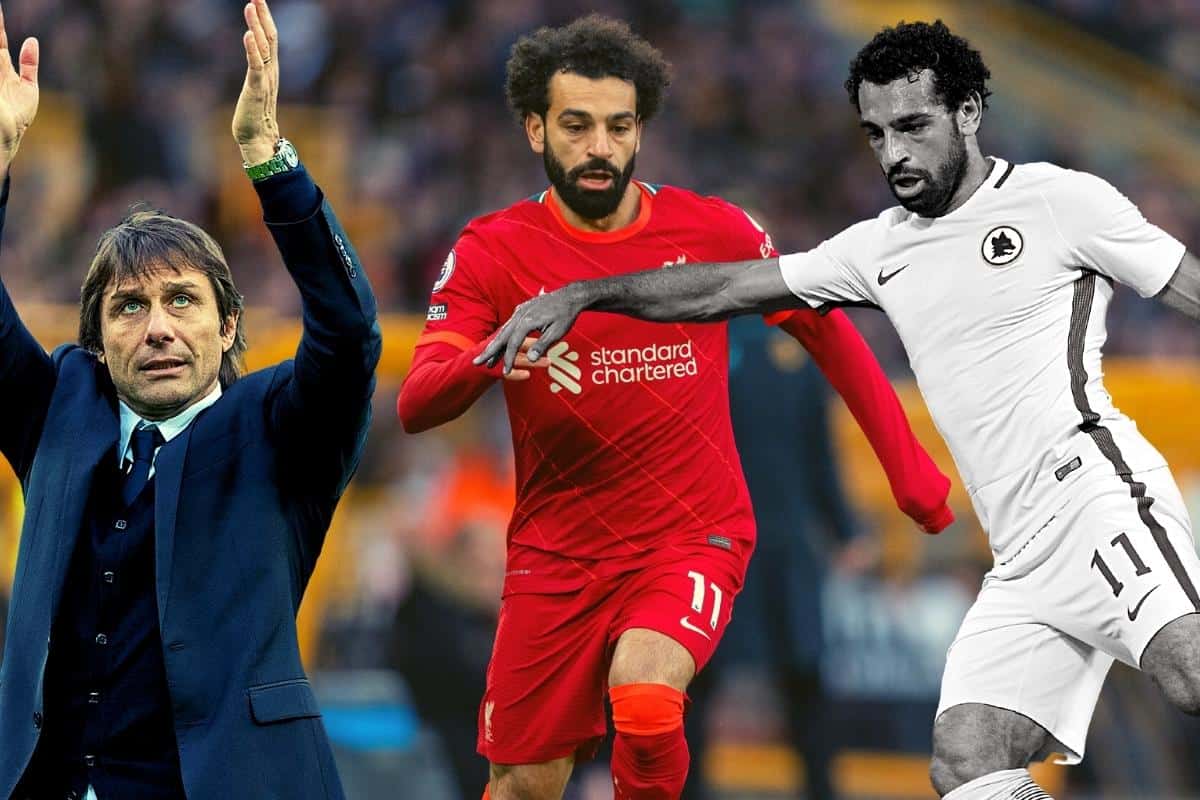 As he prepares his Tottenham side to take on “one of the best players in the world,” Antonio Conte has charted Mo Salah‘s progress from his time in Italy to now.

Despite Conte spending much of his managerial career in Italy and even taking over at Chelsea in 2016, his path has barely crossed with Salah’s.

Salah left Chelsea in the same summer Conte arrived, having spent the previous year-and-a-half on loan with Fiorentina and Roma, though he has come up against him on two occasions.

The Spurs manager watched from afar, though, as the Egyptian grew in stature in Italy, putting a tough spell at Stamford Bridge aside to earn a move to Liverpool.

Now, he is indisputably one of the best in world football, and ahead of his side’s meeting with the Reds, Conte praised his improvement.

“I think he’s one of the best players in the world,” he told reporters.

“During the game, we have seen how he scores, how he makes assists, he’s a very decisive player. Every time he has the ball he’s a danger.

“He improved a lot, I remember him when he played in Italy. Now, he’s improved in an incredible way.

“Now I think he’s one of the best players in the world and in every game, he’s very decisive.”

The fortunes of the two stars of Liverpool and Spurs could not be more contrasting this season, with Salah having already scored 15 goals in the league while Harry Kane has only netted once.

Kane has clearly struggled to put a failed attempt to leave the club last summer behind him, and is operating at a startlingly low level for a player of his reputation.

But comparing the two in a later preview, Conte claimed that he “likes to have Harry in his team.”

“He’s one of the best I’ve had the pleasure to train. He’s amazing. I like to have him in my team.

“For sure, Jurgen likes to have Mo Salah. But I like to have Harry in my team.

“He’s an important player for us and my expectation was very high and to play an important game against Liverpool.”