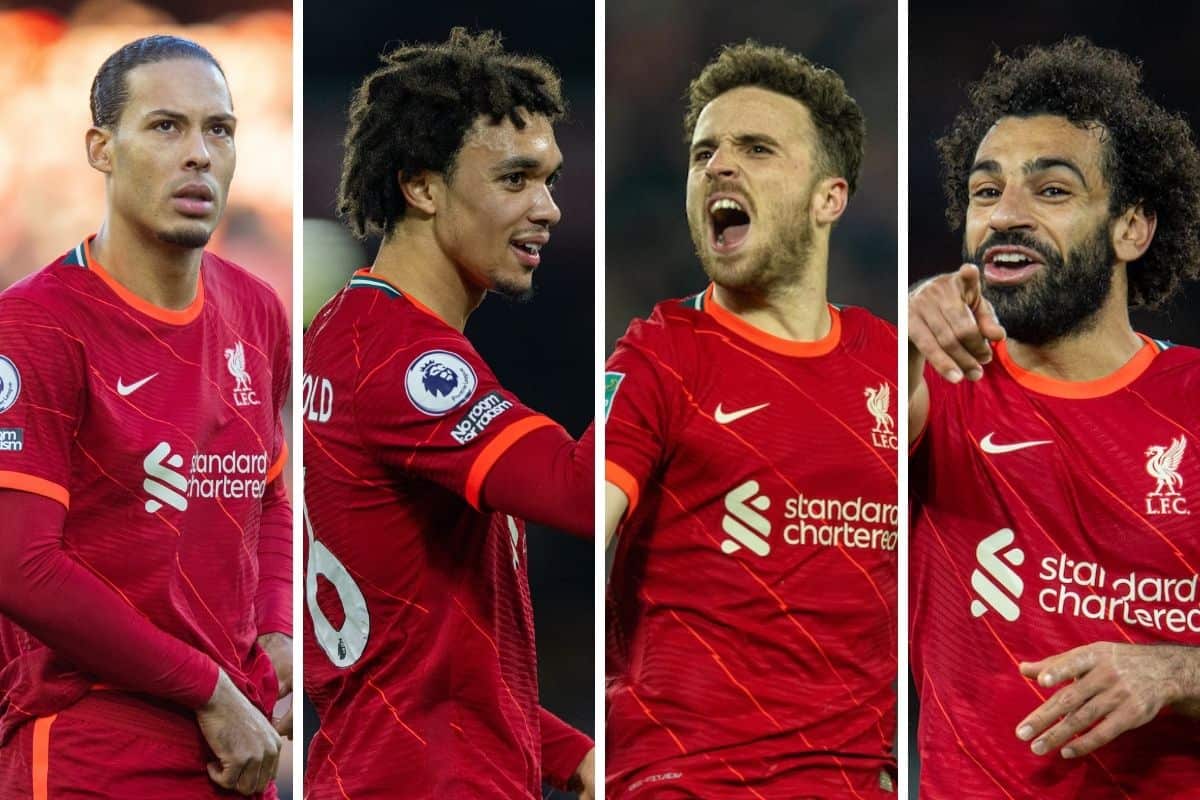 Sky Sports duo Gary Neville and Jamie Carragher both agreed on four Liverpool players in their respective Team of the Season so far, but there was conjecture over the fifth Red.

The season is at its halfway point for some having not been disrupted by postponements and with the year coming to a close, Carragher and Neville took stock of 2021/22 so far.

For Liverpool, the campaign has been one full of plenty of highs and new records as a team and as individuals, with Mohamed Salah leading the way in that regard.

And with only Man City sitting above the Reds in the table, their impressive start to the season was reflected in both Neville and Carragher’s Team of the Season so far as revealed on Sky Sports‘ Monday Night Football.

The pair agreed on four Liverpool players for their XI, with Salah, Diogo Jota, Trent Alexander-Arnold and Virgil van Dijk all present in the respective teams. 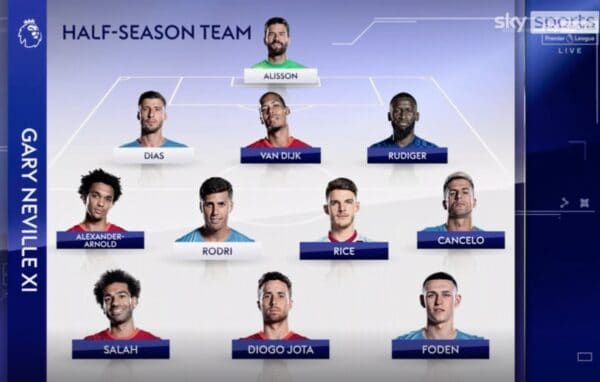 It meant that the Reds dominated both XIs as Neville chose Alisson in goal to take his Liverpool representatives to five, one more than City in that particular lineup.

And it was Liverpool’s No. 1 who was the subject of conjecture as Carragher instead selected Arsenal‘s Aaron Ramsdale, while Neville conceded Andy Robertson was “unlucky” not to feature.

City’s Bernado Silva also attracted debate as Carragher questioned “How the hell have you not put Bernardo Silva in your team?” before Neville replied with, “I just haven’t put him in.” 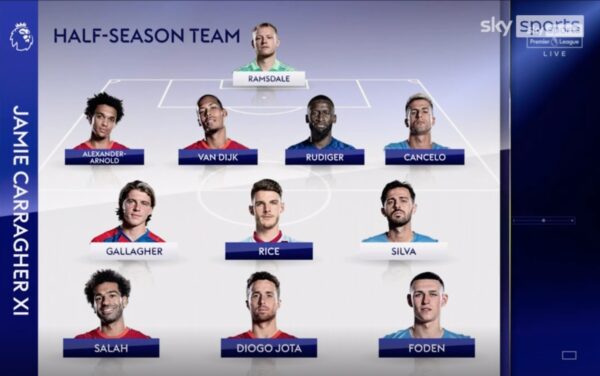 Crucially, they were both in agreement that Salah has been the best player after 15 goals in the league and 22 across all competitions in 18 and 24 games respectively.

It is just two opinions but that Liverpool are heavily represented showcases just how bright the start to the season has been for Jurgen Klopp‘s men as they look to get back to lifting silverware.