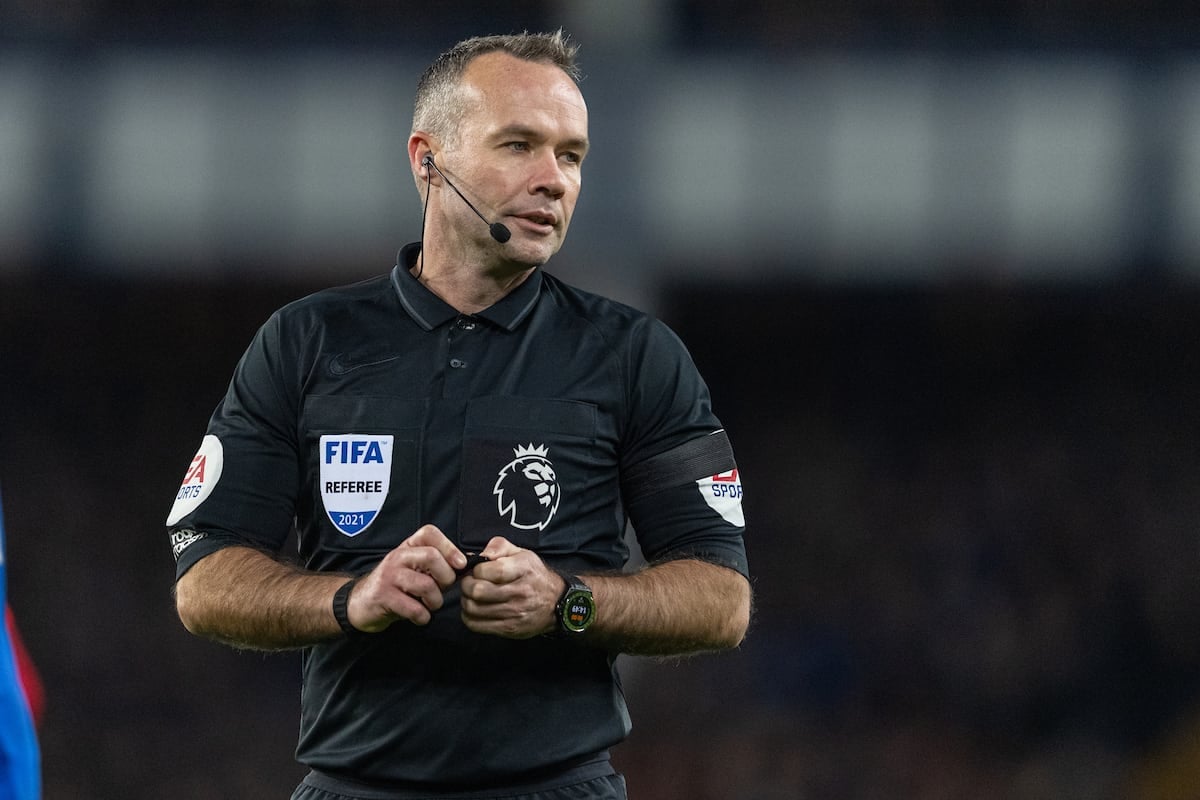 It’s unlikely even Paul Tierney himself would have gone away from Sunday’s 2-2 draw between Tottenham and Liverpool feeling he had performed well in his role.

A series of strange decisions saw Tierney overlook major incidents for bizarre reasons, including a yellow card for England captain Harry Kane when it should have been a red.

The referee also waved off a clear foul on Diogo Jota in the penalty box, later telling Jurgen Klopp that he felt the Portuguese had stopped his run in order to win the foul.

Both calls effectively cost Liverpool two points, though Spurs fans will no doubt feel aggrieved after Mo Salah handled the ball in the buildup to Andy Robertson‘s header and Dele Alli was brought down in the area only to be ignored.

But former referees feel Tierney gave Spurs the advantage, with Mark Clattenburg using his column for the Mail to ask “where’s the consistency?”

“If Harry Kane’s lunge on Andy Robertson isn’t a red card then I’m not sure what is,” Clattenburg wrote. 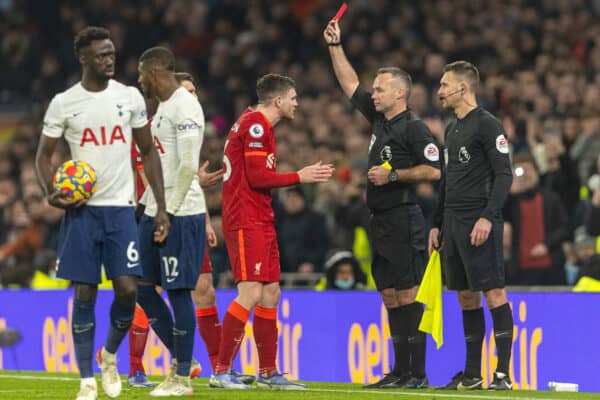 He added that Robertson could have been “spending Christmas in a moon boot,” and suggested that Kane was given preferential treatment as captain of England.

Clattenburg believes Liverpool “should have had a penalty” for Emerson Royal’s foul on Jota, but that Alli “went down wanting a penalty” and Salah’s handball “doesn’t matter.”

Most damning, though, was his verdict on a correct decision to show Robertson a red card for his hack at Royal in the second half: “It was worthy of a red, but then Kane’s indiscretion earlier in the game was worse.

“Where’s the consistency? How can VAR tell Tierney to go look at this incident but not the one involving Kane?”

Meanwhile, Keith Hackett, who refereed in England from the 1970s to the early 1990s, lamented “another refereeing error” for failing to show Kane a red.

How can Harry Kane stay on the pitch after that reckless challenge that endangered the safety of an opponent. Excessive force. Serious Foul Play challenge RED CARD -another refereeing error

“Harry Kane and Andy Robertson both deserved to be sent off,” Hackett told the Telegraph.

“The referee got both decisions wrong but I cannot understand why only Robertson’s was referred to VAR and why only he was dismissed.”

Hackett also suggested that Kane’s status could have saved him, which is a damning indictment of the calibre of refereeing in the most high-intensity league in football.