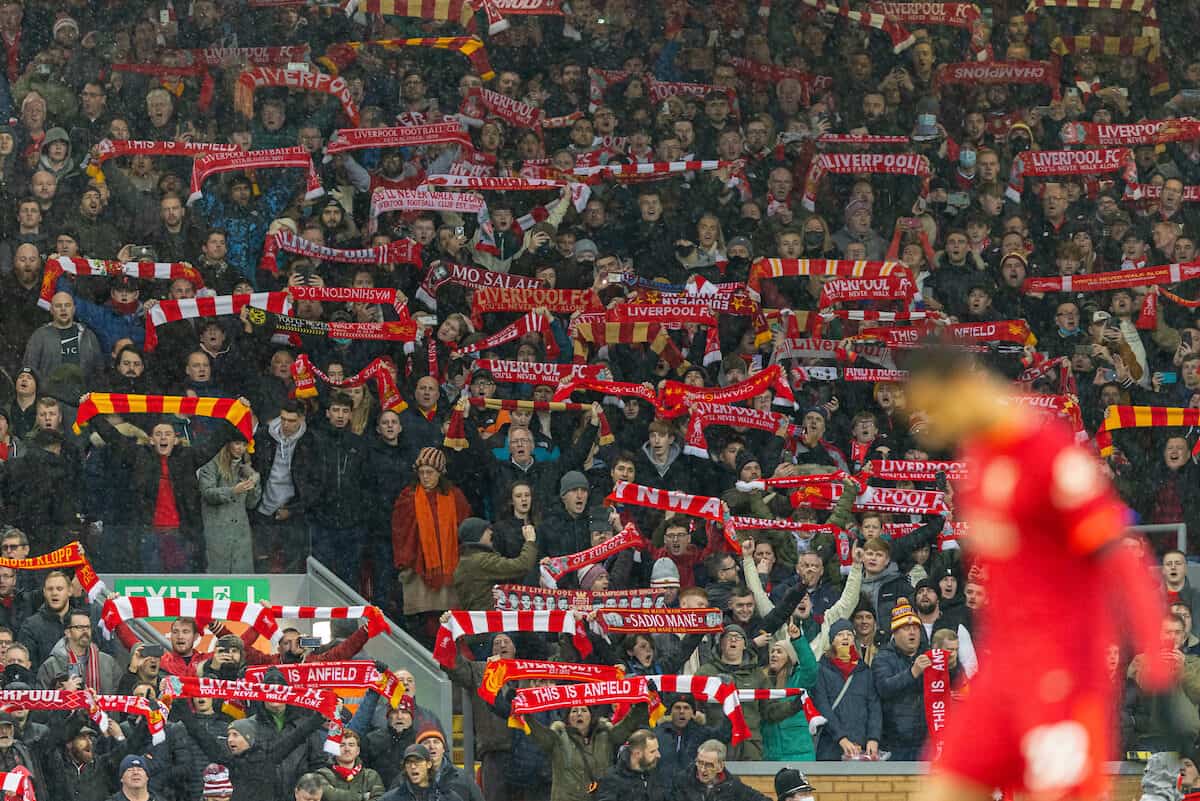 Liverpool’s Boxing Day game against Leeds United has been postponed due to Covid cases for Marcelo Bielsa’s side, meaning no traditional Christmas fixture for the Reds.

The Reds were to host Leeds on Boxing Day in the early kickoff but positive Covid cases in the Leeds camp in addition to their extensive injury list means they cannot fulfil the fixture.

Following Premier League approval for postponement, the match will be rescheduled and will be added to a growing list of fixtures needing to be made up at a later date.

It means Liverpool will now not play until December 28 at Leicester but one game less in the schedule ensures Andy Robertson will take no part in the Chelsea clash due to his red card suspension.

The news was met by mixed reactions from Reds as there’s no festive football to enjoy but Jurgen Klopp‘s side get extra rest:

The good news is I get to spend more time with my family.

The bad news is I get to spend more time with my family. https://t.co/aj5B4klEup

A little break won’t do us any harm, only negative is that Robbo will miss the Chelsea game… https://t.co/XdV8JVUsTB

I, for one, am shocked that an injury ravaged Leeds don’t fancy playing Liverpool on Boxing Day.

No Liverpool on Boxing Day? pic.twitter.com/kiCQLttw69

Total lack of sporting integrity with the Covid cancellations. City play a severely weakened Leeds side, now reached some opaque tipping point so we postpone to a later date when undoubtedly they’ll be reinforced. Not an even playing field at all.

Anyone thinking the postponement is remotely good news for Liverpool needs to give their head a wobble.

Especially if the rearranged game is in the free weekend at the end of January… during Afcon.

However, it means Andy Robertson's ban now excludes him from being able to play against Chelsea.

— Tomorrow, I Will be Someone's Girlfriend (@SolobugPlayer) December 23, 2021

26th/28th fixture congestion not a problem now. Is for Leicester, who are still scheduled to play on 26th.

The one fixture Dad and I were actually granted tickets to – purely because it was at such a heinous hour on Boxing Day. Yet another year's pair of LFC memberships prove worthless. https://t.co/RaHHNwT36x

Liverpool’s game is not the only one not to go ahead on Boxing Day as Watford‘s trip to Wolves has been called off due to insufficient numbers for the former.

There could be further postponements to come and while many opposition fans will point to Klopp getting his wish during fixture congestion, this will not have pleased him in the slightest having said: “Boxing Day is a wonderful game – nobody wants to delete that and cancel that.”