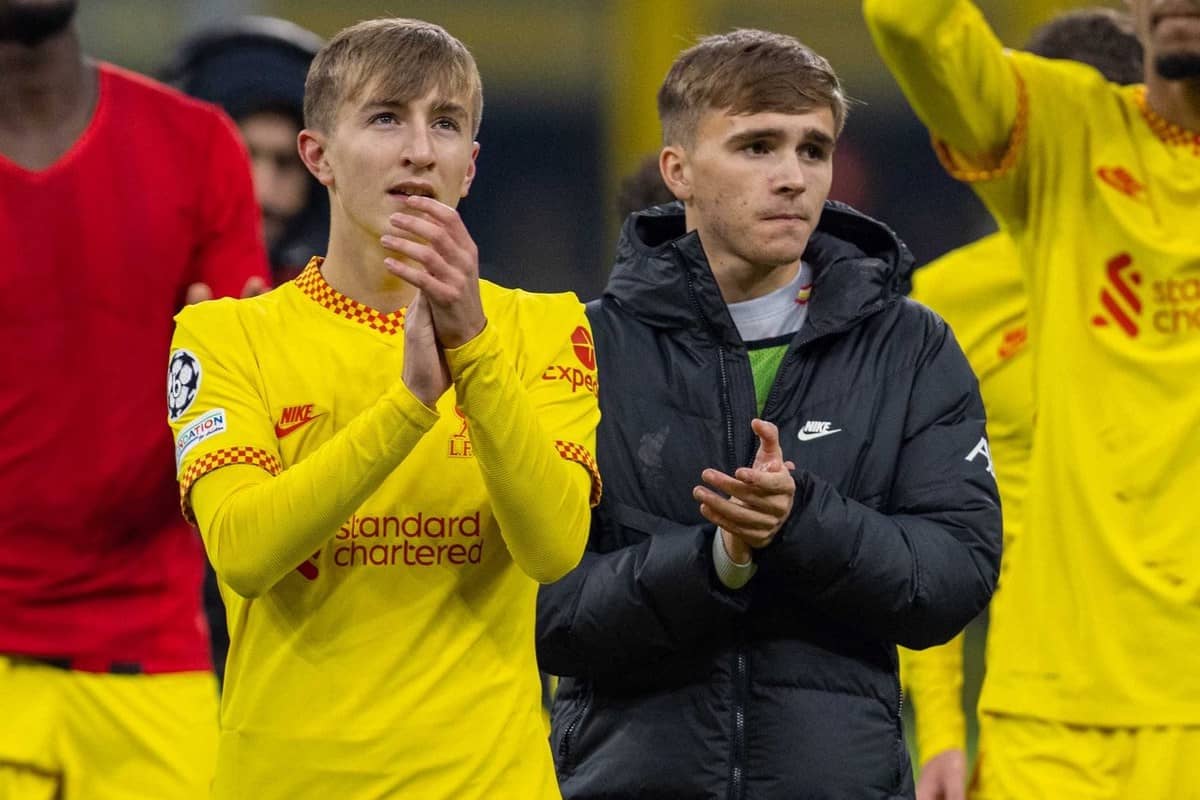 Liverpool striker Max Woltman became the latest player to make his debut for the club on Tuesday night, with Jamie Carragher revealing his connection to the 18-year-old.

With the Reds in an unassailable position in their Champions League group, Jurgen Klopp was able to rest four key players for the trip to AC Milan.

Jordan Henderson, Virgil van Dijk, Thiago and Diogo Jota all stayed on Merseyside, along with the suspended James Milner, and the manager made eight changes to his lineup at the San Siro.

Woltman, a team-mate of Morton’s for their entire footballing lives, came off the bench alongside Bradley in the second half, with Carragher sharing an exchange with his father during the game.

The beautiful game.@carra23 shares a text message and his immense pride of Tyler Morton ??. pic.twitter.com/0Zt6u4XeRr

“I text him before the game, ‘brilliant’, when I saw the teamsheet. When he’s come on, ‘wow, delighted for you and the family’,” he said on CBS.

It was a special moment for Woltman and his family, with Carragher taking a keen interest in the young forward’s development having watched him for years at the academy.

Woltman, Morton and Norris were all part of the same age group as Carragher’s son, James, who is now playing centre-back for Wigan, with the Liverpool legend explaining further.

“My son was at Liverpool, they go in really young now, aged six. So I’ve watched that group of players,” he continued.

“There was another lad on the bench, James Norris, who never came on. So I’ve seen them come through the sort of system.

While Woltman and Norris may be required to wait for another chance, the 19-year-old Morton seems firmly established as a first-team option, having made the matchday squad for eight of the last nine games.

“I thought Tyler Morton was outstanding in midfield. He was fantastic,” Carragher said.

“A teenage player, playing for Liverpool, one of the biggest clubs in European football, your hometown club, in the San Siro…

“The San Siro’s one of those. I played there only once when I was in my late 20s, and for me it was like ‘this is amazing, this is unbelievable’.

“For the family, what their mothers and fathers will think, but Jurgen Klopp as well giving those lads a chance. He really does give them a go.”