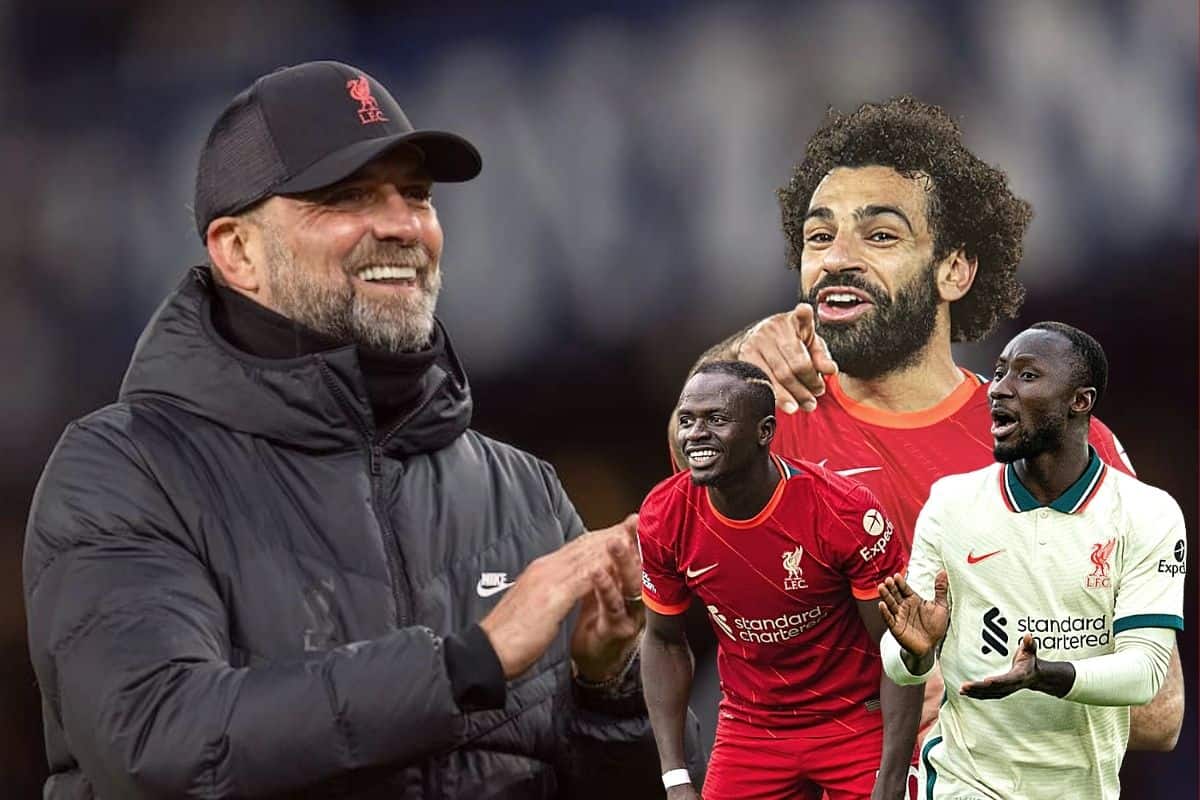 Jurgen Klopp has welcomed the ‘good news’ that Mohamed Salah, Sadio Mane and Naby Keita will be available for Liverpool’s trip to Chelsea before jetting off to the Africa Cup of Nations.

The Reds will lose the trio for at least two-and-a-half weeks in January due to their involvement in the tournament, with the maximum period away five weeks should any make it to the final.

With the tournament kicking off on January 9, there were fears Salah, Mane and Keita would all be forced to miss the trip to Chelsea on January 2 due to the need to link up with their national team.

But an agreement with the Confederation of African Football has made it so that players do not need to be released until after the fulfilment of their games up to January 3.

“The news is obviously good, we’re really thankful for that,” Klopp said of the agreement.

“I think it’s right, we needed help and we got help. All the clubs got the help, so it’s good that the boys can play this game.

“After that, they still have to go.”

The tournament in Cameroon runs until February 6 and it means a possible five games could be missed dependent on how far Egypt, Senegal and Guinea progress respectively.

Leicester‘s league visit to Anfield on February 10 could also be under a cloud when you factor in Covid, injury or possible quarantine rules, with restrictions continually subject to change.

For now though, Liverpool will be buoyed by the fact that the trio can play a part against both Leicester and Chelsea over the coming week.