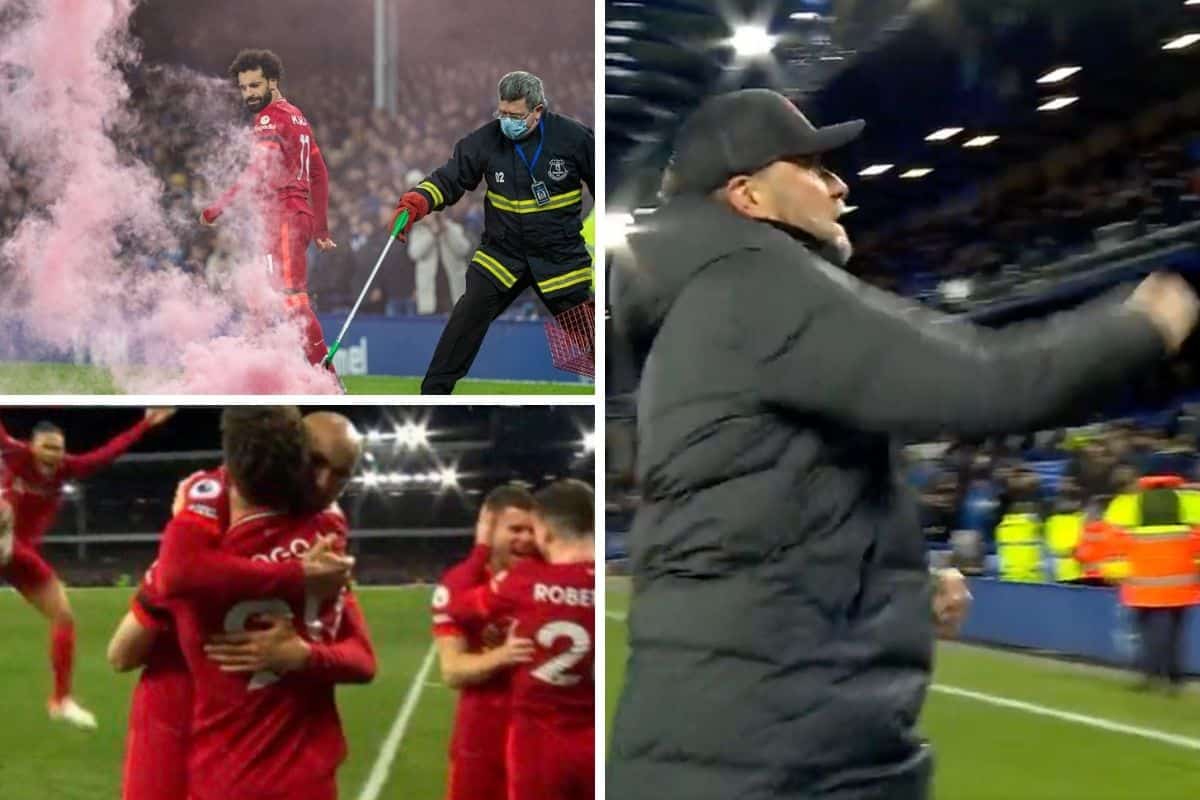 Liverpool’s ruthless streak continued with a 4-1 win at Everton on Wednesday, leaving plenty for fans to savour in the aftermath.

The Reds cannot stop scoring and it was the same again at Goodison Park with more misery piled onto the Blues in their heaviest home defeat against Liverpool in 39 years.

It was the third league game in a row that Liverpool have scored four and the 18th in succession in all competitions that two or more have found the net, talk about impressive.

Another two goals were added to Mohamed Salah‘s tally with Jordan Henderson and Diogo Jota scoring on either side in what was a convincing and ruthless outing.

And with so many joyous sights, there was plenty for social media to lap up after the game.

First, there was a restrained one after Hendo’s goal…

But then the boss rightly gave it his all in front of the travelling Kop, even adding in a 360 degree spin for the drama!

And who doesn’t want to watch it from as many angles as possible? We know we do!

Got the fist pump from Klopp at the end ?? pic.twitter.com/OMhAIL5PuR

One of the absolute best from Jurgen there ? pic.twitter.com/riBr27srdA

Show them the way to go home!

Liverpool went two goals up inside 20 minutes and the exit door looked rather appealing for Evertonians!

There were some unsavoury, and that’s putting it lightly, scenes on the way out…

Hang ???? one in the Louvre. pic.twitter.com/6hNQmn4DDq

It meant that the boos at full-time lacked any gusto though as there was hardly any Blues left in the ground by that point!

Salah the talk of the town

And he’s more than deserving of it once more. In the week he bemusingly placed seventh in the Ballon d’Or, Salah did his talking on the pitch.

We are Watching the Best Player in the World ??? pic.twitter.com/Zw6SDhpm3J

You can’t help but love him!

And then when you think of his two arms thrown into the air in outrage over the first-half tackle on Jota it just gets better. Always fighting the good fight!

Hang this in the Louvre!

so much is going on in this pic ? pic.twitter.com/2EBvpoRobZ

It is a work of art!