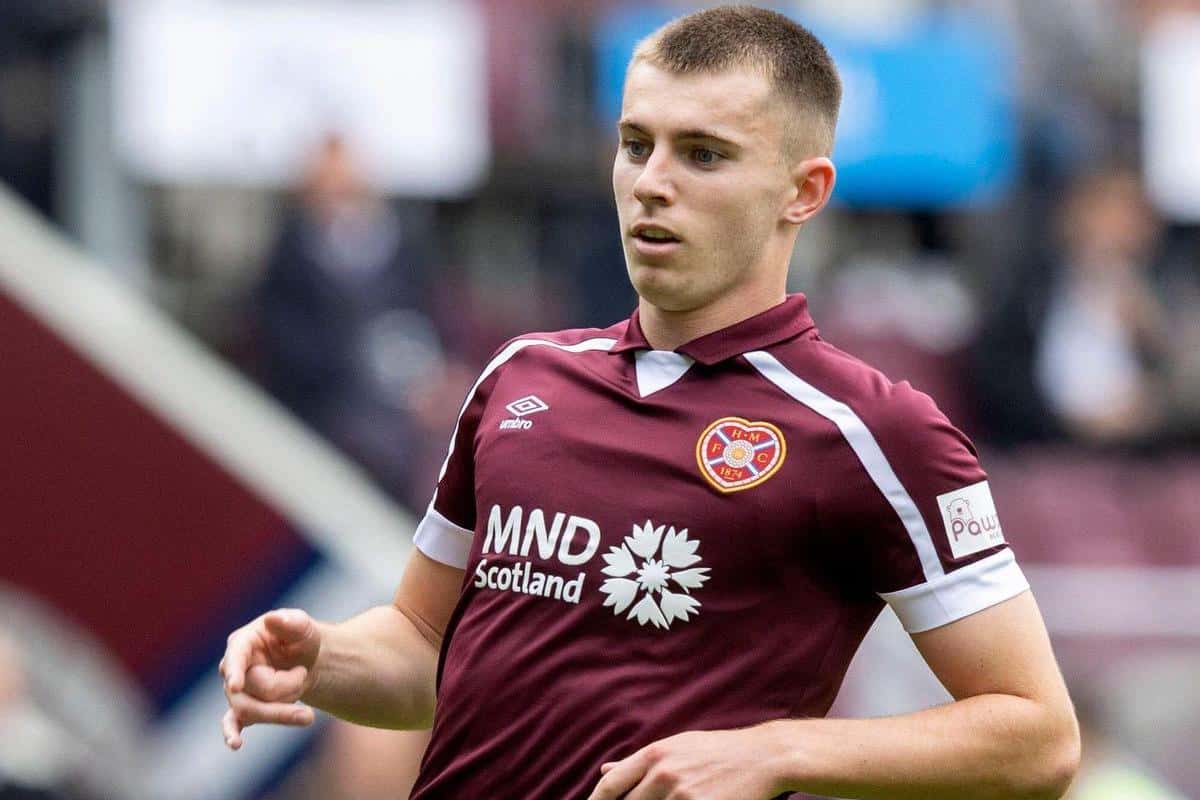 Liverpool loanee Ben Woodburn scored his third goal for Hearts on Boxing Day, and his winner against Ross County provided a vital boost ahead of Scotland’s winter break.

At the halfway point of the campaign, Woodburn can look at his time with Hearts so far with mixed feelings.

A place in the side for the visit of Ross County on Sunday brought his 13th start of the season, which is the most he has made for any of his four loan clubs.

The midfielder has comfortably exceeded his minutes played at both Sheffield United and Blackpool, and is now only 45 off the 948 clocked while with Oxford United in 2019/20.

But Woodburn’s form in Edinburgh has been patchy, and he has only completed the full 90 minutes once in 16 appearances for the Scottish Premiership club.

Boxing Day brought an afternoon of redemption for the 22-year-old, however, as his smart run and cross sparked the move that led to Michael Smith’s opener, before he struck the winner himself in the 42nd minute.

His goal came via a stroke of fortune on the break, as Woodburn touched down a long ball on the charge and shifted into space, with his effort deflected in from range.

3??rd of the season for @BenWoodburn

Wearing the No. 9 shirt, he played 78 minutes in a game that saw a second-half scare as Ross County’s Jordan White netted, only for Hearts to hold on for a 2-1 win.

It was the final game of the year for Hearts, with a three-week winter break to come now before the visit of St Johnstone on January 18.

And victory ensures they remain in the hunt for a Champions League spot, nine points behind second-placed Celtic and five ahead of Motherwell in fourth.

“I thought he was exceptional first half; second as well, I thought he did well,” manager Robbie Neilson said after the game.

“He just needs the goals at times. He’s got real quality, you can see that. I was delighted for him getting the goal today.”

Neilson was not the only one full of praise for Woodburn, with Hearts fans taking to Twitter to herald their loanee after calls for him to be dropped or even sent back to Liverpool:

Nervy finish to the game but we got there in the end. Michael Smith consistent as ever, doesn’t matter where you play him. Happy for Woodburn getting back in the goals, ending the year with a win is ideal. Enjoy your Sunday night Jambos, thanks for tuning in ?? #HMFC pic.twitter.com/AJBt1x5Yfo

Ben Woodburn was class and the last 5 minutes nearly gave me cardiac arrest.

And that’s all I have to say on the matter ?

Here how good was Ben Woodburn yesterday, that's the boy we thought we signed.

There’s your man Ben Woodburn you all wanted dropped ?? made the first and second goals ??

It was a big performance from Woodburn on the back of fierce criticism of his form, with Neilson’s assertion that he “needs the goals” suggesting that he is very much a confidence player.

While it is unlikely that his loan deal would be terminated in the January transfer window – as could be the case for Leighton Clarkson and Rhys Williams – given his Liverpool contract expires in the summer he is clearly playing for his future.

Whether that future is with Hearts could well rest on his performances after the winter break, and their efforts to break into Europe.