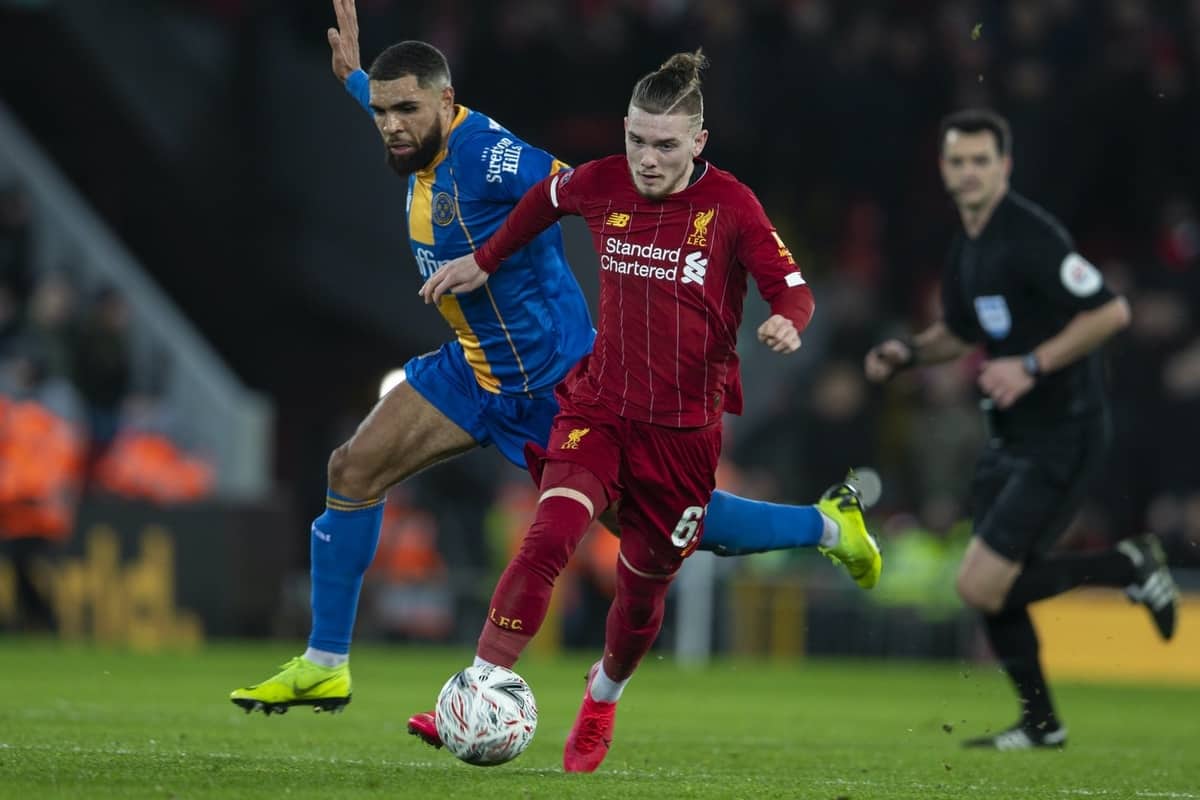 The Reds will meet Shrewsbury Town at the start of next year, with the fixture to be played at Anfield.

This is the third time they will meet over the last two years having played in 2019/20 in the fourth round, a game which went to replay and was famously won by Liverpool’s youngest ever lineup.

Jurgen Klopp‘s men got as far as the fourth round last season and have never gone beyond the fifth round of the FA Cup since the German arrived.

When will the tie be played?

The third round will take place over the weekend of January 7 to January 10, 2022.

The fixture will fall between Liverpool’s trip to Chelsea on January 2 and Brentford‘s visit to Anfield on January 15.

The Reds we know that can not feature

Due to their involvement in the Africa Cup of Nations, Mohamed Salah, Sadio Mane and Naby Keita will not take part in the third round tie.

Any chance of a replay?

Yes, if the scores are level after 90 minutes then a replay will take place.

It includes only the third and fourth rounds of the competition. They are making their return after the FA removed them from the schedule last season due to the pandemic.

When did Liverpool last make the FA Cup final?

More than nine years ago in 2011/12, with Chelsea the opposition and eventual winners with Andy Carroll’s second-half goal not enough in the 2-1 defeat.

You then have to go back to 2006 for Liverpool’s last FA Cup triumph, accurately dubbed ‘The Gerrard Final’ for his monumental effort against West Ham.