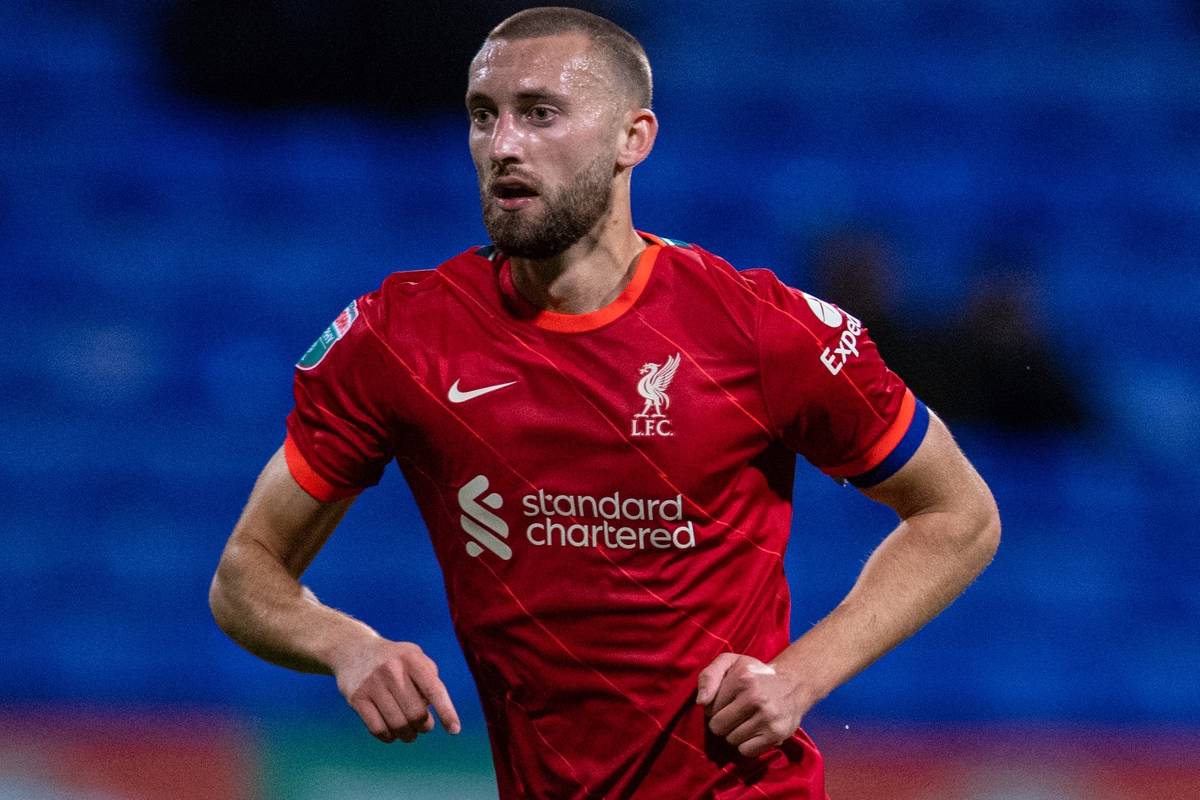 Nat Phillips will miss the rest of December after suffering a fractured cheekbone on his first start of the season for Liverpool, though a January move is still on the cards.

Phillips came into the side for the first time this term as he partnered Ibrahima Konate for Tuesday night’s 2-1 victory over AC Milan, impressing in a battling display.

But it came at a cost, with the 24-year-old now facing at least the rest of the year on the sidelines having fractured his cheekbone.

While he is able to continue with non-contact training, Liverpool have already ruled him out until the New Year, with Konate, Virgil van Dijk, Joel Matip and Joe Gomez remaining Jurgen Klopp‘s centre-back options.

It is possible, then, that Phillips has played his last game for the Reds, with both Newcastle and West Ham considering permanent moves in the January transfer window.

Most recently, the Liverpool Echo have suggested that the defender could be available for around £12 million, though given he signed a new four-year contract in August, it is feasible that Liverpool could ask for more.

Speaking on the injury in his pre-Aston Villa press conference, Klopp took an optimistic stance on Phillips’ recovery.

“What a story! Unfortunately, it’s broke. [But] it’s not as bad as it could have been,” he told reporters.

“So no surgery needed and he can pretty much train from next week on, but reduced because everything that would hit him in the face could cause proper damage.

“That’s why he has to be careful, just make sure from the moment the bone heals he obviously will be in a good physical shape, so that’s great.

“How long exactly it will take, I don’t know. Four or five weeks, something like that? We will see.”