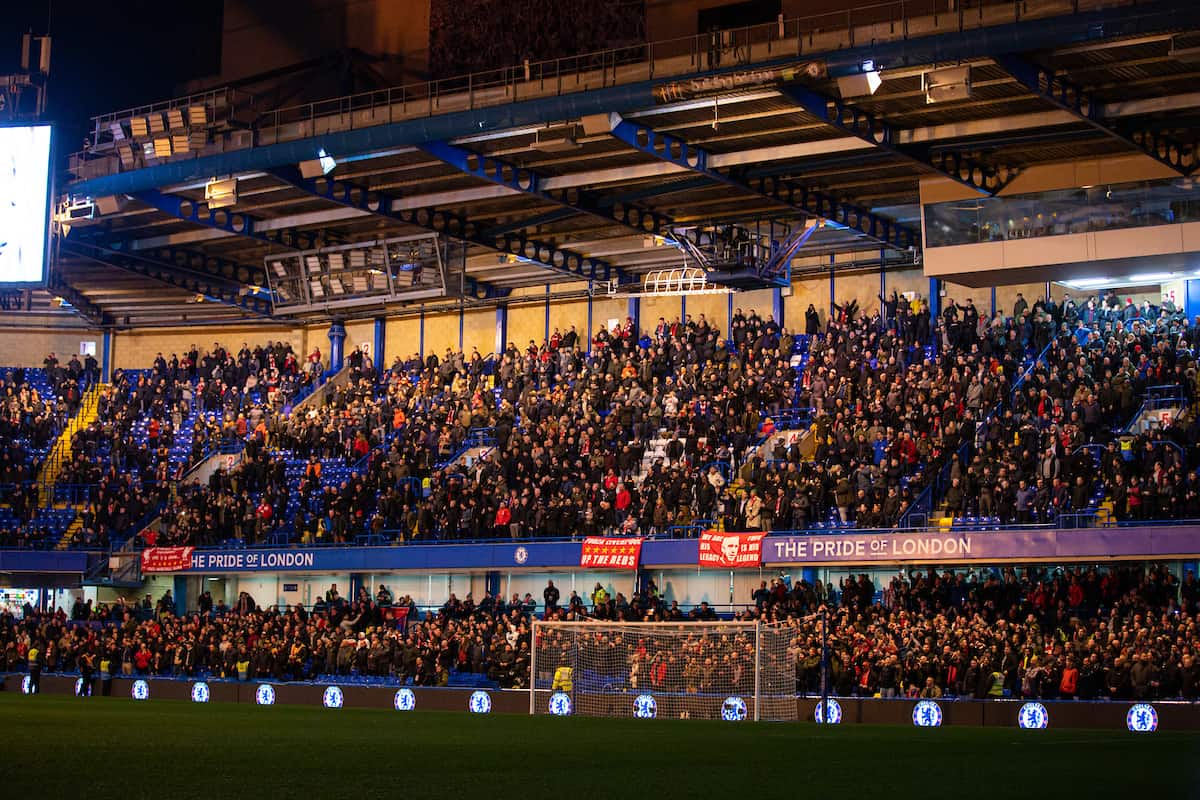 Chelsea have confirmed that the visit of Liverpool on January 2 will kick off the Premier League‘s safe-standing trial, which will include Reds fans in the away end.

Liverpool head to Stamford Bridge for the first game of the New Year, which stands to be one of the most important of the season when it comes to the title race.

Ahead of the upcoming midweek fixtures, the Reds sit second in the Premier League, a point behind leaders Man City and one ahead of Chelsea in third, with an eight-point gap between the top three and fourth-placed West Ham.

Having already been held to draws with City and Chelsea at Anfield, Liverpool will be desperate to take the three points at the expense of their rivals away from home.

The 4.30pm kickoff in west London is to be set to a different backdrop, too, with Chelsea one of five clubs to take part in a safe-standing pilot across English football in the second half of the season.

Chelsea, along with City, Man United, Tottenham and Cardiff, are trialling the process with a view to a wider rollout across the country next season.

The trial will see the use of rail seating – which is already in place at Anfield in parts of the Kop, the Main Stand and the Anfield Road End – with supporters permitted to stand throughout allocated games.

It was expected that Chelsea would implement safe standing for the first available game, though there could have been doubts due to its historical significance to Liverpool.

But Chelsea have now confirmed that it will be in operation on January 2 in both home and away sections of Stamford Bridge.

“The areas for safe standing are the Matthew Harding Stand lower tier and Shed End upper and lower tiers where rail seating has already been installed,” a statement explained.

The club added: “For the Liverpool game and subsequent trial games, all supporters with tickets in the safe standing areas are allocated a seat as usual but now have the option of standing during the game at their allocated seat.

“Should they wish to they can remain seated but they must be aware that surrounding fans may stand and there is no dedicated area only for those who wish to sit.”

It will be an important moment for English football, with standing not permitted in stadia in the top two divisions since 1989, in the wake of the tragedy at Hillsborough.

And it is perhaps fitting, then, that Liverpool are involved, with confidence among leading parties that safe standing can resemble just that.