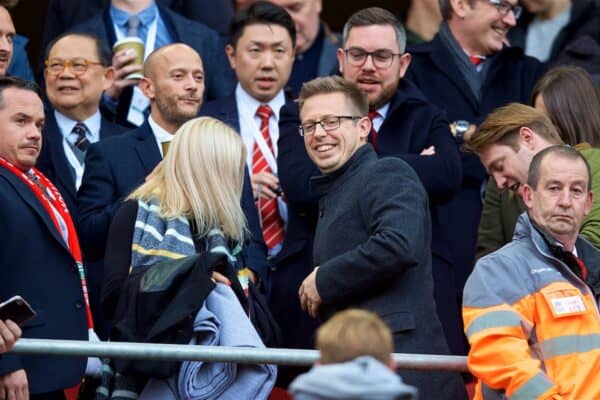 Michael Edwards has already confirmed he will leave Liverpool this summer, but though he has turned down Newcastle, Real Madrid have now made their move.

Edwards will step down from his role as sporting director at Anfield when his contract expires on July 1, with his current assistant Julian Ward taking over.

It will be a major change for Liverpool, but one those within the club are confident will not have a negative impact, as Ward has grown in influence in recent years.

The imminent availability of one of football’s most successful and highly regarded sporting directors has led to both speculation and interest from other clubs.

But Edwards has maintained is not leaving Liverpool having already found a new role, and it has already been reported that the 42-year-old had turned down an advance from the newly rich Newcastle.

However, the Independent‘s Melissa Reddy and Miguel Delaney report that he has now received an approach from Real Madrid, who are “hopeful they can persuade him to take the role.”

It is claimed that “a change in the club’s direction” has seen Real shift from targeting players already at Liverpool – including Mo Salah – to attempting to hire the man who brought them to Anfield.

“The plan for the future will be big signings, albeit signed less frequently, alongside up-and-coming stars in the mould of how Liverpool signed Salah and Sadio Mane,” Reddy and Delaney write.

They add that Edwards “immediately rejected” Newcastle, but “that has not been the case” when it comes to the Spanish giants.

There would, of course, be no pushback from Liverpool when it comes to Edwards’ next destination, as he will be free to find new employment from July 1.

But those on Merseyside could be caught in two minds whether they would prefer the mind that helped shape their title-winning squad operating at another Premier League club or one of their leading rivals in Europe.