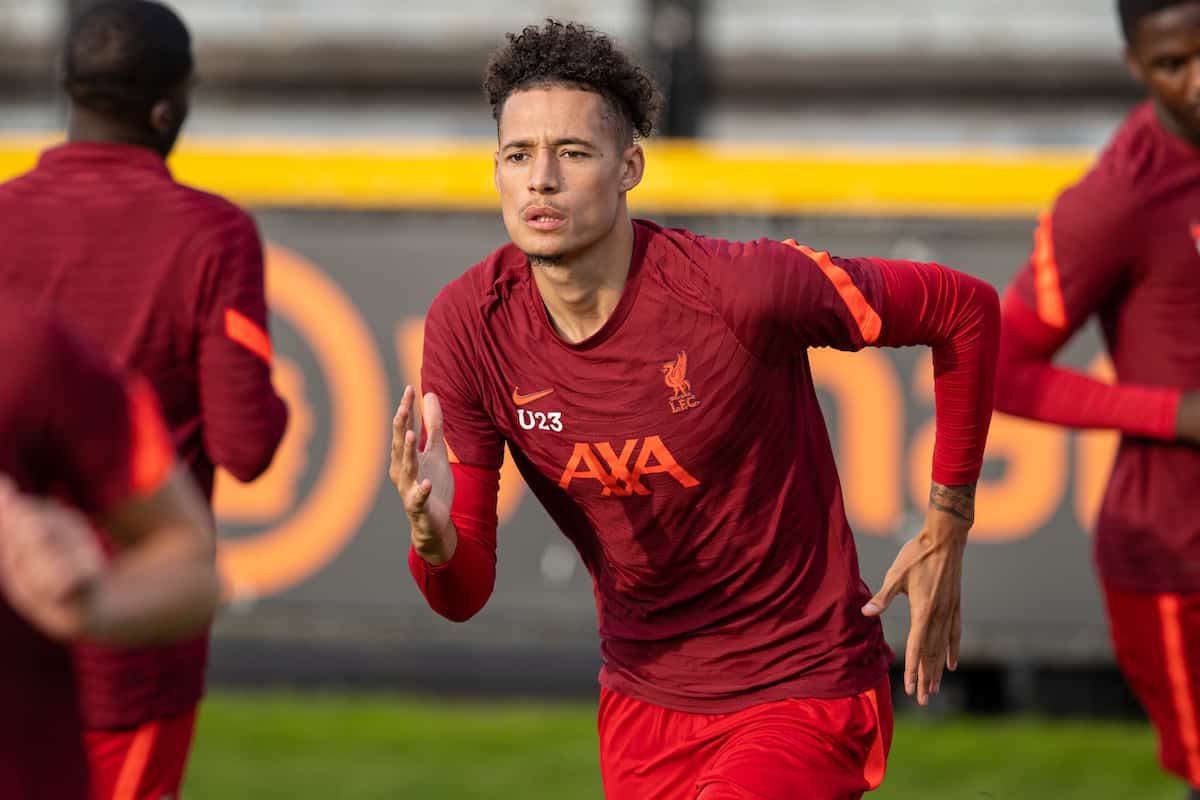 Rhys Williams‘ time on loan at Swansea has not gone exactly to plan, and the Championship club will hold talks with Liverpool over a possible return in January.

After making 19 appearances for the Reds’ first team last season, emerging as an unlikely option in a crisis, Williams joined Swansea on a season-long loan in August.

The reality for the 20-year-old at Anfield was that, with Virgil van Dijk, Joel Matip and Joe Gomez all back fit, Ibrahima Konate having signed and Nat Phillips retained as fifth choice, opportunities would be non-existent.

But joining the Swans has not provided him with the exposure he and his parent club would have hoped either, with Williams making just five starts so far.

He has averaged just over an hour on the pitch per outing, with the youngster suffering both racist abuse from the stands and difficulty on the pitch, namely in being outpaced by Andy Carroll in last month’s 3-2 loss to Reading.

Swansea manager Russell Martin, who prefers a three-man defensive line, has already expressed doubt over a long-term stay for Williams in south Wales.

And as reported by WalesOnline, the club’s sporting director Mark Allen has now confirmed talks will take place with Liverpool, referencing a recall clause in their agreement.

“With every loan, there will always be a recall clause in January, very seldom will you have a loan that doesn’t include that, for both parties,” Allen said.

“All of those will be factors now, and we’ll be speaking to Liverpool in the coming weeks with regards to Rhys.”

According to WalesOnline, a decision is yet to be made over whether Williams would return to Merseyside early, though it does seems likely.

There is even a chance that he stays at Liverpool for the second half of the season, with Phillips attracting interest over a permanent deal, with both Newcastle and West Ham weighing up offers.

Phillips has barely played for the Reds this season, but has been available in reserve as Jurgen Klopp manages the fitness of Van Dijk and Matip in particular.

While Williams is far from as accomplished as the 24-year-old, his status as an under-21 player could make him a useful option to add to the squad in the unlikely event of another wholesale shortage of centre-backs at Anfield.

He may not be the only Liverpool loanee recalled in January, with Leighton Clarkson similarly short of game time at Blackburn.