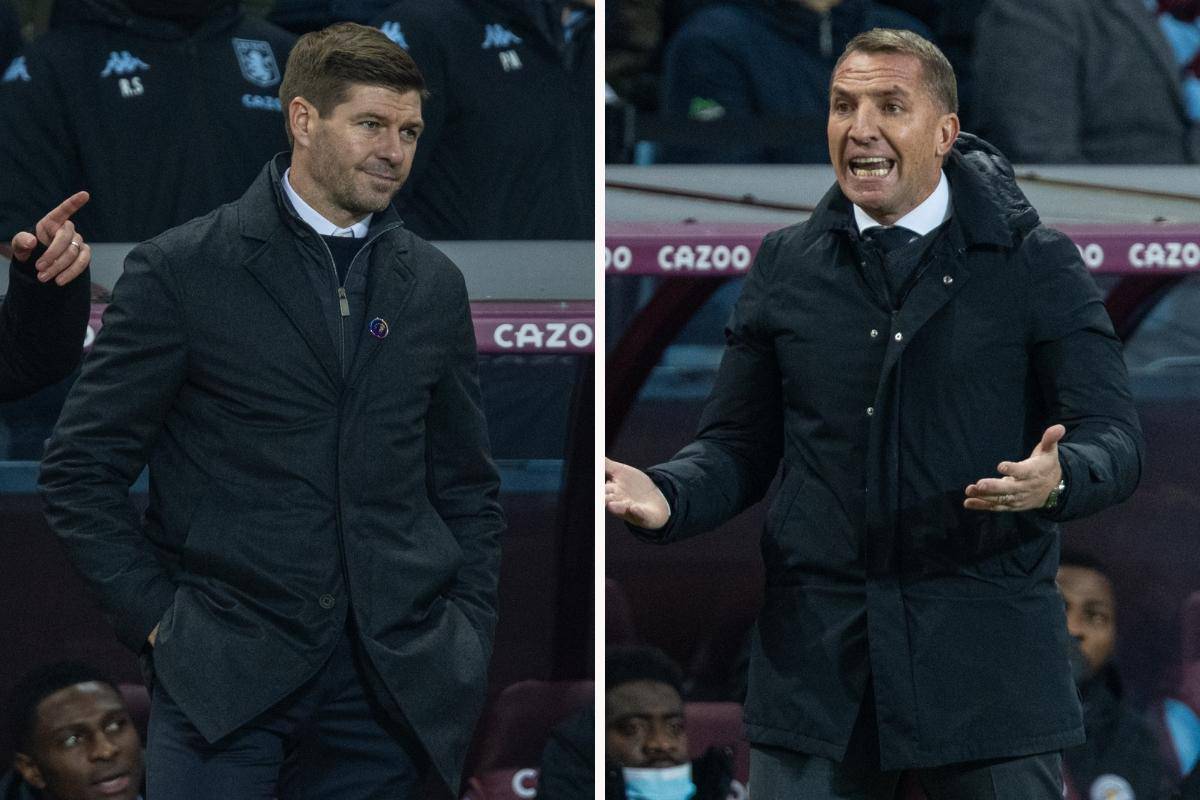 Gerrard played 126 times over three seasons under Rodgers at Liverpool, reinventing himself as a deep-lying midfielder, scoring 38 goals and laying on 28.

It was Rodgers who presided over the end of Gerrard’s time on Merseyside, though, with the legendary midfielder revealing that his omission from the starting lineup for a Champions League clash with Real Madrid effectively convinced him to leave.

Both left England in 2015, with Gerrard heading to LA Galaxy, but the pair are now back in the Premier League after successful spells in charge of the two Glasgow rivals, Celtic and Rangers.

Since leaving Rangers for Villa, Gerrard has impressed in his early games as manager, and Sunday saw him get one over his former coach as Leicester lost 2-1 at Villa Park.

Jacob Ramsey should have grabbed a second for Villa only to see his effort ruled out due to a perceived foul on Kasper Schmeichel, only for Konsa to clinch the win in the second half. 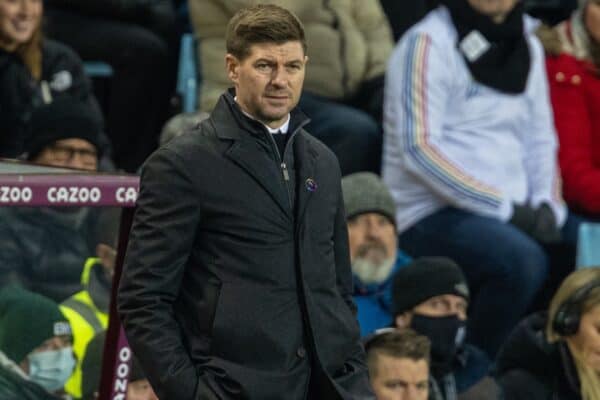 The win was Gerrard’s third in four games at Villa so far, and it is undoubtedly the most significant to date – particularly as it came at Rodgers’ expense.

As a result, Villa moved above Leicester into 10th, with both sides having taken 19 points from 15 league games.

It puts Villa back on form as they prepare to head to Anfield on December 11, which will be Gerrard’s first-ever game against Liverpool as player or manager.

Though Gerrard never played under Klopp, having left the Reds months prior to the German’s appointment, both have expressed their disappointment that they were unable to work together.

Now, they will be rivals in the dugout, with Liverpool looking to avoid an upset at the hands of their long-serving captain.