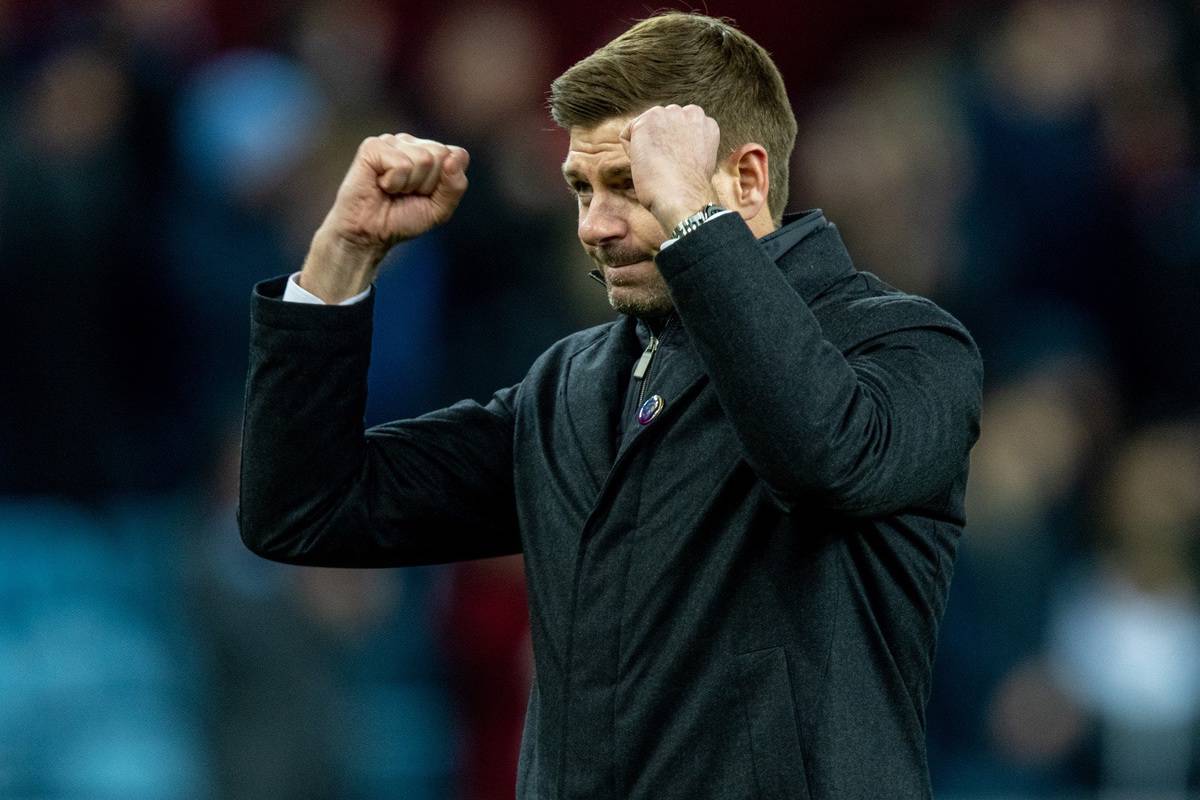 Steven Gerrard admits he will be happy to give up his hero status at Liverpool on his return as Aston Villa manager.

Gerrard – who scored 186 goals and had 145 assists in 710 appearances for Liverpool between 1998 and 2015 – returns to Anfield just a month into his reign as Villa boss with a “smile on my face” but determined to play down the occasion.

“The noise is for other people to get excited about, for me it’s about preparing the team in the best way I can to try and get a positive result for Aston Villa,” Gerrard said.

“Everyone in that stadium will know me well enough to know what I’m about and what I’m going to Anfield for.

“I’m going back to a club where I spent many years and it brings a smile to my face for a couple of reasons.

“One, I’ve got a good relationship with a lot of people at the club. I had a fantastic time there, a really good journey, I’m a local boy. It was the team I supported growing up and I will always support that team.

“But at the same time it brings a smile to my face because I’ve got the opportunity to go there and compete against a good team and a good manager and try to win the game. That’s my only focus.

“If I’m on the bus heading back down the M6 towards Birmingham and I’m not the most popular at Anfield, so be it.”

Gerrard has won three of his first games in charge of Villa, with the only setback being a 2-1 home defeat to champions Manchester City.

Liverpool present the same size of task as City did, with Jurgen Klopp – who put Gerrard in charge of the Reds’ Under-18 team at the start of his coaching journey – overseeing a run of six consecutive wins with 17 goals scored and only two conceded.

“Liverpool are in a fantastic place and on top form, we’re aware of the challenge and how difficult it’s going to be,” said Gerrard, who described 20-goal Mohamed Salah as “100 percent the best player in the world now.”

“But we’ve got to take confidence and belief from the start that we’ve made.

“We know how difficult Anfield can but other teams have gone there with a game plan and taken something out of the game.

“I will forever be grateful to Jurgen and the best bit of advice I got from him was take your own team and do it your own way.

“What identity you want to use, go and make your own mistakes away from the cameras. Evolve, start your own journey – and I’ll give you whatever support you need.

“That was golden advice for me as a player coming out of a long career who has ambitions to go into coaching and management.

“When I had that conversation I didn’t expect to be competing against him in that short space of time, but I’m looking forward to that challenge.”

Villa have beaten Brighton, Crystal Palace and Leicester to climb into the top half of the Premier League table.

John McGinn has been at the heart of Villa’s revival and Gerrard has hailed the influence of the Scotland midfielder.

He said: “John been outstanding in every way on and off the pitch. He’s a real infectious character around the place and the glue in terms of the squad pulling it together.

“His performances have been high level, so I can understand some noise around John.

“I’ll be disappointed if that noise goes away because that means he’s not playing at that high level.

“But at the same time it’s clear from my point of view that I want to work with John for a long time. He’s very highly respected here and we see a big role for him and pushing Villa forward.”