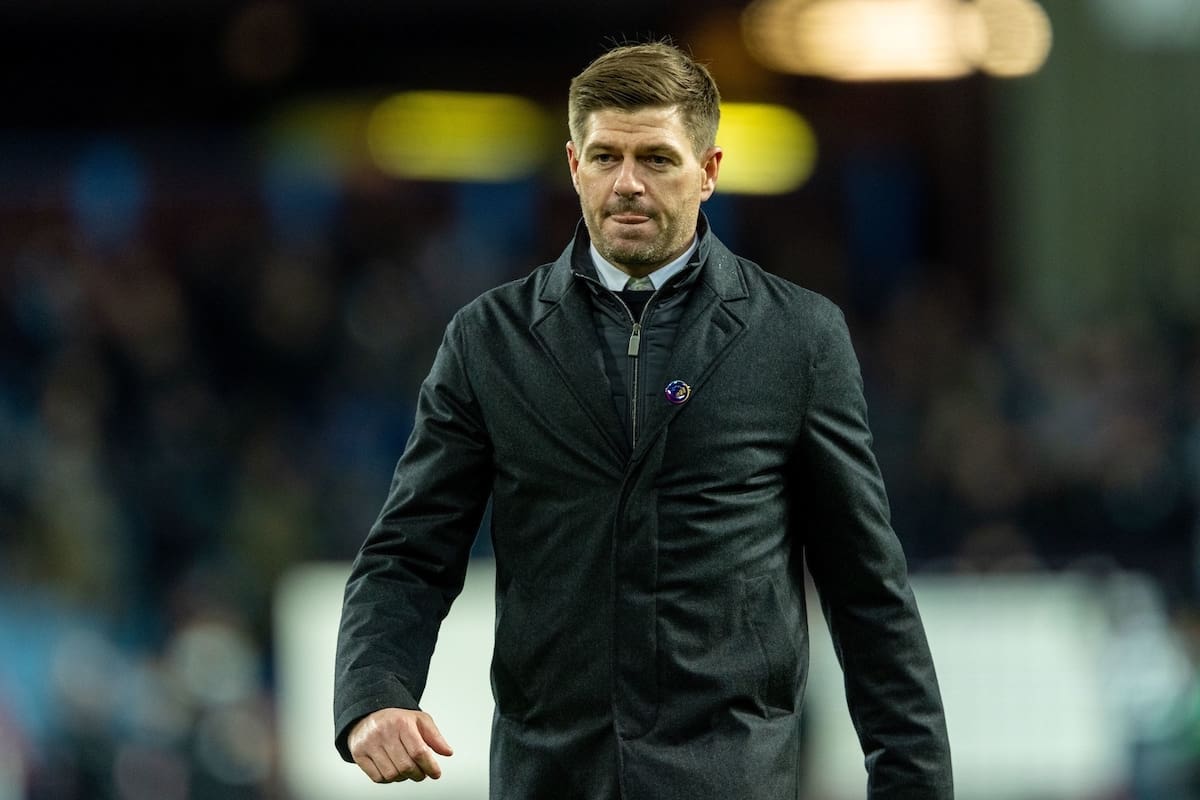 Steven Gerrard insists there will be no sentiment for him to deal with as he prepares to take his Aston Villa side to Anfield for his first-ever game against Liverpool.

After four games as Villa manager, Gerrard has a record of three wins and one defeat, that loss coming at the hands of champions Man City, losing 2-1 in midweek.

The 41-year-old’s excellent start to life at Villa Park continued on Sunday with a 2-1 victory over Leicester, led by his former manager Brendan Rodgers.

Liverpool will face off against Rodgers twice this month, having already met Rafa Benitez’s Everton, but it is the reunion with their old captain Gerrard that is the most significant.

Gerrard is widely considered a long-term candidate to take over from Jurgen Klopp at Anfield, though that is still a long way off, with the German’s contract due to expire in 2024.

But his focus is solely on Villa, with the legendary midfielder rejecting any notion of sentimental thoughts as he turns his attention to Saturday.

“None. None at all. We just want to go there, try to win and try to take what we can,” he told Sky Sports.

“For us, we’re not competing with Liverpool in terms of the level we’re both at at the moment, but we’ll certainly go there and give everything we’ve got.

“We took City to the wire, and I believe we should have taken something out of the game with our second-half performance.

“So we go there with confidence and belief, with three wins out of four, and we go and try make it as difficult as we can.”

It will undoubtedly be a strange afternoon for Gerrard, taking on his boyhood club and the side he spent all but one year of his glittering 18-year playing career.

But his words show him to be a consummate professional, and one wholly focused on the task at hand, as he looks to build a successful side at Villa.

There will be an opportunity for hugs and maybe a beer with Klopp after the game, but rightly so, Gerrard will be looking to damage Liverpool’s title hopes on his return to Anfield.