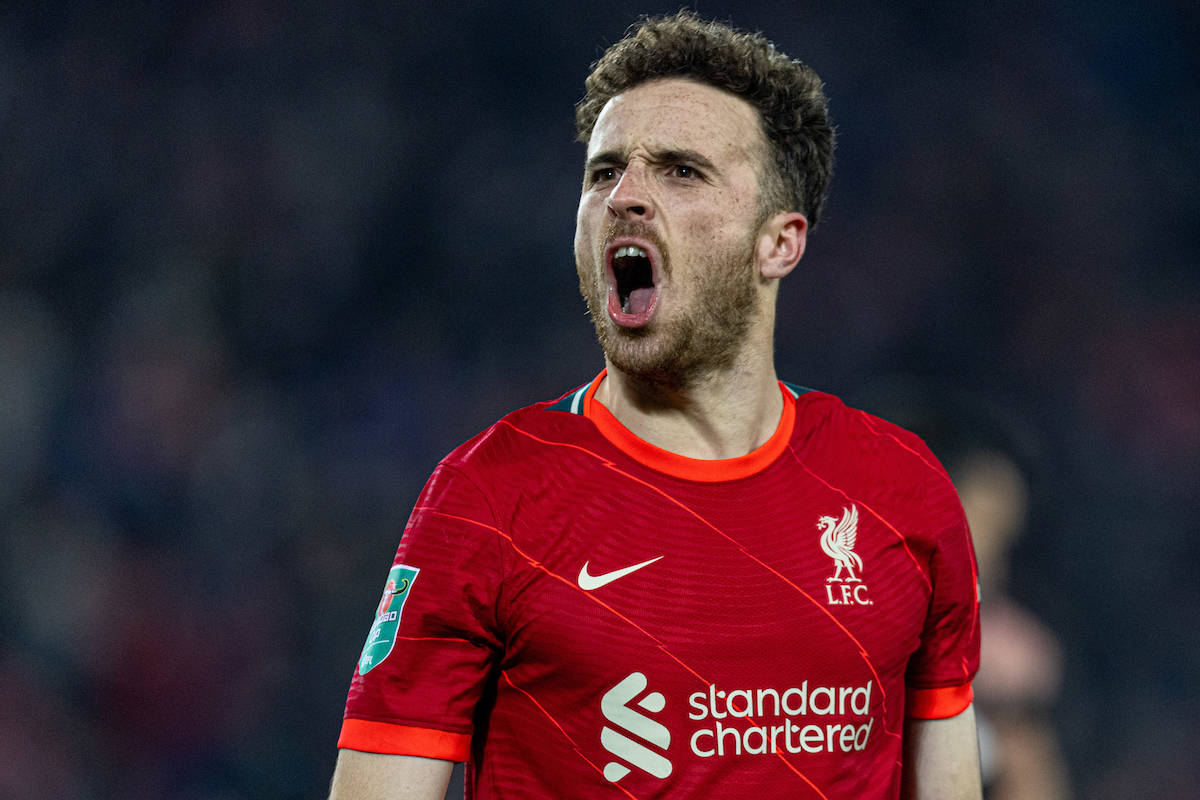 Liverpool forward Diogo Jota is confident they can close the nine-point gap between themselves and Premier League leaders Manchester City heading into the new year.

By the time Jurgen Klopp’s side walk out at Stamford Bridge on Sunday to face second-placed Chelsea – a point in front of the Reds having played one match more – they could trail City by 12 points.

But Jota, who has scored seven times in his last nine appearances and will be expected to shoulder the goalscoring burden when Mohamed Salah and Sadio Mane head to the Africa Cup of Nations after the weekend, is confident it is not an insurmountable challenge.

“We know there is that gap but we also know we are able to close that gap and that’s the plan,” he told Liverpool’s website.

“But we need to avoid what happened against Leicester because if we keep doing the things we did in that game, it’s going to be hard for us.

“We know it’s Chelsea away. We drew with them at home, we know it’s not going to be easy.

“We both want to close that gap but we know at least one of us is going to be even further back.

“We need to be at our best – I know if we do that we are able to win the game there.

“We want to start the year well and the only way is to win the game at Stamford Bridge.”