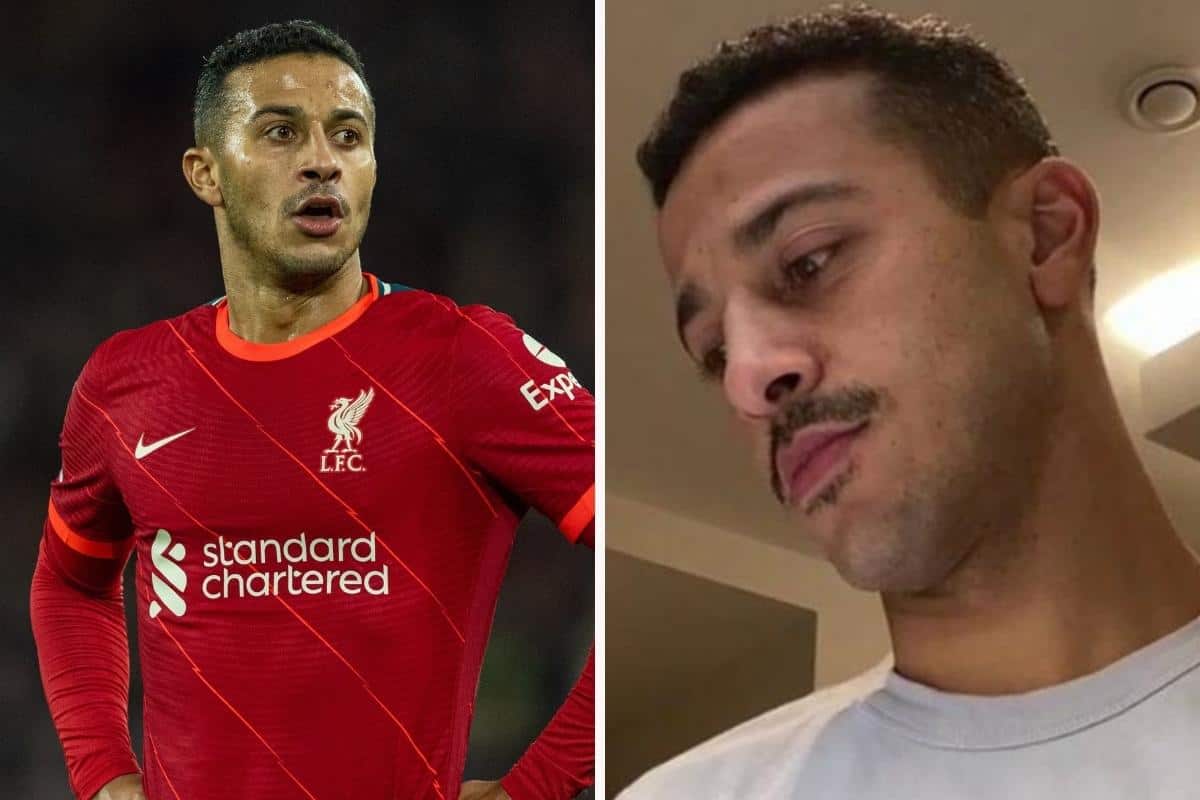 Thiago is one of four Liverpool players currently in isolation after testing positive for COVID-19, and the midfielder has provided an update ahead of Christmas.

Following positive tests for Virgil van Dijk, Fabinho and Curtis Jones, Thiago was ruled out of action prior to the 2-2 draw with Tottenham.

Jurgen Klopp has revealed that Thiago‘s case emerged on December 18, which given the new seven-day isolation rules in the UK, should see him come out of quarantine on Boxing Day.

There is a chance he could be involved for the clash with Leicester on December 28, though it seems more likely a comeback will be targeted at Chelsea on January 2.

More important at this time of year, though, is Thiago‘s time with his family, and at present, he is spending his isolation away from wife Julia Vigas and their two children.

It is unclear whether Thiago will be spending Christmas Day with his wife and children, but Thursday saw him give an update from a video call:

The 30-year-old has been experimenting with his facial hair during isolation, sporting a new moustache, while he gave a clear message as he told his followers to “stay safe.”

Thiago has struggled with injury again this season, with a calf problem ruling him out of nine games, and now he is suffering from COVID-19 for the second time.

But when he has been on the pitch, the midfielder has produced an excellent run of form, establishing himself as a first choice for Jurgen Klopp after starting the campaign behind Harvey Elliott.

His involvement against Chelsea in the New Year could be vital, as Liverpool look to continue their push for the title.