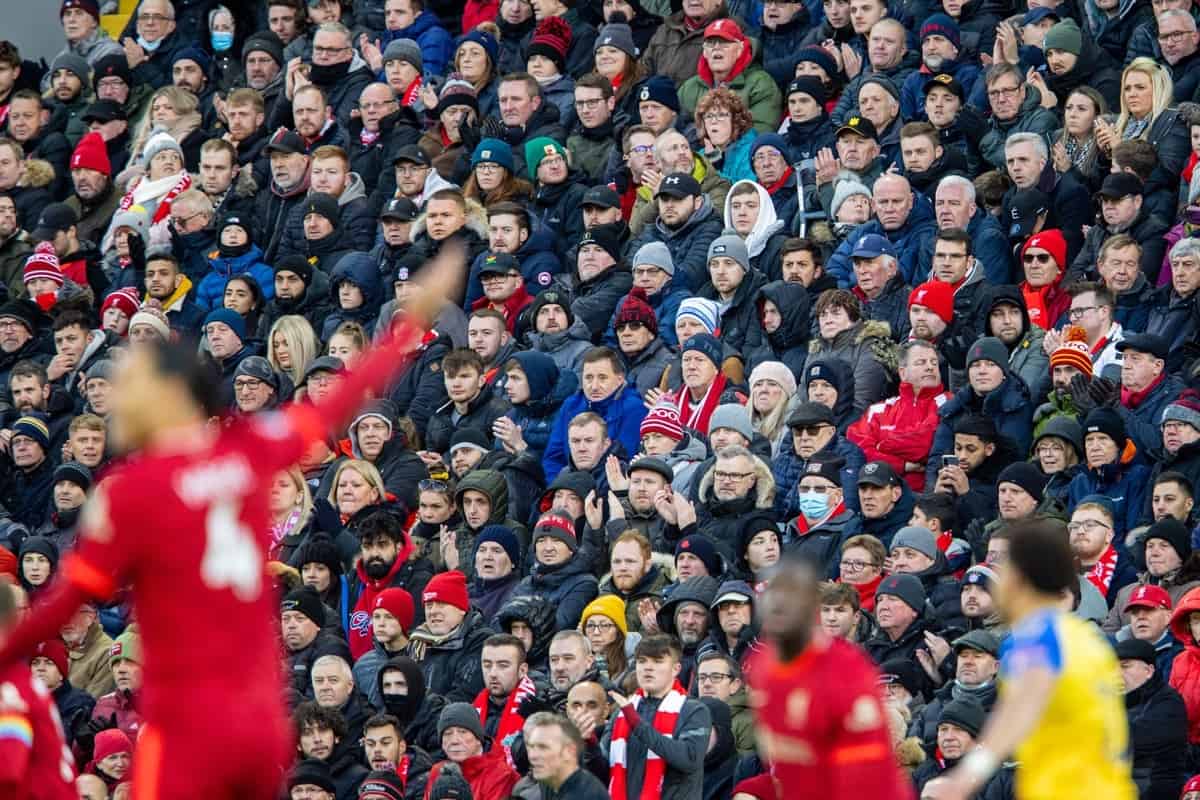 Following the news that the Premier League will push on with their festive schedule despite a rise in COVID-19 cases, Liverpool fans have predicted “carnage” ahead.

With the majority of sides impacted by positive tests in recent weeks, and a busy run of games around Christmas and New Year, the postponement of an entire round of fixtures was considered.

Liverpool were among the clubs to push for a rearrangement of the matches scheduled for December 28-30, with Jurgen Klopp‘s side playing four times in 12 days including a League Cup quarter-final.

But in a virtual meeting on Monday, the 20 clubs were unable to agree on the matter, with no vote taken and the fixtures due to be held as planned.

The Reds will, therefore, play Leicester twice in seven days, with the visit of Leeds to come in between on Boxing Day, before a title clash with Chelsea on January 2.

"If we just stop it and don't do anything, then I don't see the benefit, really."

Klopp on the potential for a Premier League 'circuit breaker' pic.twitter.com/jEOKljr3dk

Klopp is already dealing with four positive tests in his first team, with Virgil van Dijk, Thiago, Fabinho and Curtis Jones isolating, and fears are that further cases will emerge in the coming days.

The manager himself has expressed concern over Liverpool fulfilling their fixtures, and now it seems likely that a youthful side will play Leicester in the quarter-finals of the League Cup on Wednesday.

It is a far-from-ideal situation, and taking to social media following the news, many supporters responded negatively:

All steam ahead for the Premier League over Christmas then. This could be carnage.

Course not, it would make far too much sense. https://t.co/FatmZV2MAJ

This is madness. I want to see the Premier League continue as much as anyone else but have they even considered the health & safety of players here?

About to enter the busiest period of the calendar & they're saying you can play with 13 outfield & a keeper. https://t.co/TBzgdbMoeA

We’ll be royally screwed if more from our squad gets covid.

Of course it’s kept the same. LFC play 26th and then 28th, with likely increasing COVID cases. The integrity of this season is potentially evaporated.

Premier league are a joke

Well..play the kids in the carabao then. #LFC #PremierLeague

It is certainly a contentious topic, and one that seemingly has no simple solution, with there convincing arguments to both maintain the fixture list and to apply a so-called circuit breaker.

The impact of this decision will only be revealed in the weeks to come, and the situation remains a fluid one as clubs test players and staff daily and await further setbacks.

There are, however, major questions over the duty of care to players and whether there is really a place for a third festive fixture between those traditional dates on Boxing Day and New Year’s Day.