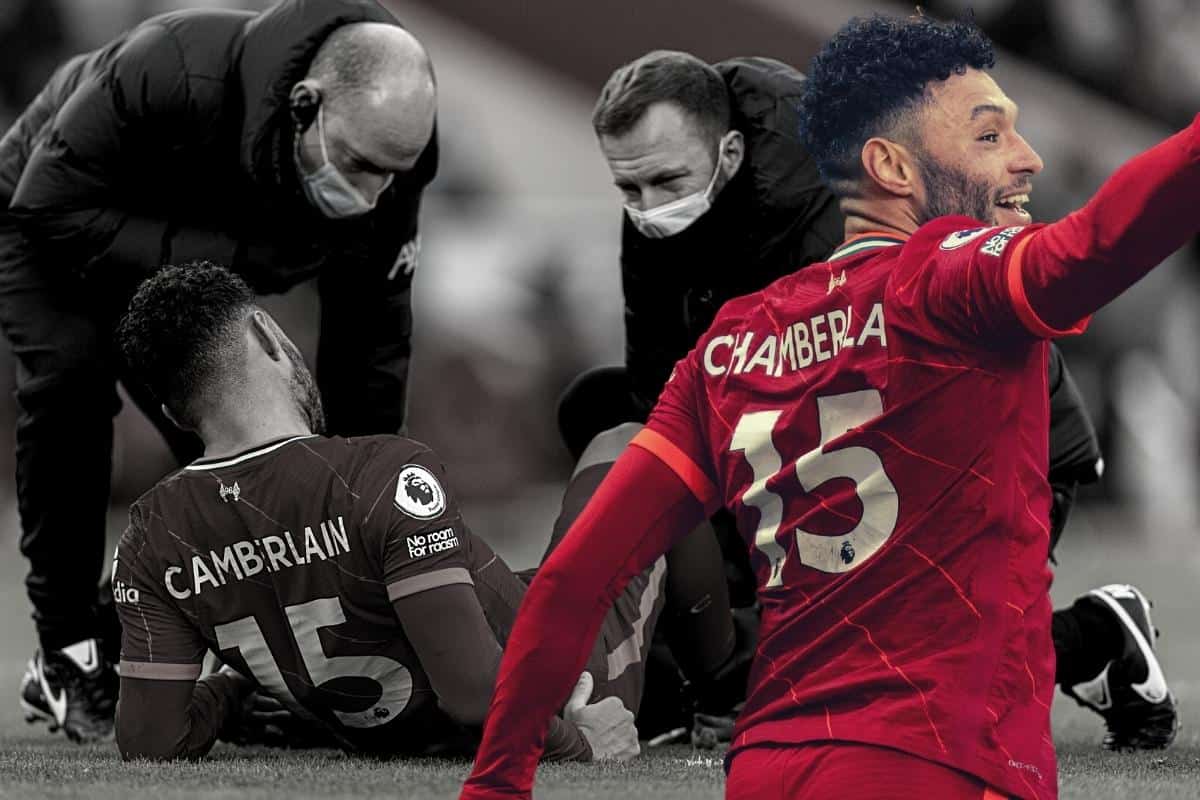 Alex Oxlade-Chamberlain will not be available against Arsenal following his ankle injury but there are hopes the No. 15 could return for Sunday’s trip to Crystal Palace.

The Reds have seen two names on their injury list make a successful return in Harvey Elliott and Nat Phillips this week, but five senior figures had been cast in doubt.

Thiago and Divock Origi have been ever-presents on the list since December while Alex Oxlade-Chamberlain‘s ankle injury on Sunday has forced him into the treatment room.

Curtis Jones and Joel Matip, on the other hand, were notable absentees from team training on Tuesday after back-to-back appearances, but the word is no new injury concerns for the Reds.

Ahead of the finely poised second leg League Cup semi-final, assistant manager Pep Lijnders was the one to provide an update on the squad ahead of the trip to the capital.

“I spoke yesterday with him and he thinks it’s not that bad. We have to assess it day by day. I would not rule out the weekend but for sure not tomorrow,” Lijnders told the club’s official website. 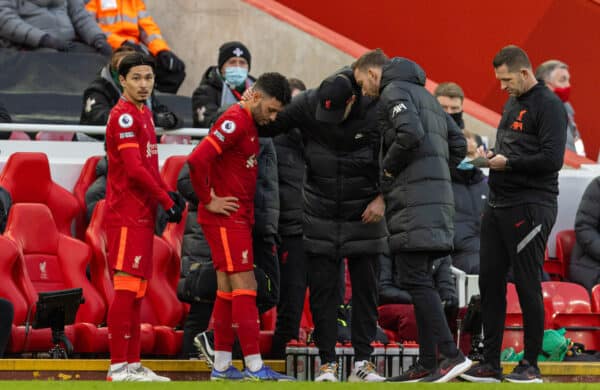 “If we speak about Ox we have to discuss his performance as well. He was outstanding.

“He is in a really good moment so it’s a shame that he falls away.”

It appears to be a day by day assessment for Oxlade-Chamberlain but ankle injuries can be fickle and while thought to be only minor, caution is often the word – especially for a player who has had rotten luck in the injury department.

And while Thiago and Origi are still not in contention, the welcome news is that no fresh concerns were reported by Lijnders.

“No, yesterday training looked really good,” Lijnders added. “We had our second-day recovery; the boys who played [against Brentford] looked fresh after a day off.

“They looked with loads of energy, they were shouting at each other. They have this quality of capacity to make even like a simple rondo, five against two, really competitive.

“We cannot look into their brain but physically they look good and the subs trained, to be honest, really well.”