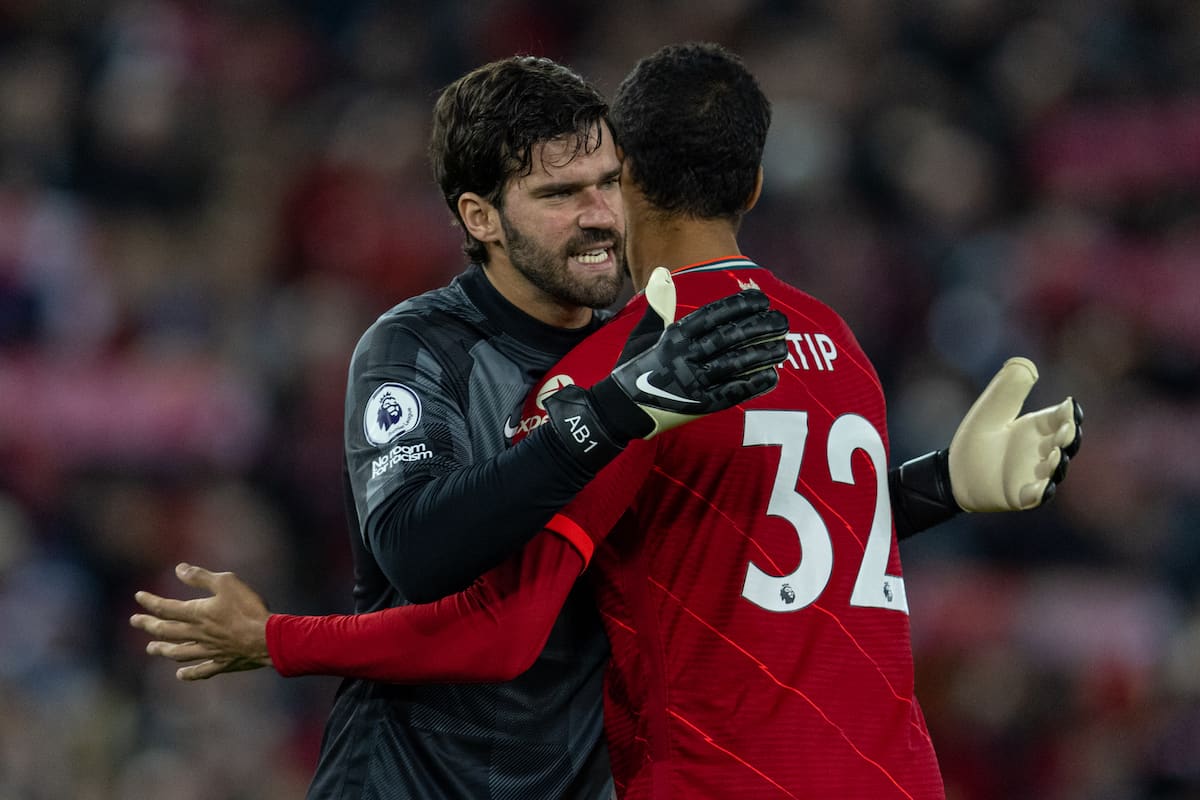 Liverpool’s League Cup semi-final gets underway tonight and Jurgen Klopp has been able to turn to his senior contingent for the occasion, enabling him to name a strong XI.

The Reds are back at Anfield just days on from their FA Cup win and Klopp and co will be looking to replicate the result in the first leg of their League Cup tie against Arsenal.

The manager was insistent that “we are actually quite determined to get through” to the final at Wembley and establishing strong foundations this evening will go a long way in doing that.

And while it is Caoimhin Kelleher‘s competition, Alisson has been named in the XI and will be key on return after a two-game absence due to Covid.

The Brazilian will have a back four of Trent Alexander-Arnold, Joel Matip, Virgil van Dijk and Andy Robertson sat ahead of him.

In midfield, Fabinho is joined by Jordan Henderson and James Milner.

And to lead the line is Diogo Jota, Roberto Firmino and Takumi Minamino, the latter of whom is out to score in his fourth successive League Cup game.

On the bench, Klopp has the likes of Curtis Jones, Alex Oxlade-Chamberlain and 17-year-old Kaide Gordon to turn to. 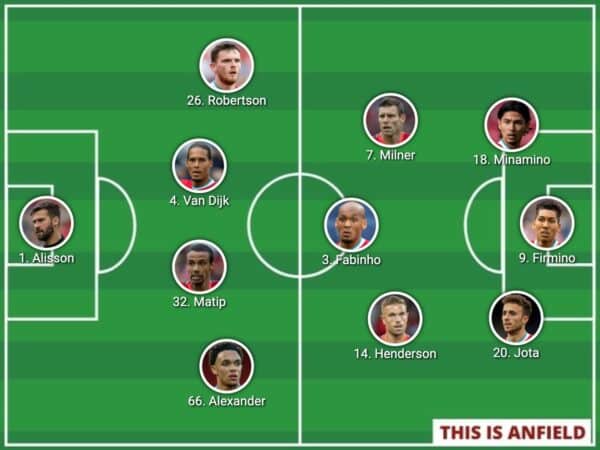