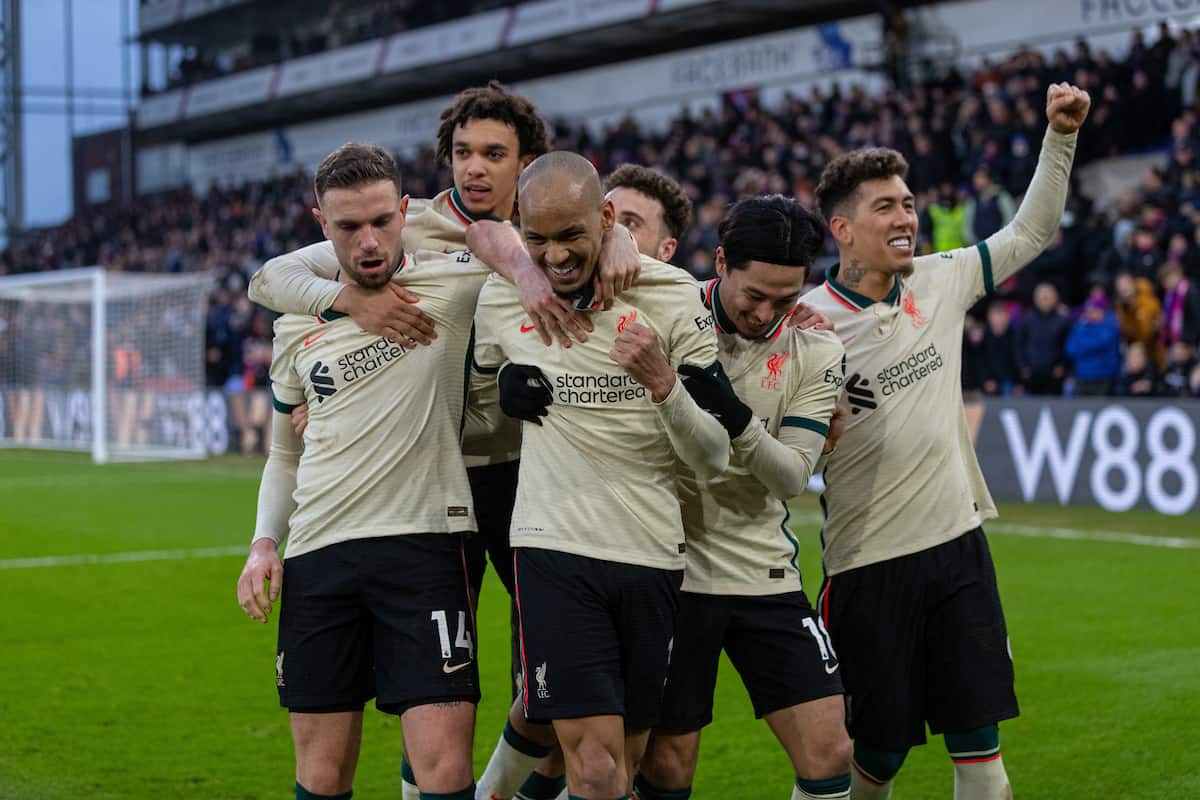 Liverpool started brilliantly then rode their luck as they sealed a 3-1 win at Crystal Palace, a favourable VAR intervention helping reduce Man City‘s lead at the top.

After Man City‘s slip-up at Southampton on Saturday, Liverpool had a big opportunity to close the gap between them and the league leaders to nine points – with a game still in hand.

It was important they started strong at Selhurst, then, and their opening goal came in only the eighth minute, with Virgil van Dijk finding himself completely unmarked at the near post, allowing him to power in Andy Robertson‘s corner. 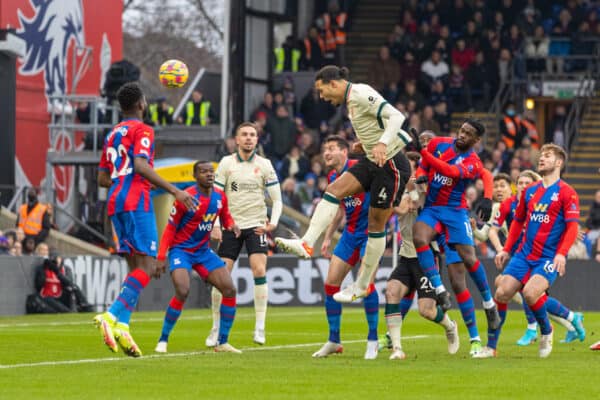 Liverpool should have had another minutes later, with Palace unable to clear and Robertson eventually bending a ball towards the back post, which Alex Oxlade-Chamberlain was unable to convert.

The chances kept coming, and after a brilliant reflex stop from Alisson to deny an offside Jean-Philippe Mateta, the Reds found themselves with a big opportunity at the other end, but Fabinho skewed his effort way over the bar. 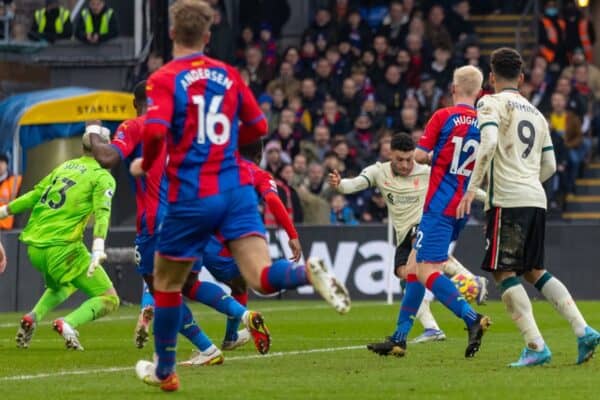 Not long after it was 2-0, though, with Liverpool in incredible form as they suffocated Palace, a flowing move seeing Robertson lay on his second assist of the afternoon as Oxlade-Chamberlain touched it down and hammered in.

Alisson was still needed to keep his side ahead, with the goalkeeper making two brilliant saves to deny Michael Olise and then Mateta to maintain the lead at half-time. 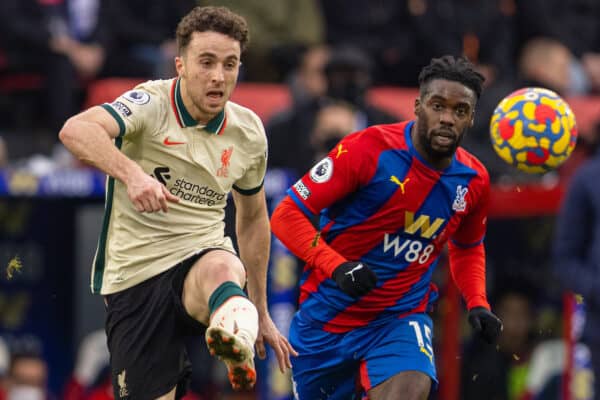 Liverpool almost surrendered their lead straight after kickoff, with Conor Gallagher heading just wide from Olise’s cross and then Alisson pulling off another brilliant save from Odsonne Edouard’s backheel.

The No. 1 was beaten 10 minutes after the restart, however, with neither Van Dijk or Joel Matip sharp enough as Mateta’s diagonal run found him through, and with a square to Edouard on, Palace clawed it back to 2-1. 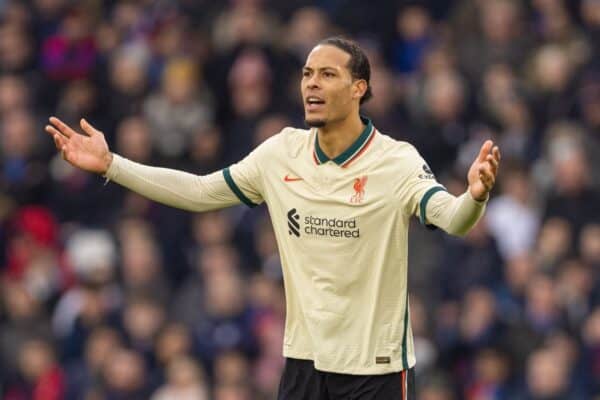 ‘Glad All Over’ rang around Selhurst Park and Liverpool began to shrink into themselves as Palace grew in confidence, the centre-back Joachim Andersen firing just wide with a long-range effort.

Jurgen Klopp turned to Takumi Minamino for an immediate response, and he came on for the goalscorer Oxlade-Chamberlain, perhaps due to the Englishman having only just returned from an ankle injury. 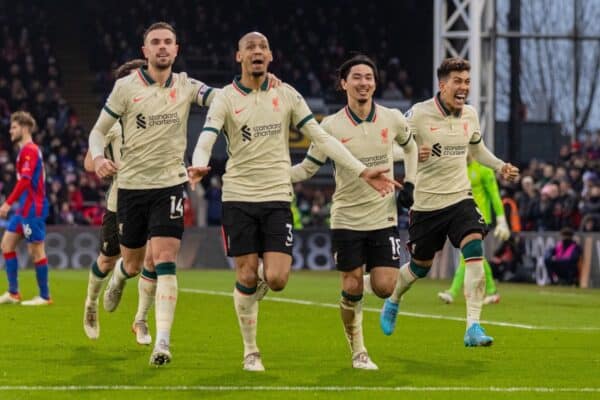 The balance did shift – slightly – back in Liverpool’s favour, with fewer chances for either side in the final half-hour, though Alisson was needed yet again to keep out Olise.

Remarkably, Liverpool were then given a very, very soft penalty late on as Vicente Guaita crashed into Diogo Jota, allowing Fabinho to step up and score his fourth in five games and seal the win.