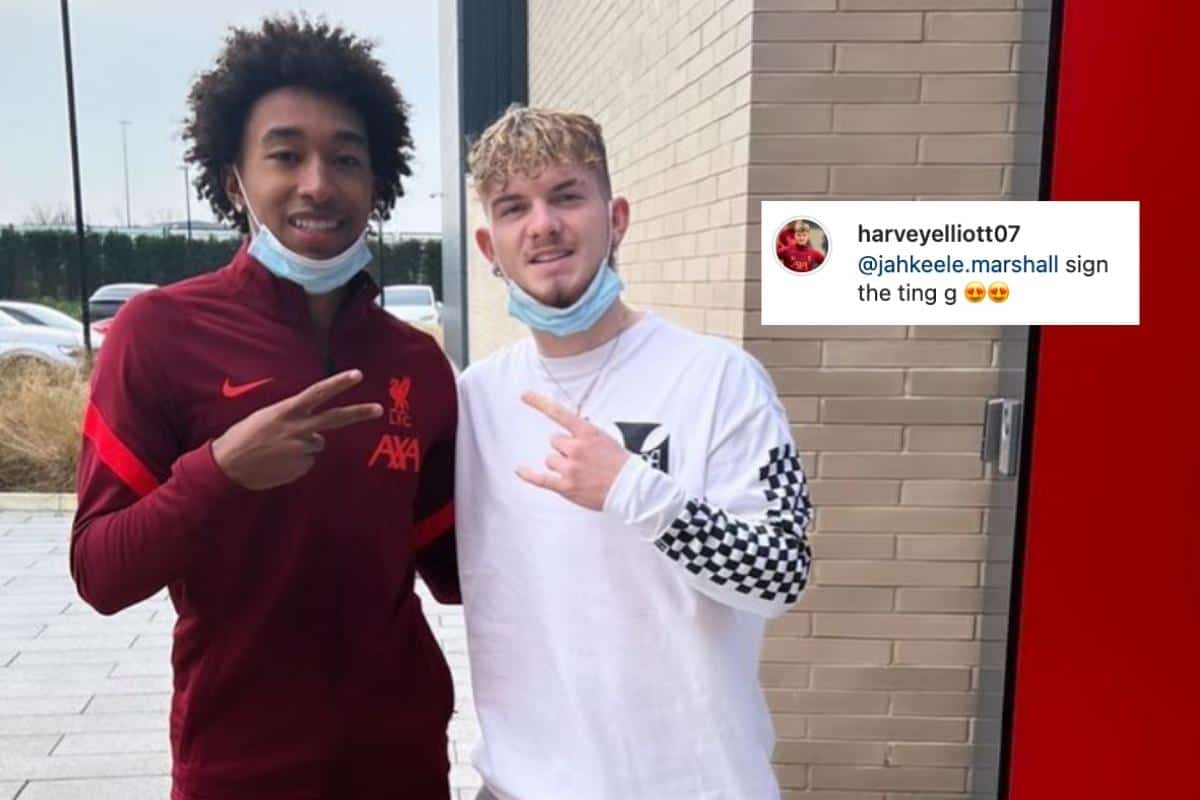 Jahkeele Marshall-Rutty has been on trial at Liverpool and has rubbed shoulders with Mohamed Salah and Harvey Elliott at Kirkby, and it’s the latter who has thrown out the bait.

The Toronto FC youngster spent a fortnight as a triallist at Liverpool prior to the New Year, with the versatile 17-year-old believed to have primarily worked with Barry Lewtas‘ under-23s.

The teenager is namely a right winger but has also plied his trade in central midfield and at right-back with Toronto both in MLS and with their third-tier side.

Marshall-Rutty’s time with Liverpool has been largely kept under wraps but he has been pictured with both Salah and Elliott as both the club and the 17-year-old took a close look at one another.

The teenager has also been on trial with Arsenal and is not short on interested suitors from across Europe, but any deal would only be rubber-stamped after he turns 18 in June.

But in the meantime, Elliott has hinted at a possible Liverpool offer in response to a comment left by Marshall-Rutty on his Instagram, with the Reds’ No. 67 telling the youngster: “Sign the ting g.’

It’s not by any means a certainty that that was what Elliott was referring to but with Liverpool having invited Marshall-Rutty for a trial their interest is obviously genuine.

Reports have suggested that Marshall-Rutty could leave Toronto FC after he turns 18 and he comes with high praise, named among the Guardian‘s Next Generation 2021 list of 60 of the best young talents in world football for one.

Elliott and Marshall-Rutty are separated in age by just 14 months but the former is one of a handful of youngsters who have shown there is a route to Jurgen Klopp‘s first team as if you’re good enough, you’re old enough.

The likes of Bayern Munich, Porto, Juventus and Man United have also been credited with an interest in Marshall-Rutty, the youngest-ever player to be called up to the Canada national team.