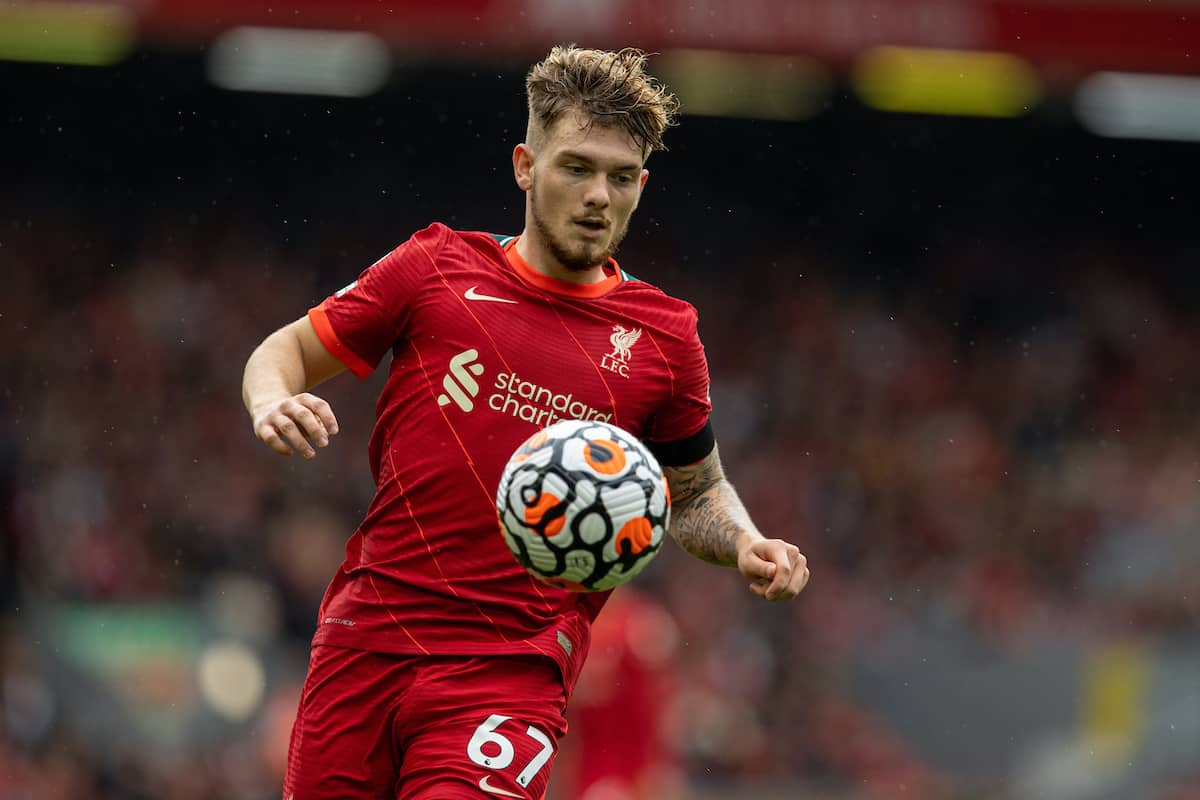 Harvey Elliott played his first game in over four months with a 60-minute friendly outing against Wrexham on Saturday, scoring a stunning solo goal in the process.

It has been four-and-a-half months since a late challenge from Leeds‘ Pascal Struijk left Elliott with a fracture-dislocation in his left ankle.

The teenager underwent surgery and, after a long rehabilitation process, he returned to full training earlier this month with a view to rejoining the squad for the FA Cup fourth-round tie at home to Cardiff.

Before that clash on February 6, Elliott was allowed to get back up to speed with a specially arranged fixture against a Wrexham academy side.

This certainly paid off, with the midfielder scoring once and assisting another in a game that is believed to have ended in a 7-1 victory for Liverpool.

Rhys Williams and Leighton Clarkson are rumoured to have featured, following their return from loan spells with Swansea and Blackburn, while forward Jack Bearne and 15-year-old Cody Pennington were among the scorers.

It wasn’t a tap-in for Elliott, either, with the 18-year-old sharing footage of his goal on his Instagram story on Sunday:

Not getting carried away about Harvey Elliott’s comeback or anything, but…? pic.twitter.com/1AFLLKAHEV

His assist was also impressive, surging down the left flank before arrowing a first-time drive across goal with his left foot:

? And here’s Harvey’s assist, with a nice cross from the left.

Liverpool won 7-1, according to rumours. Jack Bearne among the scorers along with a stunning free-kick from 15-year-old Cody Pennington. pic.twitter.com/xbuJ6mSLW9

Liverpool will remain cautious with Elliott’s reintroduction to the first-team setup, but these videos from Kirkby back up the words of both Klopp and his assistant Pepijn Lijnders.

“He was out for a long time, so we cannot and will not and should not rush it, but he looked directly like he could play!” Klopp said earlier this month.

“We had to force ourselves a little bit, to say ‘no, that makes no sense’ after a long period.”