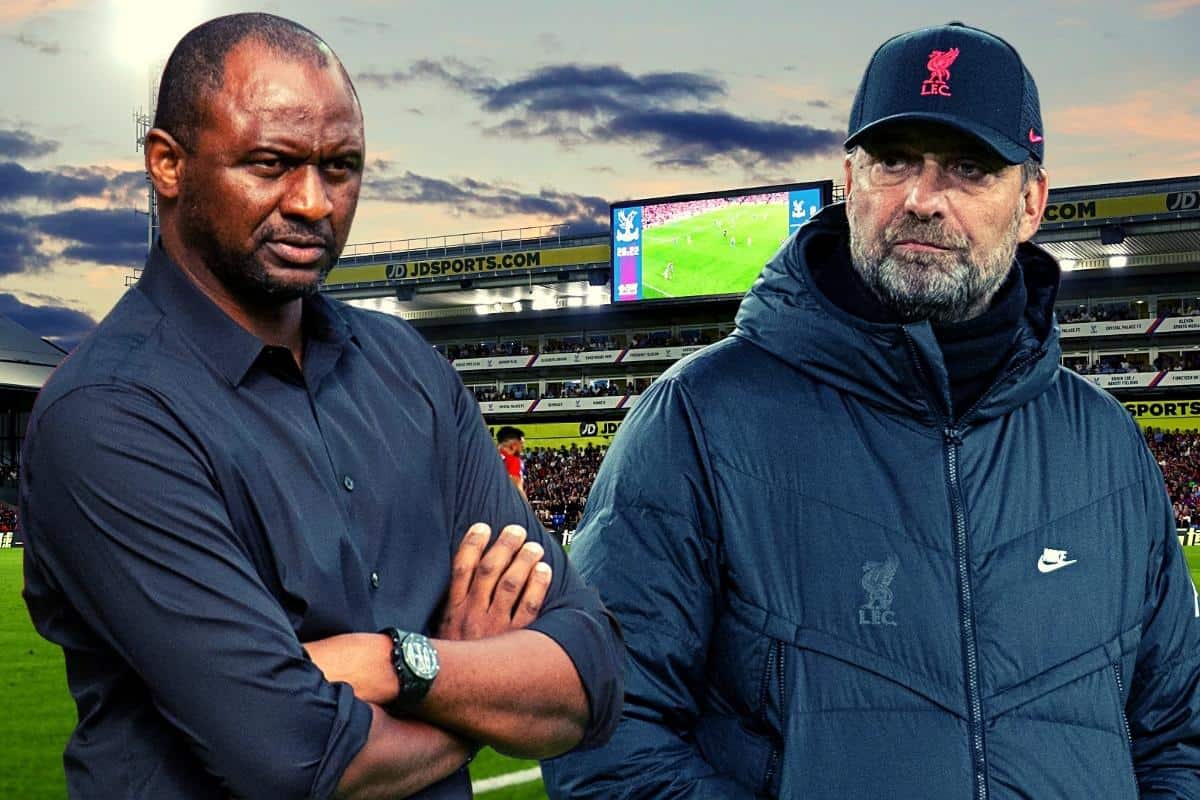 Patrick Vieira has “reshaped” Crystal Palace‘s entire philosophy this season, with fans loving life under their new manager ahead of the visit of Liverpool.

The Reds make the trip to Selhurst Park on Sunday afternoon, as they look to keep some pressure on Man City.

Trips to south London used to be a nightmare for Liverpool, but victory this time around would be their eighth on the bounce at Palace – and their 10th home and away.

Vieira is impressing in his new role, however, and the Reds could be tested against a team reinvigorated after the stale end to Roy Hodgson’s reign.

Ahead of the game, we spoke to Palace fan and writer Alex Jones (@acjonesy1) to hear about life under Vieira, Liverpool’s faint title chances and much more.

How do you assess Palace’s season so far?

On the whole, Palace fans remain as enamoured as ever with the new attacking brand of football being implemented under Vieira.

Our form took a turn, funnily enough, after a barrage of superficially insurmountable opponents that saw us struggling against the likes of Leeds, Burnley and Aston Villa.

Palace’s midfield trio had a gaping hole in energy after our midfield terrier James McArthur sustained a medium-term injury.

Conversely, the emergence of Will Hughes (remember him!) to fill the box-to-box void left by his Scottish team-mate has proven to be a change as shrewd as it is timely.

Palace have generally steadied the ship since his integration, and look set for a comfortable mid-table finish – all with a vast change to the philosophy, tactics and personnel at the club.

There’s been a feel-good factor despite some shaky patches of rising and falling form, with a win over local rivals Millwall and a frankly undeserved draw against historic foes Brighton providing a further injection of bounce to our corner of south London.

Long may the good times last!

What has Vieira changed that has been so successful?

Where to begin? It feels like a total inversion under Vieira in a root-and-branch reshaping of the philosophy at the club.

Helped hugely by an ambitious and successful transfer window, a fluid 4-3-3 shape with emphasis on overloading the left and on a hardworking midfield has injected ferocity in attack and dynamism in defence.

We obviously don’t have the same world-class calibre of City, but the change in approach and suitable recruitment has paid dividends already. 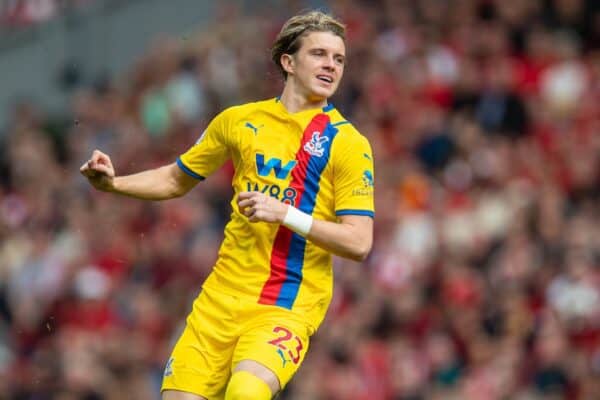 This is genuinely harder to answer than I’ve thought upon reflection, but one easy conclusion springs to mind: none of the top three are Wilfried Zaha.

The obvious candidate is Conor Gallagher.

With top-flight experience under his belt both at West Brom and Palace, he’s been given the freedom to roam as a true box-to-box man and he’s adding goals to his game.

Next is Marc Guehi another that Gareth Southgate has personally earmarked as on the radar of England.

He joins your ace Virgil van Dijk on equal footing as boasting the lowest number of successful dribbles against (one) in the Premier League.

Last up is a late bloomer in Hughes. He only made his full debut in that same Everton game but looks undroppable given his consistent performances in that box-to-box role. 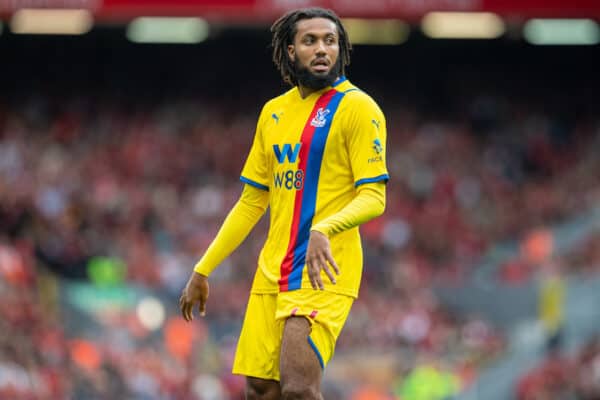 The fringe players have announced themselves by now.

The likes of Christian Benteke and Jean-Philippe Mateta have enjoyed redemptive spells, but it’s other names like another former Red in Martin Kelly as well as Ajax graduate Jairo Riedewald that have struggled to get into the side at all.

Most notably, club captain Luka Milivojevic is increasingly struggling to get in the side, looks a liability whenever he plays and looks an awkward tactical fit.

He is a definitive struggler whose prime years at Palace look firmly behind him.

How do you rate Liverpool’s Premier League title hopes?

Second place for me.

It looks like a Sisyphean challenge to beat Man City now, which I view as a shame given that I’d hate for the league to be monopolised by one club.

Liverpool looked comfortable without AFCON-bound players against Brentford, however, and have momentum over Chelsea in being the nearest challenger to Guardiola’s side.

I can’t see City being caught, but in the event of any spectacular collapse, I fully expect the Reds to be the most likely to capitalise.

Apart from Salah, which Reds player would you most like to see at Palace?

Trent Alexander-Arnold, without a doubt.

Joel Ward, who is due a testimonial this year, is a much-loved legacy player but is clearly struggling at times with the intensity of the system.

He had a great start to the season but since our 2-0 win over City, he has struggled to find his best form.

It would never happen, but Trent’s attacking vision and wing play fills in perfectly for all of Ward’s missing gaps in his game.

Both teams play similar shapes, and whilst I expect Liverpool to outclass Palace in most departments, I feel the midfield will be an interesting battleground.

Liverpool looks depleted in part, whereas Palace are largely able to field their strongest high-energy trio yet.

Tyrick Mitchell is a severely underrated left-back, but even without Sadio Mane and Mohamed Salah, both our full-backs will be in for a fine test, too.

Above all, both those areas should make for a feisty end-to-end game with luck.

No Mane means no trademark Mane goal against us, but I feel the reverse fixture at Anfield was a testament to Liverpool’s good form and was an anomaly in a good run for Palace.

I think the Reds will still come good with plenty of quality, but I think Palace look more offensively competent at this stage of the season.

I’m going 3-1 Liverpool and I will be at Selhurst Park to witness the goals as they go in.