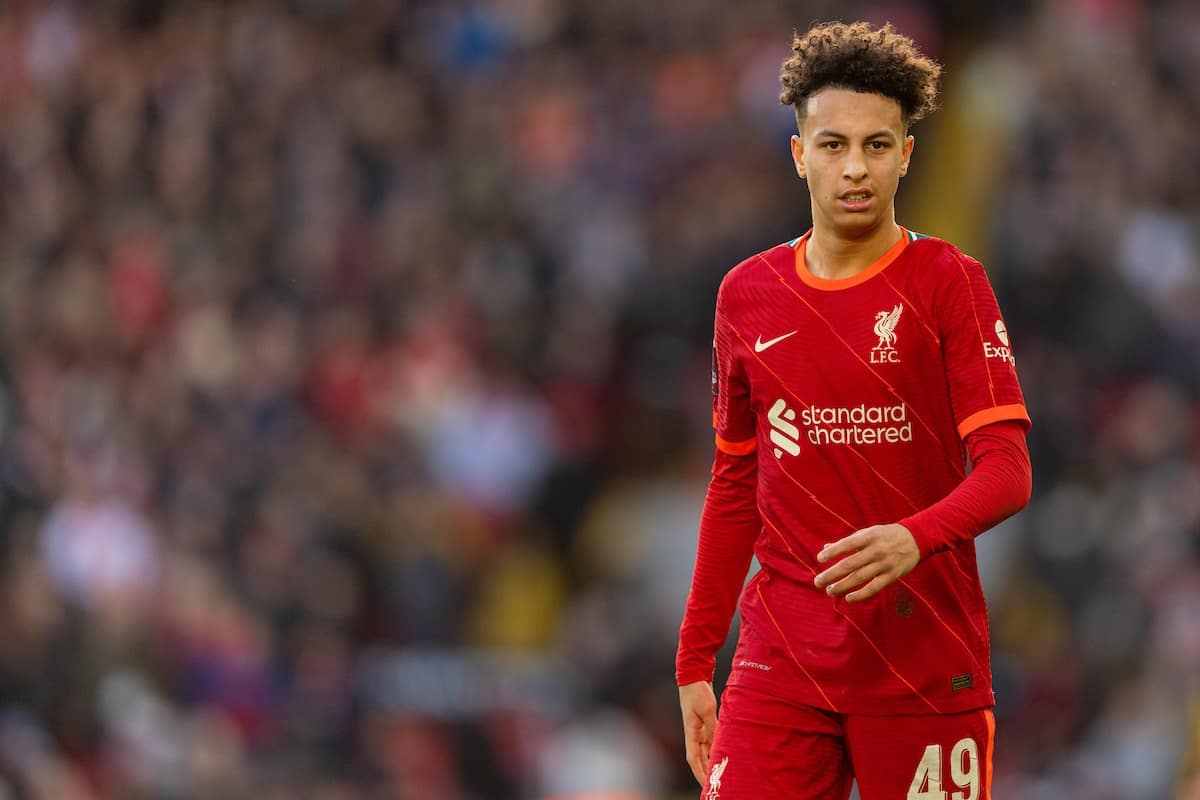 Jurgen Klopp has hinted that Kaide Gordon could play a bigger role for Liverpool in the weeks to come, after his goalscoring display against Shrewsbury in the FA Cup.

Gordon, who only turned 17 in October, made his second senior start for the Reds in Sunday’s third-round clash at Anfield, scoring in a 4-1 victory.

The teenager impressed throughout his 80-minute display, becoming the club’s second-youngest ever goalscorer, along with their youngest in FA Cup history.

With Mohamed Salah and Sadio Mane at the Africa Cup of Nations and both Divock Origi and Harvey Elliott still sidelined through injury, there is a chance Gordon is given more minutes throughout January.

That could come as soon as the visit of Arsenal in the League Cup on Thursday night, with Klopp alluding to there being more to come as he previewed the semi-final first leg.

“Kaide is always in our mind, because he’s just an exceptional talent,” he said.

“He played an exceptional pre-season, but then had a little drop in form – which is completely normal in his age.

“Then [he] played with the U23s mostly, had good games there, less good games, all these kinds of things.

“But he’s an outstanding talent, so he’s here as long as he’s fit, he’s always in my mind and then we will see where that exactly leads.

“The game obviously helped him a lot, because he felt proper adult football, he’s capable of dealing with that.

“That’s a really important thing, getting all these kinds of experiences. So we’ll see.”

It has been a stop-start first full season for Gordon, who joined the Reds a year ago next month, with injury and COVID-19 limiting his outings.

But after an excellent pre-season and a series of standout displays for the under-23s and under-19s, his display in the FA Cup signalled another step up, as was the case with the likes of Tyler Morton and Conor Bradley.

Klopp reflected on that win, which saw nine academy graduates involved in total and seven start, as “very important” for the club.

“In this game, obviously in this specific game against Shrewsbury, we had no other options really,” he explained.

“So that was the team we had to line up.

“Not too much now, but step by step. That’s how football education works. 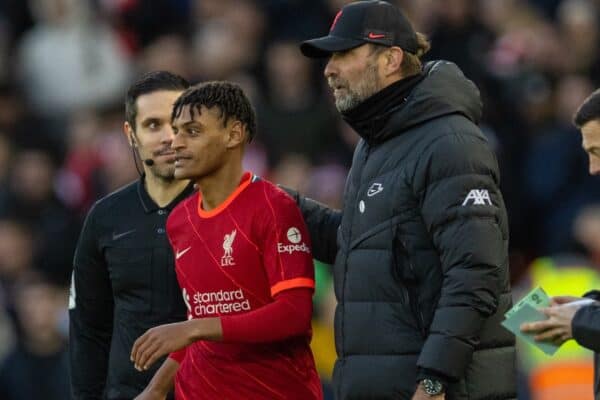 “Then you need, from time to time, these proper tests, so you really see ‘OK, I’m a step closer to where I want to be in the future’.

“So it was really, really good.

“We won the Shrewsbury game, I think, with five academy graduates, plus Caoimh in goal, six. It’s a really big one for us, really nice.

“It felt really, really good after the game because so many nice individual little stories were there out on the pitch.

“It was good for the boys and very important for us.”