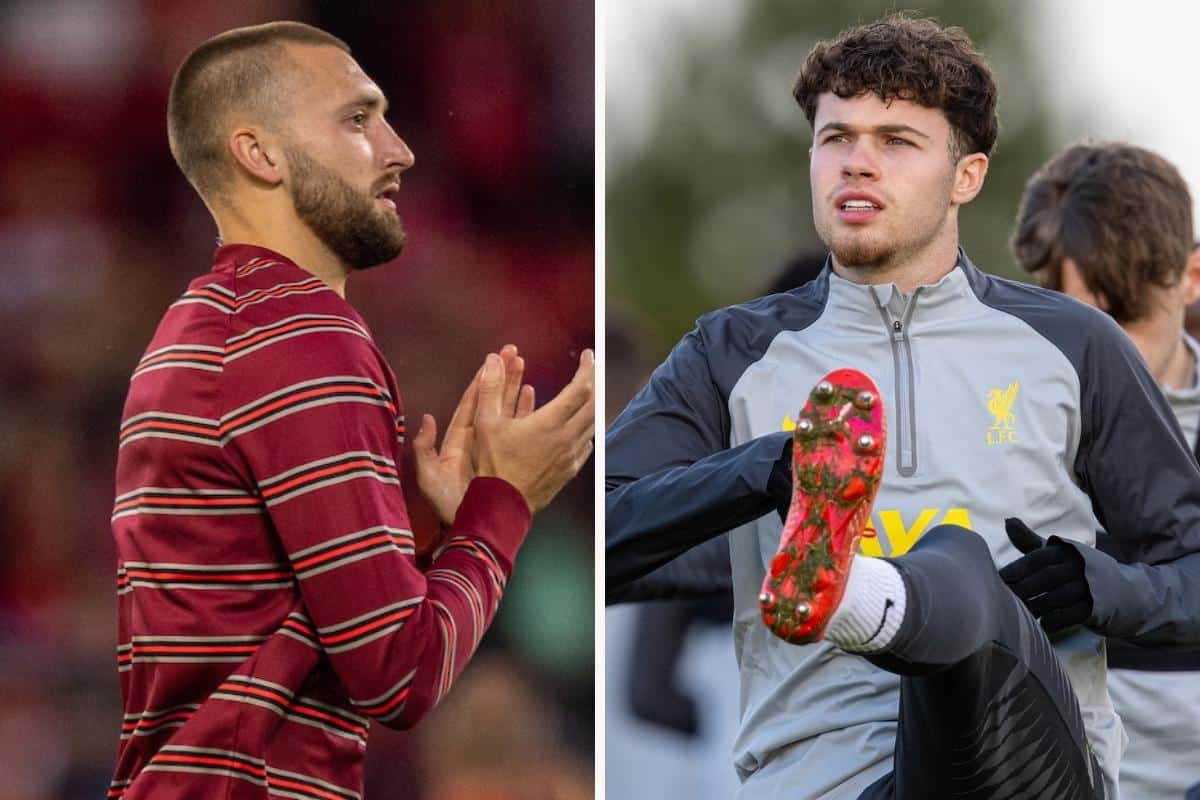 Liverpool have received offers for both Nat Phillips and Neco Williams ahead of the transfer deadline, with the club now left to consider accepting late loan deals.

The Reds are largely focused on outgoings in the final hours of the transfer window, though talks continue over a possible £5 million move for Fulham’s Fabio Carvalho.

Phillips and Williams are among the names linked with an exit, and Championship club Bournemouth have launched a double bid to bring the pair to Dean Court on loan.

Merseyside journalists revealed at lunchtime that the Cherries are hoping to sign Phillips for the rest of the season, with Liverpool seemingly unable to find a buyer for the £15 million price tag set.

According to the Times‘ Paul Joyce, Bournemouth would pay a loan fee to secure the centre-back’s arrival, with Goal’s Neil Jones describing Phillips as “keen on the move” as he “wants to play football.”

Sky Sports’ Mark McAdam has even claimed that the deal is agreed with a medical scheduled for this afternoon.

It would be a disappointing transfer for Liverpool given their attempts to bring in a big fee for Phillips, who signed a new four-year contract back in August.

But as stated, it would suit the player as he seeks regular first-team football, with Bournemouth challenging for promotion to the Premier League this season.

Phillips could even be joined on the south coast by Williams, with it reiterated that the Cherries are also keen on loaning the right-back for the remainder of 2021/22.

However, The Athletic‘s Caoimhe O’Neill reports that the 20-year-old is now unlikely to leave, as he wants to “stay and fight for minutes at Liverpool.”