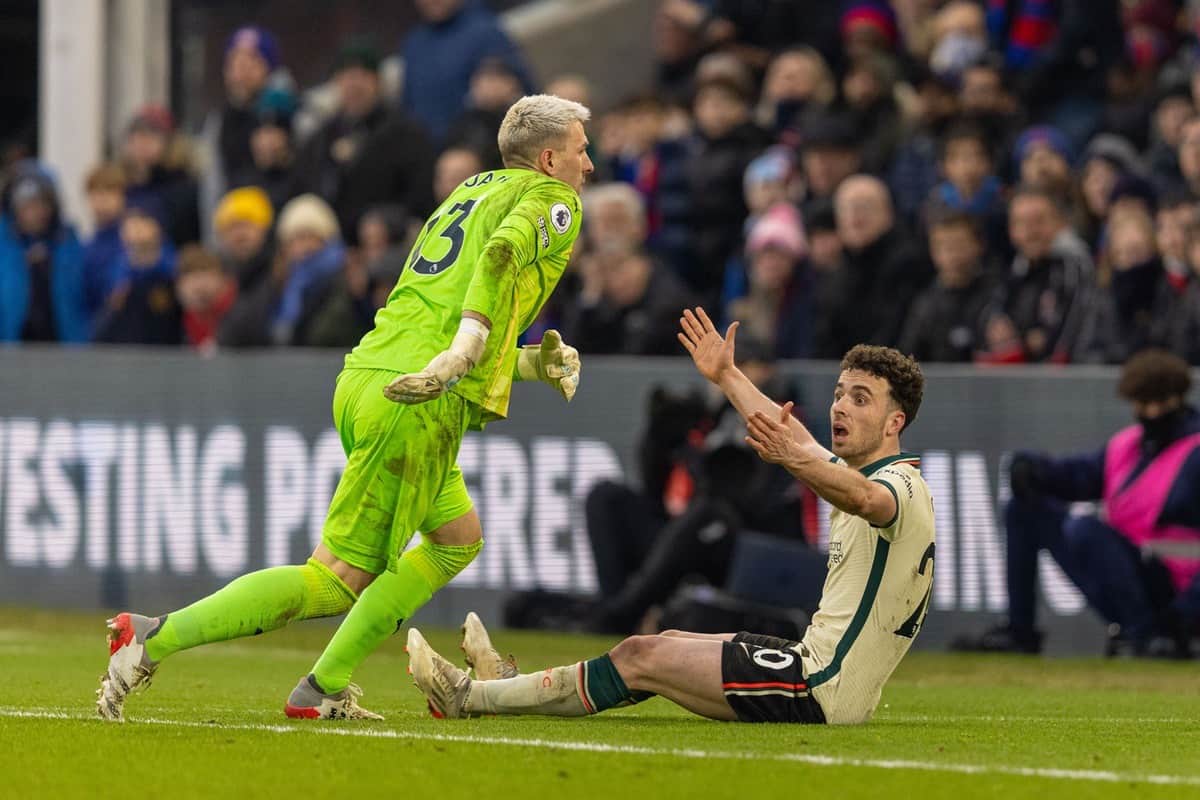 Liverpool were handed a late penalty to seal their 3-1 win over Crystal Palace on Sunday, but fans were left divided over whether it should have been given.

The Reds were 2-1 up but clinging on as they edged towards full-time at Selhurst Park, when a stunning pass from Trent Alexander-Arnold sent Diogo Jota through.

Jota dithered with the ball slightly, and under pressure from Joel Ward, knocked it past Vicente Guaita and out for what many expected to be a goal kick.

But with Guaita sliding out and connecting with Liverpool’s No. 20, referee Kevin Friend presided over a lengthy break as VAR checked whether it could have, in fact, been a penalty.

Friend was told to head to the pitchside monitor, and eventually the Reds were awarded the spot-kick – which Fabinho converted to ensure the three points.

…was it a penalty? ? pic.twitter.com/G8KsDpmNY1

It was a controversial decision from the officials, with Palace supporters ending the game with chants of “sh*t referee,” and as Liverpool fans took to social media, it became clear there was no consensus over whether it should have been a spot-kick.

For many, it should not have been a penalty…

That’s not a penalty

I’d be fuming if that is given against Liverpool by the way.

We needed that but it's never a penalty in a universe where I want to watch football.

In agreement with lots of #lfc fans in my timeline questioning if that's really a penalty. A very surprising decision.

But others noted the contact with Guaita that warranted a penalty…

If that's a defender, it's a penalty, and it should be for a goalkeeper too. Normally goalkeepers get away with, though…

If a defender misses the ball, takes out the striker, then it's a penalty. Should be the same for keepers. Doesn't matter if accidental, it was late and clumsy. That's all it needs to be to be a penalty.

You can’t argue Pickford doing Virgil being a pen or red if today isn’t. Just cos Jota didn’t get an ACL, he was still stopped by the keeper. #LFC

Why does it matter if Jota was going to reach it though? Keeper took all of the man and none of the ball. https://t.co/m8JhKIDAyK

Objectively it was 100% a foul on Jota but if anyone asks if it should have been a penalty then I'm saying it shouldn't have been because it makes it 1000 times funnier. pic.twitter.com/7WxX5aAZ1N

Clumsy and awkward-looking from both Guaita and Jota, but it's probably a penalty that. Ward also lucky Jota doesn't go down earlier.

So what did Klopp say? 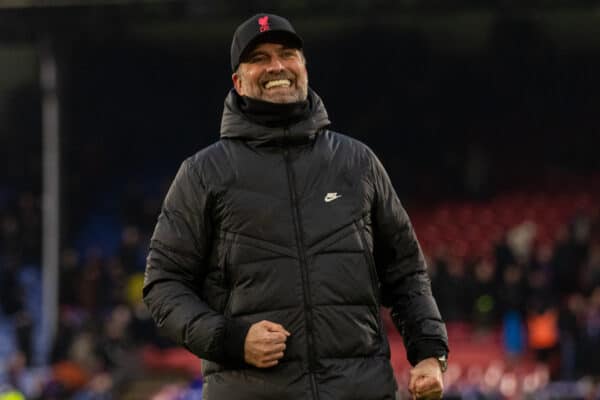 Speaking to Sky Sports after the game, Klopp – unsurprisingly – sided with the officials.

“The Crystal Palace people thought it was no penalty, I understand, but I think that’s the proof you need.”

And how about Patrick Vieira? 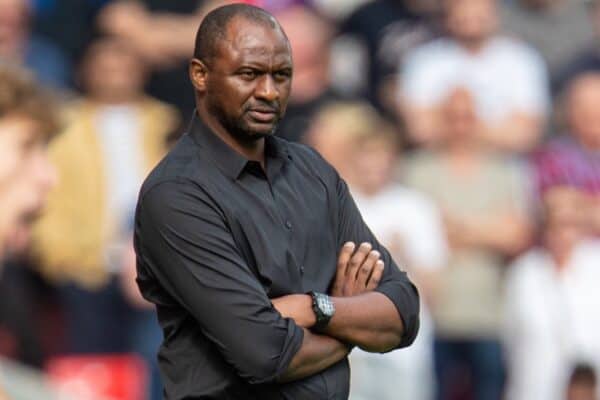 The Palace manager had a right to feel aggrieved, regardless of whether or not it was a deserved penalty, due to the manner in which it was given – particularly due to the length of the VAR check.

“I don’t even want to talk about it, because I don’t want to be disrespectful to the referees,” he told reporters in his post-match press conference.

“That decision took our hope to get back into the game and to get the points away.

“That was a really poor decision by the referee.”